RM Sotheby’s flagship auction grossed an astonishing $148,528,300 in total sales this past weekend, over the company’s three-night auction in Monterey, California (12-14 August), with an impressive 90 percent of all lots sold. Following a hiatus in 2020, the preview exhibition and sales at the Monterey Conference Center were well attended, resulting in bidders from 34 countries with 20% representing new clients.

The opening night of the three-day auction kicked off with the presentation of The Paul Andrews Estate Collection, a remarkable collection of cars, offered almost entirely without reserve. Led by the stunning 1962 Aston Martin DB4GT Zagato, the collection totaled $34,439,000 with 25 of the 26 lots finding new homes. One of only 19 DB4GT Zagatos built, this particular example was ordered new with numerous unique features specified by the original owner. It is undoubtedly one of the most collectable Aston Martins in existence and achieved $9,520,000 – proving to be the top seller of the night and overall top selling lot of the sale.

The two other lots to round off the top three sellers in Monterey were the 1962 Ferrari 268 SP by Fantuzzi and 1966 Ferrari 275 GTB Competizione, both of which were offered on the second night of the sale. On a night which saw Ferraris take seven of the top 10 most valuable lots to sell, the lure of the best examples of Maranello marque is stronger than ever. The 268 SP by Fantuzzi was a Scuderia Ferrari Works entry for the 1962 24 Hours of Le Mans and also a Factory racing and development car for the mid-engine V-8 configuration that became integral to the evolution of the Ferrari P-car series cars. Of the six produced, this is the only original example remaining that is fitted with the larger 8-cylinder engine. It is Ferrari Classiche Certified with the original Fantuzzi “shark-nose” body configuration, boasts matching-numbers throughout and has had only two private owners since 1969. The car is one of the most desirable competition Ferraris in the world and sold for $7,705,000.

Another standout competition Ferrari was the beautiful 1958 Ferrari 250 GT LWB Berlinetta ‘Tour de France’ by Scaglietti, a two-time competitor at the Tour de France in 1958 and 1959, driven by privateer racer Jacques Peron, who specified its light-blue-over-Havana livery. Achieving 4th overall in the 1958 Tour de France and 6th at the Monza Lottery in 1959 and boasting such an enviable period history, the Ferrari achieved $6,000,000 at the auction.

The third day of the sale also saw an incredible single-owner collection of supercars. Offered entirely without reserve, The Fox Collection featured some of the world’s most desirable modern era supercars and hypercars – all boasting unique or rare specifications. Again, Ferraris were star features within the Collection, and it was the 2003 Ferrari Enzo, one of two cars delivered in a Nero-and-Cuoio colorway, which proved to be the top lot, bringing $3,360,000. The 2012 Lexus LFA Nürburgring resulted in an outstanding $1,600,000, breaking the record for Japanese road cars – excluding charity lots. Of the 11 cars offered from The Fox Collection, eight secured a final price beyond their presale estimate.

Another car which garnered significant pre-sale interest was the 1971 Lamborghini Miura P400 S, a U.S.-specification Miura with an incredible history having been hidden away in a California Bay Area warehouse for over four decades. A unique time capsule driven fewer than 16,000 miles which was recently guided through a no-expenses-spared, sensitive revitalization with the aim of keeping the car as authentic as possible. The car offered a once in a lifetime opportunity and was secured for $2,095,000. 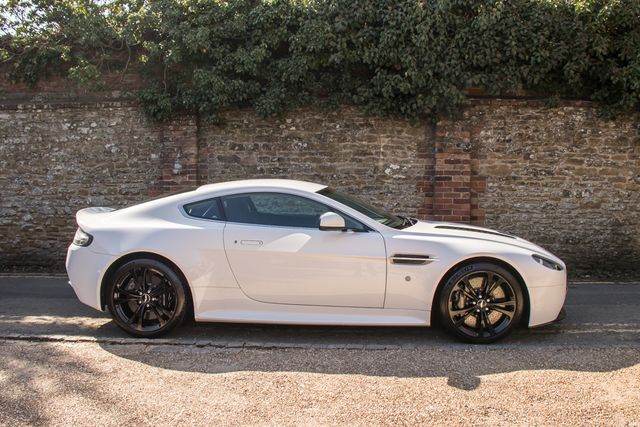