Reviving spirits and renewing rivalries, Rally the Globe is back on the open road delivering unrivalled driving adventures for owners of evocative pre-1977 vintage and classic cars.

Having refuelled both passions and petrol tanks earlier in the summer with four short restorative Cloverleafs reserved exclusively for existing members, the not-for-profit club has just clicked back into overdrive with the Highland Thistle Rally – its first major event since the curtain came down on the epic Southern Cross Safari set largely in the game reserves of East Africa 18 months ago.

Starting and finishing in the Scottish seaside resort town of St Andrews, the rescheduled Highland Thistle (2-7 September) attracted a full-capacity, 35-car entry including teams from overseas as well as the UK. With travel restrictions now lifting, crews travelled from Germany, Switzerland, Kenya, Denmark, the Czech Republic and the USA all eager once again to savour the magnetic camaraderie and competition unique to Rally the Globe events.


Although, perhaps, more famous for another ‘driving’ sport, the ‘home of golf’ was the perfect location for the rally’s start and finish. Based not far from the famous Old Course, St Andrews’ splendid 5-Star Fairmont Hotel provided luxurious hospitality first for the eve of the rally formalities and the rekindling of friendships and then for the post-event prize-giving gala dinner.


In between, crews were treated to an incredible 1125 mile (1800km) of magnificent motoring. The meticulously devised route not only featured many of Scotland’s most spectacular, challenging and remote roads but also top-quality accommodation, fine cuisine, picture-postcard castles and a host of other activities and attractions – plus, of course, a number of competitive speed tests and regularity sections over which the rally itself would be won and lost.

There are few more inspiring experiences than a late-summer drive through the wilds of Scotland and the Highland Thistle Rally had it all: enchanting glens, vast moors, majestic mountains and beautiful lochs. Among the many stand-out highlights, crews travelled over the Ben Lawers pass, up the Rest and Be Thankful hillclimb, through Glen Coe, past the Quirang on Skye and over the Bealach na Bà on the Applecross Peninsula.

After five truly epic days of memorable motoring adventures on many of Scotland’s most iconic roads, Mike and Lorna Harrison took their 1959 Triumph TR3A to a stirring overall victory and top honours in the Classic category while Graham and Marina Goodwin sealed the spoils in the Pre-War category aboard their 1929 Bentley 4 ½ Le Mans replica.


Further class accolades were awarded to David and Jo Roberts (1963 Triumph TR4), Tony Brooks and Andy Lane (1976 Alpine Renault A310) and Manuel Dubs and Giancarlo Tottoli (1940 Ford Coupe). The Spirit of the Rally award was presented to the novice crew of Paul Taylor and Paul Haslam who, in their Ford Escort RS2000 displayed good humour throughout and the Against All Odds trophy was taken by Otakar Chádek and Zdenka Holecková for their effort in keeping their Mercedes on the right road despite an almost total lack of English!

Back at the front, neither the Harrisons nor the Goodwins had straight-forward victories – both crews overcoming major dramas en route to their respective wins.

With the finish in sight, the TR3A developed an unhealthy thirst for fuel and needed last-gasp technical assistance from the experienced Rally the Globe travelling support team to get them over the line.


“The sweep crew saved our bacon – without them we wouldn’t have made the finish,” admitted a relieved Mike Harrison. “At one point we thought we were going to have to push the car over the line but we made it with just a few minutes to spare before the cut-off time.”

Like so many others, Harrison was delighted to be back in action and full of praise for the efforts made by the entire Rally the Globe team.

“The last event we did was in New Zealand in 2020. We came straight back from that into lockdown and we’ve not been able to enter anything since. Thus, to do The Highland Thistle Rally in Scotland in such fantastic weather and with such great company has been absolutely astonishing,” he enthused. “The organisation was absolutely faultless and it’s been an exceptional experience all the way through. Rally the Globe really does have the right recipe for people to enjoy themselves doing competitive rallying in such wonderfully social surroundings.”

For the Goodwins the drama came before the start when their short-chassis Bentley 3-litre Super Sports suffered a fractured oil pipe and seized engine on the drive to Scotland. As a result it had to be substituted by a rather larger and less nimble Bentley 4 ½ Le Mans replica – a big beast which was far less suited to the narrow mountain roads, notably the tight hairpins down into Applecross.

“This wasn’t the car we intended to drive and it was pretty tricky at times but my navigator mastered the maps and we never took a wrong turn,” reported the victorious Goodwin who was another relishing the opportunity to get back in the hot seat. “The event was absolutely awesome,” he waxed lyrical. “Running a rally like this in the Highlands of Scotland is much harder than people think as the accommodation is limited and there’s a real art in finding roads through the best scenery which still facilitate a competitive rally – and this route was truly outstanding.”


The Highland Thistle Rally’s widely-acclaimed success also delighted Goodwin in his role as Chairman of Rally the Globe and endorsed the club’s significantly revised plans introduced in response to the global pandemic.

“People want as much clarity and confidence as they can get in the current climate, so we made our strategic decisions based on what’s been happening in the world just as early as it was sensibly possible,” explained Goodwin. “Our strategy of restarting first in the UK and then moving back into Europe has been proven to be right as we’ve been able to get back rallying as swiftly as things have opened up. Ultimately, of course, we want to set our sights even further afield – we need to be realistic and yet adventurous at the same time.”

Taking another sensible step on that road to revival, Rally the Globe’s next event – the Carrera Italia – comes on mainland Europe in just under a month’s time. It promises to be every bit as astounding as the Highland Thistle Rally with ten days of stunning driving through the majesty of the Ligurian Alps, Italian Lakes, the Dolomites and Tuscany.

Rally the Globe reignites the spirit of adventure 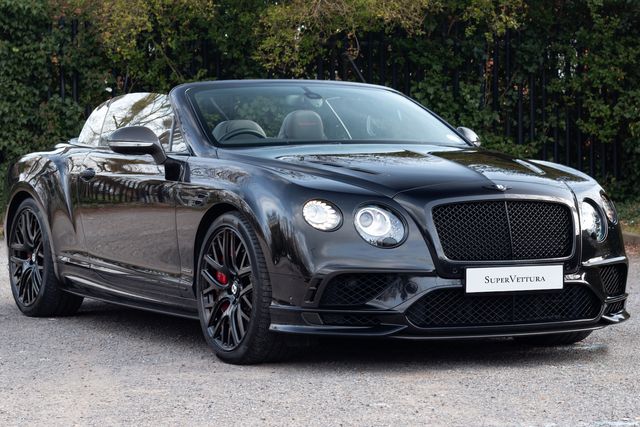