The Silver Cup and Pro-Am titles were decided in the final Fanatec GT World Challenge Europe Powered by AWS Sprint Cup race of 2021, while Mercedes-AMG Team Toksport WRT sealed a clean sweep of overall victories to conclude the campaign in style at Circuit Ricardo Tormo Valencia.

Alex Fontana and Emil Frey Racing clinched the Silver Cup titles, while fellow Lamborghini squad Barwell Motorsport and its pairing of Miguel Ramos and Henrique Chaves earned Pro-Am honours at the Spanish venue. The overall Sprint Cup championship was settled before the final meeting of the year, with Dries Vanthoor and Charles Weerts steering Team WRT to a championship double in the #32 Audi. Valencia would prove to be the all-conquering Belgian squad's only off-weekend of the 2021 Sprint Cup campaign, while their chief rivals Mercedes-AMG Team Toksport WRT produced a faultless display to secure a pair of wins thanks to Maro Engel and Luca Stolz.

Mercedes-AMG Team Toksport WRT grabs opening race victory as class titles remain unsettled
Quick work in the pits proved to be the deciding factor in Sunday's first race. The #38 JOTA Sport McLaren of Ben Barnicoat led away from pole and remained in control throughout an opening stint punctuated by two safety car periods. The first was the result of a multi-car collision on the opening lap that eliminated the #188 Aston Martin, the #7 Mercedes-AMG and the #90 Mercedes-AMG, while the second came after Weerts tipped Ulysse de Pauw (#107 CMR Bentley) into the gravel.

Barnicoat remained in front of Stolz at both restarts, while Ricardo Feller (#14 Emil Frey Racing Lamborghini) passed Timur Boguslavskiy (#88 AKKA ASP Mercedes-AMG) to run third by the time the pit window opened. When Stolz pitted to hand over to Engel, the Toksport WRT crew performed one of the quickest stops of the race. Barnicoat continued to post fast laps at the wheel of the #38 McLaren, but it was not enough to prevent Engel from snatching the lead into turn 1.

Ollie Wilkinson settled into second spot in the JOTA car while Fontana occupied third place overall and comfortably led the Silver Cup class after taking over from Feller in the #14 Lamborghini. The Swiss racer just needed to hold station to clinch the class title, but with a little over 10 minutes left on the clock he misjudged an overtaking attempt on Wilkinson. Raffaele Marciello (#88 AKKA ASP Mercedes-AMG) narrowly missed the spinning McLaren, allowing Christopher Haase (#25 Saintéloc Racing Audi) to slip through into second. Wilkinson's race was run, while Fontana received a drive-through for the move.

Out front Engel was untroubled and won by 8.8 seconds from Haase and Marciello. Fourth overall went to the #99 Attempto Racing Audi of Dennis Marshall and Alex Aka, who bagged their first Silver Cup win of the season in the process. Though the German duo profited from Fontana's late error, this was nevertheless their most impressive run of 2021. Having been set to clinch the championship Fontana was classified sixth, giving the Swiss driver an advantage of 14.5 points over Frank Bird and Ryuichiro Tomita (#31 Team WRT Audi) ahead of the finale.

Pro-Am victory went to the #52 AF Corse Ferrari after a superb battle with the #77 Barwell Motorsport Lamborghini. The two were nose-to-tail throughout the second half of the race, with Chaves knowing that a pass on Andrea Bertolini would be enough to seal the title early. But the wily Italian didn't put a foot wrong and earned the win alongside Louis Machiels, giving the Ferrari duo a mathematical chance of snatching the championship. SPS Automotive Performance also remained in play after its #20 Mercedes-AMG of Valentin Pierburg and Dominik Baumann came home in third.

Emil Frey Racing and Barwell Motorsport crowned class champions as Mercedes-AMG Team Toksport WRT complete weekend sweep
The weekend's second contest marked the 100th Sprint Cup race since the series was established in 2013 and brought the curtain down on the season. For both the Emil Frey Racing and Barwell Motorsport squads, just a few points would be enough to ensure that they joined Team WRT as champions.

At the front of the pack, it was once again the #6 Mercedes-AMG that took charge. Starting from pole, Engel maintained his lead over Jules Gounon (#89 AKKA ASP Mercedes-AMG) into turn 1 and held a small advantage throughout the opening stint. There was another early safety car after two-time series champion Vanthoor triggered a multi-car incident, completing a rare off-weekend for the #32 Audi crew.

The pit stop phase very nearly changed the second race, this time to the Toksport squad's disadvantage. Engel stopped relatively early in the window, while Gounon ran as long as possible and posted a series of quick laps. When the Frenchman ducked in to hand over to Petru Umbrarescu the AKKA ASP squad performed a superb stop, sending the Romanian out with a real chance of snatching the lead. It was close, but Stolz emerged fractionally ahead of Umbrarescu to maintain an unchanged order at the front.

Once again, the #6 Mercedes-AMG was able to dominate the second half of the contest, with Stolz pulling away from Umbrarescu while Norbert Siedler (#163 Emil Frey Racing Lamborghini) closed on to the rear of the #89 Mercedes-AMG. The Austrian appeared to have a pace advantage but could not launch a serious attempt for the position. Under no pressure, Stolz cruised to a fourth win of the season by 15.3 seconds. Umbrarescu secured a career-best second-place finish alongside Gounon, while Siedler completed the podium alongside Spanish ace Albert Costa.

The Silver Cup was dominated by the Mercedes-AMG contingent. Jim Pla kept his cool from pole and was comfortably out front during the opening stint, running with the overall leaders. He handed over to Konstantin Tereschenko, who soaked up significant pressure from fellow AMG GT3 runners Ezequiel Perez Companc (#90 Madpanda Motorsport) and Óscar Tunjo (#7 Toksport WRT Mercedes-AMG) to complete the campaign with a third Silver Cup victory.

With the #31 Audi not in the hunt for victory, Fontana and Emil Frey Racing's titles were effectively secured. After qualifying down the order, the Swiss driver made good progress during the opening stint and was running fourth in class by the time the pit window opened. There were anxious moments in the Emil Frey Racing garage when the #14 Lamborghini made its first stop, with a technical problem costing the car significant time. Feller later reported that he was fortunate to continue, ultimately returning to the track at the back of the order.

As has so frequently been the case this term, Feller produced a stellar stint and moved back up the order. He ultimately secured fourth in class, passing rival Ryuichiro Tomita along the way to make absolutely sure of the title for Fontana and Emil Frey Racing. Having driven the team's Pro car at Magny-Cours, Feller did not share the drivers' crown, though the youngster made a significant contribution to the title success.

That just left the Pro-Am championship to be decided. With the #77 Lamborghini only needing to finish to clinch the crown, the most important task for starting driver Chaves was to survive the opening lap. He did so without any drama, while further up the order Baumann led the class and ran an excellent sixth overall in the #20 Mercedes-AMG. This added some tension, as an accident or technical failure for the Barwell squad would have sent the title to SPS.

In the event they played it cool, with Chaves passed by class rival Jonny Adam (#188 Garage 59 Aston Martin) before handing over to Ramos for the closing stint. The experienced Portuguese racer maintained third spot, doing more than enough to clinch the Pro-Am title on his 50th birthday. Pierburg took over from Baumann and captured a second triumph of the season in the #20 Mercedes-AMG, ensuring that the SPS squad took runner-up in the standings after a highly competitive Pro-Am campaign.

The Valencia weekend concluded the 2021 Sprint Cup season and also saw a number of combined Fanatec GT World Challenge Europe Powered by AWS titles decided. Team WRT added another trophy to its collection by picking up the overall teams' championship, adding to the drivers' crown earned by Weerts and Vanthoor. Fontana and Emil Frey Racing have captured Silver Cup honours, while Barwell Motorsport cannot be caught in the Pro-Am teams' classification. Indeed, the only combined title to be decided next time out at Circuit de Barcelona-Catalunya is for Pro-Am drivers, where the duo of Ramos/Chaves hold a healthy advantage.

Barcelona will be the stage for the season's concluding event in two weeks' time (8-10 October) when the Endurance Cup titles will be settled with a three-hour contest. It has been three years since Mercedes-AMG secured overall victory in the fiercely competitive long-distance championship, but after closing the Sprint Cup season in sensational style at Valencia the German marque will have high hopes of returning to the top step in the final outing of 2021. 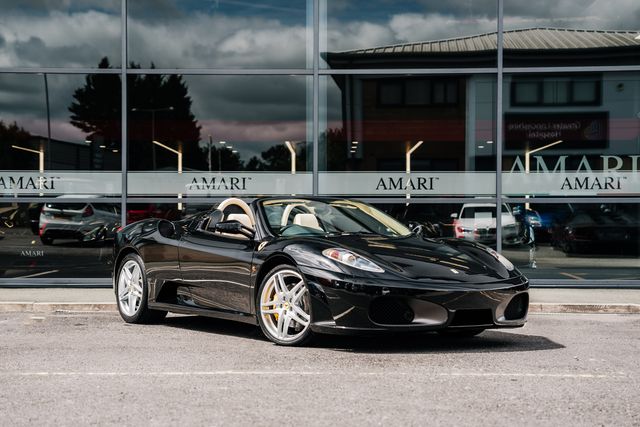