Eric Lux drove a pair of Goldcrest Motorsports-prepared cars to three race wins in last April's HSR Mitty at Michelin Raceway Road Atlanta and is already close to equaling or topping that mark this weekend.

Lux continued to roll Saturday morning at Michelin Raceway with a repeat victory in the HSR Stoner Car Care Global GT race in his 2011 No. 001 Mercedes-Benz SLS AMG GT3. Lux drove the same car to the Stoner Car Care victory at this year's Mitty.

Third overall, and first in the Sasco Sports American class, was secured by Jeff McKee in his unique 1964 No. 51 Ford Falcon prepared by Olthoff Racing. The result was an exact repeat of McKee's American division win last May at Barber Motorsports Park when he also stood third on the overall podium.

Completing the list of Fall Historics Feature Race winners through Saturday is Todd Treffert who earned this morning's HSR Classic RS Cup win in his Speedconcepts 1974 No. 141 Porsche 911 IROC prepared by the 901 Shop. The victory gave Treffert a streak of his own at Michelin Raceway after winning the same race in the Porsche at this year's Mitty.

Additional Fall Classic podium finishers so far include Fred Schulte in his Heritage Motorsports 1973 No. 31 Porsche 911 IROC who joined Lux and Lewis in Sasco Sports victory lane. Schulte completed the Porsche podium while also rounding out the overall top five in the quick and competitive Sasco Sports race.

Fourth overall in the Sasco Sports race went to Craig Ross who was second in the American division in his 1970 No. 72 Cross Ross Boss Racing Ford Mustang Boss 302. Steve Cullman finished third in American in his Olthoff Racing 1966 No. 74 Shelby GT350.

The Sasco Sports International top three was completed by Don Norby in the Predator Racing 1962 No. 7 Jaguar XKE and third-place finisher David Perelle in the 1978 No. 89 Datsun 280Z.

Treffert and his No. 141 Porsche topped an RS Cup podium that also included Lewis, who earned his second runner-up finish in as many days in his No. 9 Porsche, and David Hinton who was third in the Heritage Motorsports 1974 No. 14 Porsche 911 RSR.

Les Long finished second in the Stoner Car Care race in his Air Power Racing 2009 No. 496 Porsche GT3 Cup while Richard Stuart Milne made a successful return to HSR competition with a third-place finish in the 2013 No. 54 Porsche 997 GT3 Cup.

The 2021 HSR Fall Classic wraps up Sunday with the second and final rounds of the HSR WeatherTech Sprints for all Run Groups. Sunday's schedule begins with the second B.R.M. Endurance Challenge race of the weekend, a one-hour contest for Historic, Prototype and GT Modern (GTM) race cars from primarily this century. 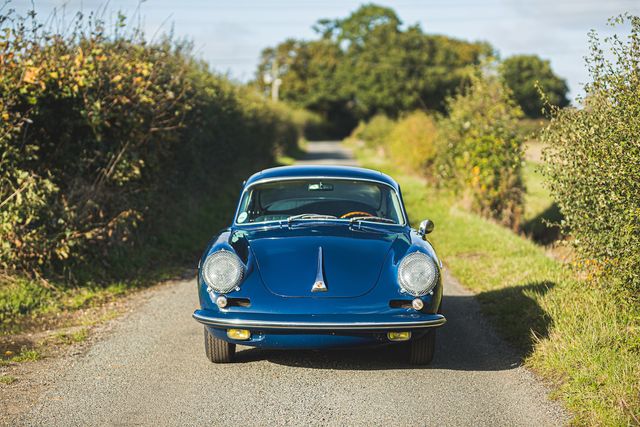