The Riyadh Car Show 2021 Auction by Seven Concours is taking place on Thursday 25th November (5pm GMT) at The Plaza, Riyadh. The auction will form part of the Riyadh Car Show, the largest and most prestigious automobile car exhibition in the Middle East. The show promises one of the greatest displays of modern, classic and rare cars - welcoming over hundred-thousand visitors across the week-long event.

Returning to the event is The Riyadh Car Show 2021 Auction, powered by Silverstone Auctions. This auction will mark the second time in Saudi Arabia for Silverstone Auctions, returning after their successful debut Riyadh sale in 2019. The previous auction saw a collection of truly unrepeatable hypercars, supercars and classic cars go up for sale, including the auctions star car - a 2017 Pagani Zonda Riviera - which sold for an astonishing $5.5m US dollars.

The Riyadh Car Show 2021 Auction by Seven Concours, once again promises to offer an unrivalled collection of best-of-breed cars to market. The lot list is already growing with some unbelievable examples already entered to auction, including a 2021 McLaren Elva, a 1993 Porsche 911 (964) Turbo S Leichtbau and a 2019 McLaren Senna.

Speaking on the announcement, Silverstone Auction’s Managing Director Nick Whale stated, ‘We are delighted to be returning to The Riyadh Car Show. Our last sale in Riyadh was unbelievable, with some truly unrepeatable cars going up for auction. Our lot list is growing daily; with dozens of impressive vehicles already consigned. Silverstone Auctions are proud to be a partner of such a prestigious and influential automotive event.’

The Riyadh Car Show is part of The Riyadh Season 2021, a five-month celebratory festival of the Saudi Seasons bringing a collection of art, theatre, food and action to the Saudi capital.

Bidding for this auction is available in person, by telephone, online or via commission (pre-bid). 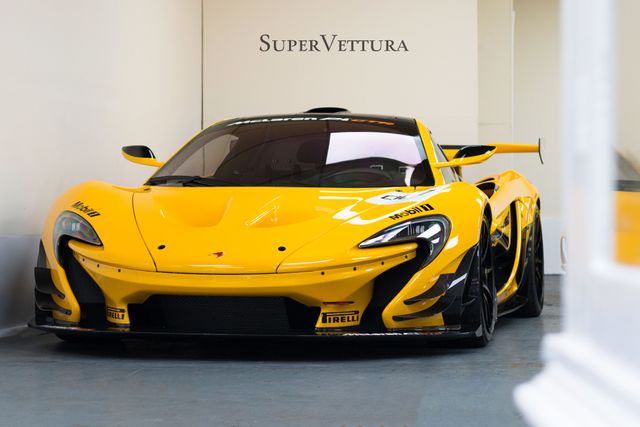