Mathieu Jaminet, in the No. 79 WeatherTech Porsche 911 RSR-19 he shared with Cooper MacNeil and Matt Campbell, edged the team’s No. 97 entry (with drivers Kevin Estre, Michael Christensen and Fred Makowiecki) by 0.318 seconds at the checkered flag after ceding the lead on the final lap of the IMSA WeatherTech SportsCar Championship season finale.

WeatherTech Racing orchestrated the 1-2 finish when the No. 4 Corvette Racing C8.R came into contact with the overall race-leading No. 55 Mazda Motorsports DPi with just under 15 minutes remaining. The Corvette sustained damage when it speared off course, requiring driver Nick Tandy to retire the car.

Estre in the No. 97 had stretched his lead to more than 10 seconds over Tandy when the Corvette encountered trouble, with Jaminet in the No. 79 running a close third at the time. The WeatherTech cars swapped positions in the late stages to maximize championship points for the No. 79, which is a full-season WeatherTech Championship entry.

It marked the third race win of the season for MacNeil and Jaminet, who were joined by Campbell for their victory earlier this year at the Mobil 1 Twelve Hours of Sebring Presented by Advance Auto Parts. Jaminet and MacNeil also triumphed at Road America.

“To finish off the season and win the last GTLM race ever with a 1-2 finish for the WeatherTech Porsches is amazing,” said MacNeil. “There couldn’t be a better way to end the season. There was a lot of hard work involved, so big thanks to the team for everything this season that led up to this.”

The race was slowed by 10 full-course cautions until the last two hours and 10 minutes ran clean.

“Just staying out of trouble was the key,” MacNeil observed. “With as many cautions as we saw today, it was just a matter of time until you were caught up in one yourself. There’s not a scratch on our Porsche.”


Jordan Taylor and Antonio Garcia clinched the 2021 GTLM championship for Corvette Racing by starting Saturday’s race. While they won the championship by simply taking the green flag, the No. 3 Corvette C8.R wasn’t around to see the checkered flag.

Taylor was at the wheel when he was swept into an accordian-style eight-car accident on a restart at the start of the fifth hour. After cresting the hump that precedes the downhill braking zone for Turn 10, Taylor found the track blocked by a group of slower cars and slammed into the back of a GT Daytona entry.

Garcia, who was watching on television at the time, was not surprised there was a crash.

“I could anticipate something happening after three or four restarts because traffic was crazy today,” he said. “There was a lot of tension between the classes.”

Taylor said it was the biggest accident of his career and estimated the impact speed at 110 mph.

“Definitely a scary moment when you come over the crest in fifth gear and everyone is stopped,” he remarked. “The stack-up effect is always there in (Turns) 10A and 10B; it was just way more extreme today.

“At first I thought I broke my back – that’s how hard the impact was,” he added. “My lower back is a little sore with some muscle spasms, but I’ll be fine in a couple days. Thankfully, Corvette and Pratt & Miller built a race car that kept me safe.”

Taylor’s fourth IMSA championship was almost forgotten in the aftermath of the accident drama. Garcia’s title was his fifth in IMSA competition. The Corvette duo repeated their championship-winning performance from 2020.

“Amazing to get another championship for Antonio and I,” Taylor said. “Two in a row, and it was great to finish off the GTLM era with two championships like that.”

This was the final WeatherTech Championship race for the GTLM category, which is being replaced by the GTD PRO class in 2022.


As is so often the case in the IMSA WeatherTech SportsCar Championship endurance races, the GT Daytona (GTD) class provided a full-on exhibition of close racing, constant lead changes and genuine triumph – with Ross Gunn driving to victory in the Motul Petit Le Mans for the No. 23 Heart of Racing Aston Martin team over the No. 9 Pfaff Motorsports Porsche, whose runner-up effort was stellar enough to earn the season championship.

Through the day and the night at Michelin Raceway, the cars swapped the lead continuously with five, sometimes six, cars consistently on the lead lap in a race whose class lead seldom varied by more than a half-minute. The final margin of victory was 7.857 seconds after 10 hours of racing concluded in chilly 40-degree weather.

The No. 23 Aston Martin Vantage GT3 – with drivers Gunn, Roman De Angelis and Ian James – took the lead for good with only 35 minutes remaining, the top spot changing three times in the final hour alone. It was the team’s second win of the season and first at Michelin Raceway.

“It’s awesome, what a testimony to everybody who works on this team and the great effort they did,’’ James said. “My teammates were amazing today and nobody was going to beat us there at the end. Ross Gunn was just on fire. We’re going to enjoy this one.’’


While just short of the race win, the No. 9 Pfaff Porsche 911 GT3R – with drivers Laurens Vanthoor, Zacharie Robichon and Lars Kern – did everything it needed to earn the team’s first championship. Saturday certainly marked a triumphant comeback for the Porsche, which only qualified eighth fastest in class on Friday but pushed the Aston Martin for the victory all the way to the end.

“We were like, at this point, we might as well try and win the race, too,’’ an emotional Robichon said. “I think I just got something stuck in my eye, I don’t know what’s going on here.

“It’s been pretty special. For Laurens, Lars and myself, it’s the last race as a team so it’s a little bittersweet. But I couldn’t be more proud. It’s super special. We’ve worked together as a team and Laurens came in and this whole team – every guy and girl – it’s what they deserve.’’

There were no assumptions going into this class battle. Three cars – the No. 9, No. 23 and the No. 1 Paul Miller Racing Lamborghini Huracán GT3 – came into the race with a mathematical shot at the title.

Contention was fleeting, however, for the top qualifier among the trio. The No. 1 Lamborghini won the GTD class pole position, but early race contact with an LMP3 car sent the car behind the pit wall for lengthy repairs only two hours into the race. It continued, however, finishing seventh in class. 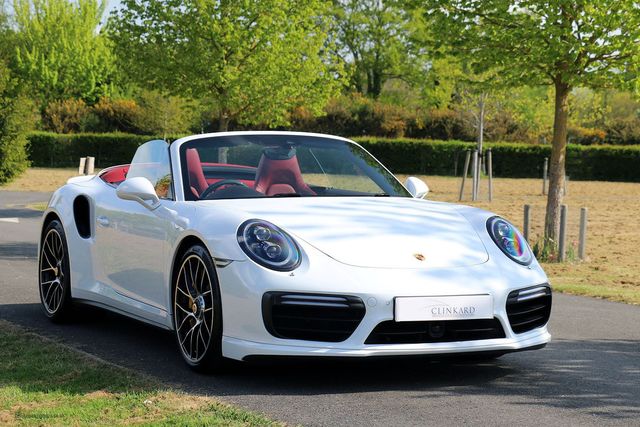