Alpine wins the opening round of the FIA R-GT Cup with its second consecutive victory on the Rallye Automobile Monte-Carlo.
Raphaël Astier led an Alpine sweep of the top four in the most prestigious round of the calendar ahead of countrymen Manu Guigou and François Delecour.
The Alpine A110 Rallys monopolised the best times in their category, extending an unbeaten streak that dates back to 2020.

Twelve months after its successful return to the Monte-Carlo Rally for the fiftieth anniversary of Ove Andersson's victory, Alpine was back for more on this iconic motorsport event. Famous for its capricious conditions, which can sometimes change in a single special stage, the Monte-Carlo Rally has seen the A-arrowed brand forge its legend, notably with the historic treble of the Alpine A110 1800 in the first-ever round of the FIA World Rally Championship in 1973.

To launch the fiftieth season of the World Rally Championship and a new campaign in the FIA R-GT Cup, the rally organisers offered a significantly revamped route with no midday service for the competitors.

Despite these new challenges, the Alpine A110 Rally cars showed the same ease from the outset by taking the top four places in the FIA R-GT Cup in the first timed sectors on Thursday. Manu Guigou, who finished second in the 2021 FIA R-GT Cup, was the fastest in SS1 before Raphaël Astier's reply allowed him to reduce the gap to 7’’0 seconds after the night pass of the col de Turini.

On Friday, Raphaël Astier went on the offensive and took the lead in the first of the day's six stages. The overall winner of the Rallye d'Antibes with the Alpine A110 Rally in October 2021 set the best time in his category on every stage and even beat all the four-wheel-drive Rally2 cars on two occasions.

François Delecour, who was lying in wait behind the leading duo, was relegated to six minutes after a puncture on the last timed sector of the day. The 1993 World Rally Championship runner-up fought back the next day with three best times in tricky conditions but Raphaël Astier was the most proficient on the five-kilometre snowy section on both sides of the col de Fontbelle.

With a 1:36.7s lead heading to the final leg, Raphaël Astier managed his advantage while adding three new scratch times to his tally on Sunday. The Chazel Technologie Course driver then sealed his victory, Alpine's seventh in a row since its debut in FIA R-GT, as well as a superb fifteenth place overall.

Manu Guigou and François Delecour completed the 100% Alpine podium ahead of Christophe Casanova, who also drove a model of the brand created by Jean Rédélé. On his first start with the Signatech-designed car, Canadian Ian Crerar brought the number of A110s in the top seven to five.

Thanks to these performances, which again combined success with reliability as all five crews reached the finish line, Alpine is firmly on top of the the FIA R-GT Cup ahead of the next round, the Rally Islas Canarias (14-15 May). 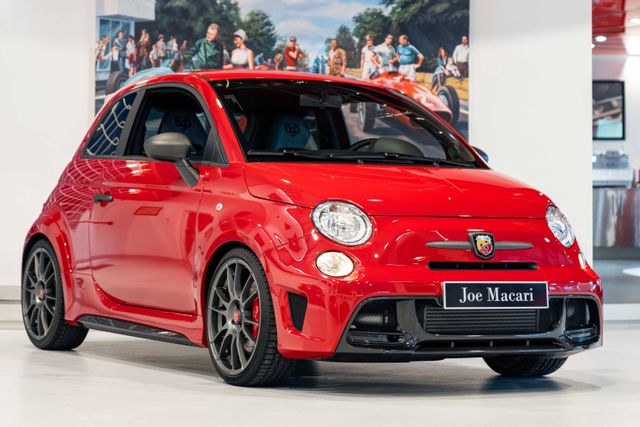