Designed by F.A. “Butzi” Porsche, the groundbreaking 904 was a state-of-the-art sports car featuring a boxed steel chassis, lightweight fiberglass body, four-wheel disc brakes, five-speed transaxle, and race-tuned Type 587/3 engine. With a design uniquely purposed for outstanding aerodynamic qualities, the 904 proved to be an extremely successful race car, capturing a stunning 1-2 finish at the Targa Florio, and clocking class wins at Goodwood, Le Mans, Monza, and more. This remarkably versatile car was also the last Porsche developed as a true dual-purpose car, equally at home on the road or on the track. For the 1965 season, Porsche built 12 new cars for factory use, including several ultra-lightweight hillclimb cars, as well as updated six-cylinder versions called the 904/6, or Carrera GTS6. Just six of these 904/6 coupes were built, and they came equipped with a competition-ready version of the new Type 901 six-cylinder engine, along with distinguishing rectangular-shaped air intakes on the rear deck, a centrally located fuel filler, and short doors with pull-up windows.

The example presented here, chassis 906-011, made its debut at the Le Mans test weekend in April 1965, and later that year was entered in the Mont Ventoux Hillclimb and the Grand Prix of Solitude. After this season, the car was retired from Porsche’s racing department, and in 1967–1968, sold to Southern California-based Porsche dealer and racer Vasek Polak, who campaigned the Porsche in various SCCA events through 1972. After trading hands several times, 906-011 underwent a complete restoration by Gunnar Racing in 1985, when it was refinished in its correct silver livery and fitted with a proper two-liter, six-cylinder engine rebuilt by Porsche specialist Jerry Woods. Since then, 904/6 has been owned by knowledgeable American collectors, successfully campaigned in historic races, and carefully maintained by the renowned Emory Motorsports. Beautifully presented and mechanically unmatched, this 904/6 represents the ultimate evolution of this landmark Porsche model. 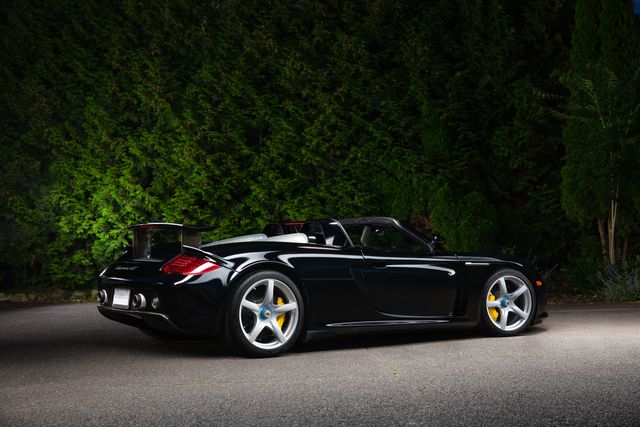