Absolute Racing will be represented by one of the strongest driver line-ups in the European Le Mans Series (ELMS) LMGTE class this year with the announcement that regular driver Andrew Haryanto will be joined by former Porsche Motorsport Asia Pacific Selected Driver Alessio Picariello and Martin Rump.

Andrew Haryanto, one of the team's drivers in the 2021 Le Mans 24 Hours debut, has shown exceptional prowess at the wheel of the Porsche 911 RSR-19. The 2018 Audi Sport R8 LMS Cup Champion intends to build on his European experience from last year, having competed in three FIA World Endurance Championship events.

Andrew is also well acquainted with Alessio Picariello as a driving partner, the pair being team-mates in the Le Mans 24 Hours and in the Spa-Francorchamps and Monza rounds of the 2021 FIA World Endurance Championship. The Belgian driver won the ELMS LMGTE drivers' title in 2020.

26-year-old Martin Rump from Estonia is also a familiar face to the team. The 2021 Thailand Super Series vice-champion with B-Quik Absolute Racing will be giving up his Asian duties for the season to concentrate on the team's desire to secure class wins in Europe.

The three-driver lineup has been with the Porsche Motorsport Asia Pacific customer team for several years. Andrew and Martin both joined the squad in 2018, while Alessio has been racing for Absolute Racing since 2015.

The car will again have the technical support of Proton Competition and will sport the fan-favourite “The Ducks” livery.

The 2022 ELMS will be held over six rounds each featuring a 4-Hour race across Europe: France, Italy, Spain, Belgium, and Portugal. The season gets underway on 17th April with the opening race in Le Castellet, France.

Alessio Picariello (Absolute Racing Driver): “I am really happy to be back in ELMS after winning the championship in 2020. I really wanted to be back. It is a different challenge this year and my motivation is as high as it was back then. I'm excited to work with Absolute Racing and Andrew again. We had a strong Le Mans and two FIA WEC events, and I feel we have a solid package with Martin on board. With Absolute Racing, Proton, and the ELMS comeback, it's a program with a lot of history. I am looking forward to it.”

Martin Rump (Absolute Racing Driver): “I’m exhilarated to be rejoining paths together with Absolute Racing. This time with a whole new plan at a new playing ground, yet feeling at home at the same time. With Andrew and Alessio there, I’m confident in our package to go for the highest position, and certainly it’ll be a fun one.”

Alexandre Gibot (Porsche Motorsport Asia Pacific Ltd - Managing Director): “We’re very happy to see Andrew and Absolute Racing take on the 2022 ELMS together with Alessio. It’s amazing for the former Porsche Motorsport Asia Pacific Selected Driver to continue to compete with Porsche, and especially with a customer from the Asia-Pacific region. Alessio has plenty of experience in the RSR and in ELMS, winning the title in 2020 and of course racing alongside Andrew at Le Mans last year. Best of luck to the team for the season to come!” 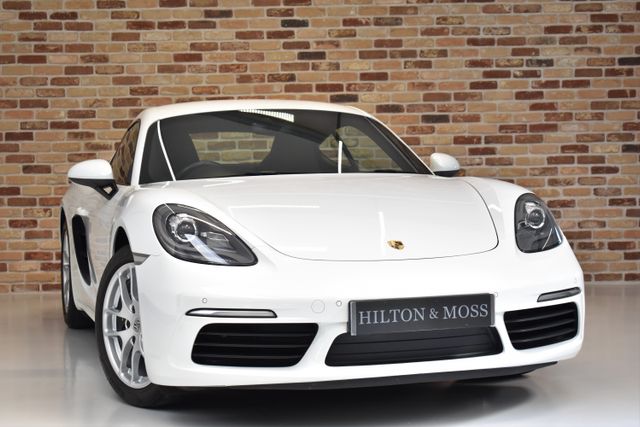