The epitome of what a gentleman’s sports car should be

OFFERED WITHOUT RESERVE - SELLING ON SATURDAY

From The Bill Sipko Estate Collection

With the success of the sensational XK120, the next generation of sports cars from Jaguar had a tough act to follow. Engineers at Jaguar, while quite pleased with the performance and acceptance of their first post-war efforts, knew they could improve. While the displacement of the tried-and-true inline 3.4-litre six remained unchanged, improvements in horsepower were achieved through the use of a higher lift cam, improved porting, and better breathing SU carburetors. These few improvements added 30 horsepower to the overall ratings. In addition to engine functions, the motor was moved forward about three inches for better balance. A close-ratio four-speed gearbox combined with the well-tuned engine led to some highly spirited performance runs. Improved handling on the XK140 was based on the rack and pinion setup first used by Jaguar on the fabulous C-Type race cars. Suspension upgrades included stiffer torsion bars combined with improved telescopic shock absorbers which were now found on all four corners of the chassis. Jaguar’s braking system for the XK120 was one of the best of the day and it was decided to carry this over to the new XK140. Exterior styling on the new model was based on the original XK120s but could be distinguished by its new larger front and rear bumpers, a revised and enlarged radiator grille opening, plus improved rear taillights that incorporated turn signals. As with the XK120, three different body styles were produced - the open roadster, the drophead coupe and the comfy fixed head coupe, all of which offered a bit more room and passenger comfort than the previous editions. For 1955, the company stated, “Jaguar presents a range of models incorporating not only added refinements, but mechanical advances directly derived from their many outstanding successes in international competitive events. All the wealth of experience gained on the racetracks of the world and in record-breaking speed and endurance tests is built into every Jaguar to provide for discriminating motorists the highest degree of efficient performance allied to comfort and safety.”

Coming to the Sipko Collection in 1993, this beautiful roadster is the epitome of what a gentleman’s sports car should be. While solid and complete upon acquisition, it would undergo a thorough restoration. All the body panels were stripped, and it was found most of the lower body side panels were in need of repair. Roger Hirko, the caretaker of Mr. Sipko’s collection, leveraged his superb skills in replacing needed metal and applied the striking black finish to the car. The original numbers matching engine and gearbox were sent to Pruitt Restorations where they completed a sympathetic rebuild and also used their skills in installing the refurbished interior in high-grade tan leather as well as installing a matching tan canvas soft top. A set of period-correct Lucas driving lights have been installed and that magnificent dashboard was restored, and all gauges made ready to monitor the operations of this splendid machine. A new set of knock-off chrome wire wheels were acquired to complete the package and this impressive open two-seat roadster was ready for the road. Since its restoration, this vintage Jaguar has had a number of chances to flex its muscles and pounce on the competition, at least on the show field, with its latest showing in October 2021. Early history of this car has not been verified, though it is believed to have been sold new in the New York area. According to Roger Hirko, caretaker of the collection for many years, this was one of Mr. Sipko’s favorite sports cars in the collection, one that he had found, brought home, and in true enthusiast fashion, worked diligently on its restoration. Restored to be high quality but also a dependable driver, it can bring home ribbons or trophies, but more importantly, miles of smiles from its exhilarating performance, good looks, and ease of operation on spirited open road expeditions. 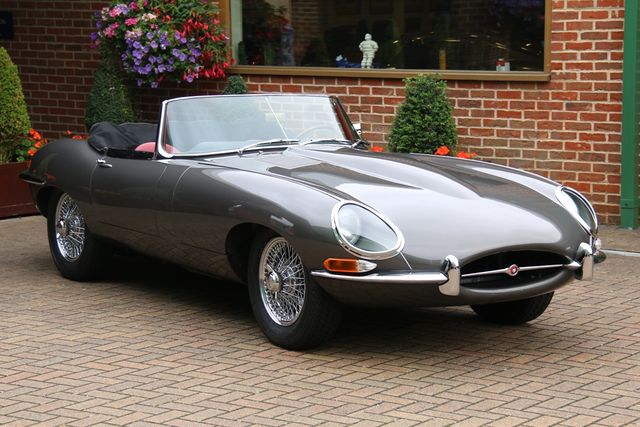