Ferrari’s Charles Leclerc beat Red Bull Racing’s Max Verstappen by almost three tenths of a second to take his second pole position of the season in an Australian Grand Prix qualifying session that was disrupted by two red flag periods. Sergio Pérez qualified third but the Mexican driver was due to visit the stewards after the session to discuss a possible yellow flag infringement during Q2.

Q1 began with both Ferraris heading out on track soon after the pit lane opened and Leclerc immediately moved to P1 with a lap of 1:19.391. McLaren’s Lando Norris slotted into second just under four tenths off the Ferrari driver.

Leclerc’s team-mate Carlos Sainz took over at the top with a lap of 1:19.791 as Verstappen and Pérez began their first flying laps. The Mexican’s effort, a 1:19.307, took him to P2, while Max moved to fourth place, a tenth off his team-mate.

Leclerc was finding time on his second run, however, and he climbed back to the top of the order with the first sub 1m19s time as posted a lap of 1:18.881. Verstappen was also on another push lap and with a purple final sector he took second place 0.044s behind Leclerc.

With six minutes left Verstappen found more pace to claim P1 with a lap of 1:18.580. Pérez posted a lap of 1:18.834 to claim second place ahead of Leclerc. The top six then retired to the pit lane as the battle to escape the Q1 drop intensified.

However, with two minutes remaining the session was halted when Nicholas Latifi collided with Lance Stroll. Latifi, on a slow lap, pulled over to let Stroll past, but his fellow Canadian was on a cool down lap. The Williams man went to pass the Aston Martin driver on the right on the run to Turn 5 but Stroll was already moving across the track and the pair tangled, with Latifi’s car wrecked in the heavy collision.

The session was red-flagged for 15 minutes and the delay gave the Aston Martin mechanics enough time to complete repairs to Sebastian Vettel’s car which had been damaged in a crash in final practice.

The German pushed hard to post a solid time on a crowded track but in the end he could only find his way P18 and he was eliminated along with Williams’ Alex Albon and Haas’ Kevin Magnussen in P16 and P17 respectively and the unfortunate Stroll and Latifi.

In Q2 Verstappen was first out on track, with Pérez not far behind. Verstppen crossed the line in 1:18.611, marginally off his Q1 best, to take top spot, with his team-mate second. Alonso then split the Red Bulls as Leclerc made his way to fourth ahead of Norris.

On his second run Verstappen was unable to find more time, but Pérez did better and his 1:18.340 took him 0.271 clear of his team-mate at the top of the timesheet. The Mexican’s lap was under scrutiny, however, with stewards noting that he may not have slowed for yellow flags when Mercedes’ George Russell was forced to use the escape road at Turn 11. The incident was due for investigation after the session.

Sainz went for his final run of the segment and his lap of 1:18.739 boosted him to third place behind Verstappen. Leclerc then split the Red Bulls with a lap of 1:18.606. Sainz, though, improved again and when the flag fell he rose to second just over a tenth of a second behind Pérez and ahead of Leclerc and fourth-placed Verstappen.

Verstappen was again on track early in Q3 but the Dutchman’s opening run featured a small lock up in the penultimate corner and he crossed the line in 1:18.399. Pérez then took top spot just 0.001s behind his team-mate. Leclerc was running quickly though and his 1:18.239 was good enough for provisional pole.

The session was then red-flagged when Alonso crashed at Turn 11. The Alpine driver reported that he had lost hydraulics and could not change gear as he went into the right-hander. The timing of the crash was not good for Sainz. The Ferrari driver caught the red flag just as he crossed the line and his first flyer of the top-10 shootout was lost.

When the session resumed for the final runs, Pérez put in a good lap but he missed out on beating Leclerc’s first-run benchmark, again by 0.001s. Verstappen made a good gain took top spot with a lap of 1:18.254. Leclerc was one of the last on track, though, and the Ferrari driver was able to find more pace than all his rivals and he claimed his second pole position of the season with a lap of 1:17.868.

Fourth place went to Norris. Lewis Hamilton took fifth for Mercedes, a tenth of a second ahead of team-mate George Russell and Daniel Ricciardo was seventh in the second McLaren. Esteban Ocon took eight place for Alpine but there was disappointment for Sainz who ran wide in Turn 6 on his final lap. The Spaniard finished the session in ninth place ahead of Alonso. 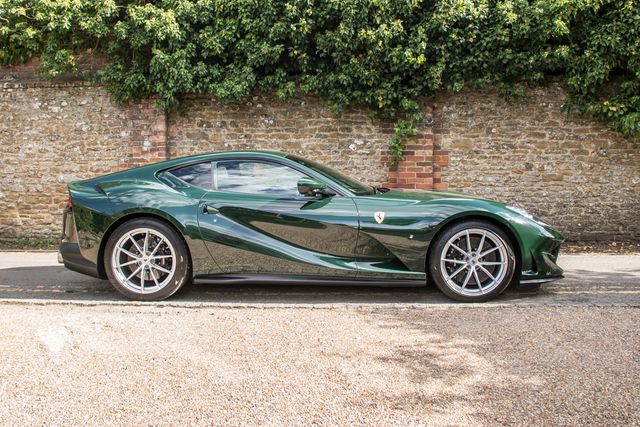