The WTCR − FIA World Touring Car Cup is returning to Italy and embarking on a race of discovery in Alsace after the updated 2022 schedule was ratified by an electronic vote of FIA World Motor Sport Council members.

Following WTCR Race of Portugal on the streets of Vila Real (July 2-3), the all-action series heads to Vallelunga for the second running of WTCR Race of Italy, but the first time the venue close to Rome has hosted FIA World Touring Car racing.

Scheduled from July 23-24 as the fifth event of the season, the WTCR is part of an exciting double-header with the FIA ETCR - eTouring Car World Cup, the all-electric, multi-brand touring car series from WTCR promoter Discovery Sports Events.

After Vallelunga it’s off to Anneau du Rhin in eastern France for the inaugural WTCR Race of Alsace GrandEst from August 6-7, a region new to the WTCR but of significant importance to the automotive and motorsport industries both now and in the past.

The remainder of the schedule, approved by the FIA World Motor Sport Council last November and listed below, is unchanged although Discovery Sports Events continues to monitor travel and quarantine restrictions relating to the events in South Korea, China and Macau in view of the COVID-19 pandemic. However, hopes remain that all three events can take place in 2022.

Jean-Baptiste Ley, WTCR Director, Discovery Sports Events, said: “When we announced we wouldn’t be racing in Czech Republic and Russia this year, we pledged to put in place replacement events as quickly as possible and communicate on them once we had FIA World Motor Sport Council approval. We are very pleased, with the support of the FIA and local event promoters and ASNs to have finalised two new events for 2022. And with both venues new to the WTCR we’re creating an exciting unknown quantity that will only further spice up the on-track action for fans and broadcasters around the world. Vallelunga is an established venue for touring car racing while in Anneau du Rhin we visit the Alsace, a region that continues to perform a key role in the automotive industry, as well as being the birthplace of two of the WTCR’s most successful drivers, Yann Ehrlacher and Yvan Muller, who share six FIA World Touring Car titles between them.”

WTCR RACE OF ITALY, AUTODROMO VALLELUNGA PIERO TARUFFI, JULY 23-24
Opened in 1951 and now a firm part of Italy’s past and present motorsport heritage, Autodromo Vallelunga Piero Taruffi is named in honour of the Mille Miglia road racer, who was the track’s principal design engineer, and has played host to international and national-level competition over the past half-decade. In June last year it was the setting of the inaugural PURE ETCR event, which has become the FIA ETCR - eTouring Car World Cup for 2022. It was also setting of the first FIA Motorsport Games in 2019, which including the Touring Car Cup consisting of two races for TCR cars. The 3.2-kilometre ‘Historical International’ layout will be operational for WTCR Race of Italy, the track used for a number of famous touring car battles in the 1990s.

Alfredo Scala, General Manager ACI Vallelunga, said: “Vallelunga is the history of touring car racing. Thanks to the partnership with Regione Lazio and Automobile Club Italia from July 22-24 we will be able to have thousands of motorsport fans in Vallelunga together with the ETCR on the iconic 3.2-kilometre layout with the famous Trincea corner. We can’t wait to get on track.”

WTCR RACE OF ALSACE GrandEst, ANNEAU DU RHIN, AUGUST 6-7
Anneau du Rhin began life in 1996 and offers a 3.621-kilometre layout inspired by Circuit Paul Ricard. The main straight is 1050 metres long, while its picturesque forest location provides a spectacular setting. Located equidistant between the cities of Colmar and Mulhouse, the venue benefits from access to excellent transport infrastructure and ample accommodation. The Grand Est region is not only home to Anneau du Rhin but also to the Bugatti sportscar brand and a PSA manufacturing plant. Of the 35,000 jobs provided in the local area, 35,000 are in the automotive industry. Meanwhile, Caroline Bugatti, the granddaughter of Ettore Bugatti, is a board member of Anneau du Rhin. Nine-time FIA World Rally champion Sébastien Loeb, plus multiple FIA World Touring Car title winners Yann Ehrlacher and Yvan Muller were all born and raised in Alsace.

Joshua Reibel, General Manager, Anneau du Rhin, said: “François Rinaldi, Caroline Bugatti and myself are very pleased to integrate into the 2022 FIA WTCR calendar. We are preparing in Alsace, historical automobile territory, a big celebration around this event. We are pleased to welcome on his homeland, the King of WTCR for 2021, Yann Ehrlacher. A lot of surprises are coming. We would like to thank all collectivities and partners who made this project possible in such a short period. We are waiting for you all in August.” 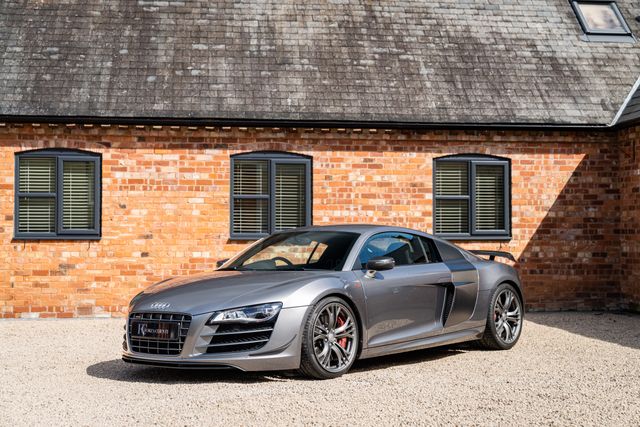