Ahmad Al Harthy produced a faultless performance during round two of the European Le Mans Series at Imola in Italy on Sunday, 15th May, to help secure a dominant GTE class win for his Oman Racing team – in doing so becoming the first Omani to take victory in the prestigious championship.

Going into the 4 Hours of Imola with confidence high after scorching to a superb pole position in qualifying, Al Harthy took the start of the race in the No.69 Aston Martin Vantage GTE and delivered an outstanding double-stint.

Building a significant lead over the course of the first two hours, in a race peppered with Safety Car interventions which impacted his advantage on several occasions, the Omani handed over the car to Sam De Haan for hour three before Aston Martin works driver Marco Sorensen completed the job in style with the run to the chequered flag – claiming victory a lap ahead of the sister Oman Racing car.

“This is amazing, unbelievable!”, said an overjoyed Al Harthy, who is supported by Oman Ministry of Culture, Sports and Youth, OQ, Omantel and MHD-ITICS, “I drove my heart out to be honest, it was a perfect, perfect, perfect race for us. It was extremely challenging throughout, Sarah [Bovy] in the Ferrari was always pushing me and it was just a matter of who could clear and pass traffic better.

“The team did a great job, we were able to really control the strategy very well – that was the reason for a great win. Both Sam and Marco, amazing teamwork, but so much teamwork behind the scenes as well. It’s an amazing feeling to have given Oman its first win in the ELMS, for us to be on the top step of the podium and to hear the national anthem.”

He added: “I want to say a huge thank you to all of the partners and everyone from back home who has been keeping in touch with what’s happening this weekend. It’s such a great feeling to be leading the championship too, and a double podium for Oman Racing with the sister car as well!”

Making the most of his brilliant pole position achieved on Saturday at the Autodromo Internazionale Enzo e Dino Ferrari in Imola, Al Harthy held the GTE lead off the start and was a second clear when the first of several Safety Car periods occurred roughly 10 minutes into the race.

Racing resumed around five minutes later with the Omani just 0.6 seconds ahead over the line, but he swiftly set about pumping in some very quick lap times and at the half-hour mark he held a four second advantage over Sarah Bovy’s Ferrari 488. Increasing his lead further, 10 minutes later a Full Course Yellow period was called due to a stranded car and so Al Harthy chose to make a pit-stop.

Re-emerging in the lead, with his rivals electing to pit the next time around, the Oman Racing driver was 6.5 seconds to the good when racing resumed and he then pulled almost 10 seconds clear as the end of the opening hour neared.

Due to an LMP3 prototype car off the track at Tosa, though, the Safety Car reappeared and so Al Harthy’s lead was negatively impacted. When the cars were unleashed again early in hour two, his advantage was down to under two seconds but he continued to circulate faultlessly.

Once again pulling away at the front, another FCY cautionary period around lap 41 then stymied his progress. Between the 90-minute mark and the midway point of the race, though, the Omani was bullet-proof and was able to pull 16 seconds clear. Eventually making his second pit-stop early in hour three, Al Harthy concluded his superb double-stint by handing over the car to De Haan.

Leading the race by 10 seconds after the second round of stops, De Haan was in the sights of the sister TF Sport-run Oman Racing car piloted by Aston Martin works driver Jonny Adam. Lap after lap the Scotsman gained and halfway through De Haan’s stint Adam was able to go through – but he pitted shortly after, so De Haan reassumed the lead some eight seconds ahead of the No.57 Ferrari.

With a huge lead of more than 70 seconds with one hour and 15 minutes to go, albeit with the second placed car having already served a third pit-stop, De Haan ended his stint with just over an hour remaining when a Full Course Yellow period was in force due to another car in the barriers.

Danish star Sorensen took over the No.69 Aston Martin Vantage GTE and with 88 laps in the book he held an advantage of 45 seconds over the sister Oman Racing car. Following another FCY period with under an hour to run, Sorensen was close to 50 seconds ahead but there were two more cautionary periods during the latter stages.

After the final FCY, racing resumed with just a minute left on the clock and Sorensen went on to take the chequered flag a full lap ahead – ensuring the No.69 Oman Racing entry departed Italy with the GTE championship lead, tied on points at the top of the table.

Italy will also be the host country for round three of the European Le Mans Series, the 4 hours of Monza, over the weekend 2nd/3rd July. 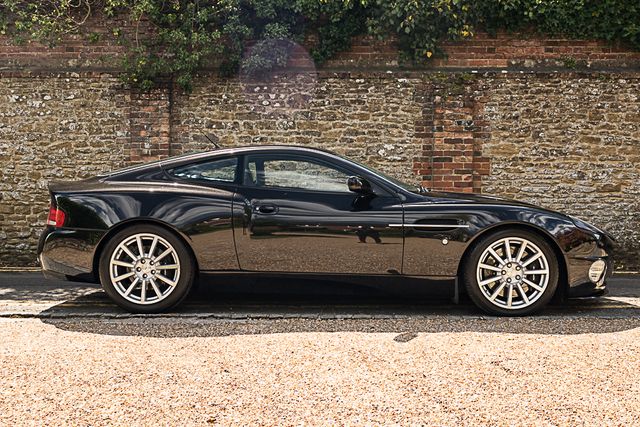