Hagerty launches new hill climb event taking place at Shelsley Walsh on Saturday 28th May
1928 Amilcar C6, originally campaigned at Shelsley in 1928 returns to run the climb once more after originally competing when new
Ex-Fangio 1956 Maserati 300S takes to the hill with numerous historical and contemporary race wins to its name
1960 Jaguar MkII 3.8 confirmed to climb the hill having been previously raced by Jack Sears, Mike Parkes, and Sir Stirling Moss
Hagerty experts to offer professional vehicle valuations at the Live Valuation Arena, run in partnership with Manor Park Classics
As well as demonstration runs, showgoers may also buy 3 runs on the famous Shelsley Walsh hill climb to take part in their own vehicle

On 28th May, Hagerty brings together a mix of important racing cars to tackle the historic hillclimb course at Shelsley Walsh. Since 1905 Shelsley Walsh has played host to heroes of motorsport, making it the oldest motor sport event still held on its original course.

Whilst some showgoers may take the opportunity to run their own vehicles up the hill throughout the day, Hagerty has amassed a selection of classic racers to perform demonstration drives to further delight spectators.

1928 Amilcar C6: Campaigned from new during the late1920s and early 1930s, the C6 returns home at this event, having run at Shelsley Walsh in the 20s. The car, once presented at the Hampton Court Concours of Elegance, features a lightened chassis and body, and is fitted with a twin-rotor Amilcar supercharger.

1956 Maserati 300S: This long-nose 300S, chassis 3069, was delivered by the factory to Fangio’s manager Marcello Giambertone and raced under the Scuderia Madunina banner. It saw victory with Fangio at the 1957 Grand Prix of Portugal, before being exported to South America and enjoying three more Fangio wins at São Paolo and Rio de Janeiro

1960 Jaguar MkII 3.8: One of the most important Jaguar MkIIs in existence. Raced by the likes of Jack Sears, Mike Parkes and, on one occasion, Stirling Moss. The first motor race to feature the new MkII was Goodwood's Easter meeting in 1960, where a trio of the 3.8-litre saloons lined up for the Fordwater Trophy and this car was amongst them.

1922 Bentley 3-Litre TT: one of the three cars which formed the first Bentley Works team, when they tackled the 1922 RAC TT on the Isle of Man. A grueling test of endurance in which all three cars did well to survive, let alone place 2nd, 4th and 5th to secure Bentley the Team Prize on their debut. A car which celebrates its centenary in 2022 and does so in style.

1952 Jaguar C-Type – This is chassis number XKC005, the first car to win a race with disc brakes, when it was driven by Stirling Moss at the '52 Grand Prix at Reims, and a car with incredible pedigree. Its history includes the 1952 Monaco GP sports car race, 1953 Mille Miglia and is a multiple Goodwood winner.

Hagerty partner Castrol Classic Oils will also be exhibiting at the show with hill climb demonstrations being undertaken in their Austin A35 van. But this is no ordinary A35, as it has been the subject of a comprehensive restoration and is fitted with a highly tuned 1275 Midget engine, mated to a rebuilt and strengthened gearbox. The car has been carefully set up for spirited road use and leaves many an unsuspecting motorist in its wake.

The popular Hagerty Classic Car Valuation Arena returns for the Shelsley Walsh hillclimb, offering classic vehicle owners a chance to have their car appraised and valued accurately. Live vehicle inspections will be carried out by experts from the Hagerty Automotive Intelligence Team and the knowledgeable appraisers from auction house, Manor Park Classics.

Tickets are priced from just £15 for general admission, which includes access to the paddock. For those who wish to drive up the hill, an exclusive package offers three runs, access to the Hagerty Driver’s Enclosure with complimentary food and drink and grandstand seating, for just £99.

Mark Roper, Managing Director of Hagerty International, said “What a fabulous selection of historic cars we have lined up for guests at our first ever hill climb. Not only can showgoers enjoy some of the finest racing cars ever built performing spectacular demonstrations, but they can also take their own classic up the famous Shelsley Walsh hill climb, too. What a way to launch our 2022 event program!” 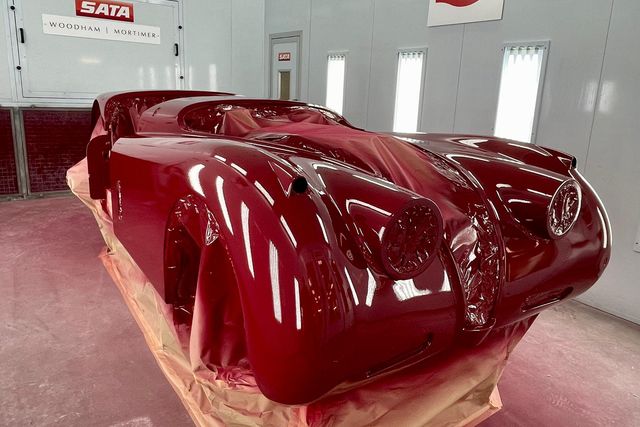