The packed schedule also include a pair of HSR WeatherTech Sprint Races for all Run Groups and classes that kept the racing action moving along both Saturday and Sunday.

The weekend's big winner was the Ideal Motorsports 2014 No. 4 Oreca FLM09 Le Mans Prototype Challenge "PC" race car of Matthew Miller and James French who stayed perfect on the season with their third-straight overall and Prototype class victory in the B.R.M. Endurance race. Miller and French also co-drove to the overall B.R.M. wins in the Oreca in the season-opening race at Sebring and last month's HSR Mitty at Michelin Raceway Road Atlanta.

The top-three in the Prototype class were also the top-three overall finishers in the 32-car B.RM. race. Travis Engen was second in his GMT Racing 2005 No. 2 Audi R8 LMP while Larry Huang finished third in his Olthoff Racing 2009 No. 25 Oreca FLM09 Prototype Challenge race car that is similar to Miller's race-winning PC machine.

Fourth overall in B.R.M. went to Price Ford who is riding a "three-peat" streak of his own at the HSR Barber Historics. Ford has now has three GT Modern (GTM) class B.R.M. victories at the Barber Historics in his 2016 No. 12 Autometrics Porsche 991 GT3 Cup car. He and Cody Ellsworth co-drove the No. 12 to the 2019 win while Ford went on to pick up additional GTM victories Sunday and last year. The HSR Barber Historics were not held in 2020 due to the COVID-19 pandemic.

Prototypes and GTM cars nearly filled the entire overall top-10 but one sneaky-fast sports racer broke up the high-horsepower party. Mark S Clark drove his quick 1990 No. 15 Swift DB5 to a ninth-place overall finish and the Historic-class victory. Clark took the checkered flag on the same lap as the Porsche 991 GT3 Cup and three Porsche Cayman GT4/Club Sports that finished just ahead of him in positions five through eight.

The B.R.M. Vintage class was won by Craig Sutherland and Aaron Nash who brought Sutherland's 1973 No. 41 Porsche 911 S/T from Heritage Motorsports to the podium for the second straight day. On Friday, Nash drove the No. 41 to third overall and second in the Porsche class in the SascoSports race.

The featured Formula Vee doubleheader once again attracted a stellar field but that didn't stop one driver from sweeping the weekend. Jason White won both the Saturday and Sunday races in his pristine 1965 No. 98 Zink C4.

Next up for HSR is the Monterey Pre-Reunion and the Rolex Monterey Reunion that spans the weekends of August 12 - 20 at WeatherTech Raceway Laguna Seca.﻿ 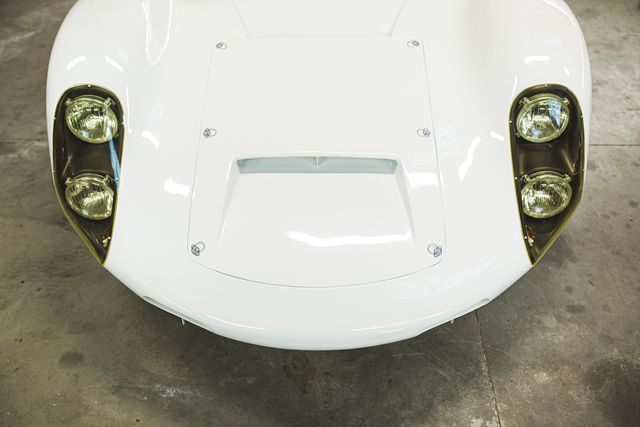