Estre/Christensen/Vanthoor lead the GTE-Pro ranks
Customer teams with strong performances in GTE-Am
No major incidents during the night at Le Mans
The No. 92 Porsche 911 RSR from the Porsche GT Team leads the GTE-Pro class after the first 16 hours. Customer teams WeatherTech Racing and Hardpoint are in a good position in the 90th edition of the 24 Hours of Le Mans.

The Porsche GT Team is leading the GTE-Pro class at the 24 Hours of Le Mans. After putting in strong drives through the night in their No. 92 Porsche 911 RSR, Kévin Estre, Michael Christensen and Laurens Vanthoor have built a gap at the front of more than a minute with eight hours of racing to go. In 2018, this trio from France, Denmark and Belgium achieved a class win here at the world’s greatest endurance race. The No. 91 sister car is currently running fourth after almost 16 hours of racing. In the GTE-Am class, the customer teams WeatherTech Racing and Hardpoint still have realistic chances of winning.

“Our goal was to get through the night safely and we did this very well,” outlines Alexander Stehlig, Director Factory Motorsport FIA WEC. “The race pace is blistering and the competition is extremely close. What’s unusual is that, in the first 16 hours of racing, the safety car hasn’t been deployed once and there hasn’t been a single full course yellow. This means that everyone has driven at the limit for a very long time. That’s tough – not only for the drivers but for the material as well. For this reason, we had to change the brakes on the No. 92 car relatively early. But that’s behind us. Now it’s about the next eight hours at full tilt. It’ll be a sprint to the flag.”

The Le Mans night passed without any major incidents for almost all competitors tackling the 90th edition of the 24 Hours of Le Mans. Estre, Christensen and Vanthoor maintained a steady pace and at times even managed to eke out a healthy advantage of over two minutes at the front. In the sister car, their colleagues Gianmaria Bruni (Italy), Frédéric Makowiecki (France) and Richard Lietz (Austria) drove a similarly strong pace, only to have a drive-through penalty, among other things, hamper the team’s charge. The No. 91 car, however, is running in the lead lap and still has decent chances of a podium finish.

In the GTE-Am category, the WeatherTech Racing and Hardpoint customer teams seamlessly continued their impressive performance into the night. Over long stretches, the two Porsche 911 RSR with the starting numbers 79 and 99 swapped places in the lead. At the 16-hour mark, the two cars occupied positions two and three and were within striking distance of the race leader. The racing 911 fielded by Proton Competition, in which Hollywood star Michael Fassbender celebrates his Le Mans debut, is already eleven laps down. Project 1’s No. 46 entry retired after several incidents.

Drivers’ comments after 16 hours of racing

Kévin Estre (Porsche 911 RSR #92): “It’s a tough race where we have to fight incredibly hard at all times. We initially lost some ground because our competitors’ cars performed better in the sunshine and high track temperatures. In the cooler night temperatures, we turned the tables and established a strong lead. At around six in the morning, we changed the brakes and this cost us about a minute. But the others will surely have to pit again, too, and that’ll definitely balance things out.”

Gianmaria Bruni (Porsche 911 RSR #91): “I drove a difficult double stint in the early morning hours. There was a slow zone almost the entire time. I was barely able to keep the tyres warm during that period. As a result, the car had constant understeer. We certainly lost some time, but I couldn’t do a thing about it. Now the sun is back. That should help us in terms of tyre use.”

Alessio Picariello (Porsche 911 RSR #99): “So far, everything is going according to plan for us. Our tyres are holding up well. We always have plenty of grip in the first stint, but we can still set a good pace at the end of a double stint. Unfortunately, we had some bad luck with a slow zone. We came into the pits when the track was still clear, whereas the competition pitted when everyone had to slow down. We lost about a minute in the process. Now we’re putting pedal to the metal to catch up. Our car is running beautifully.” 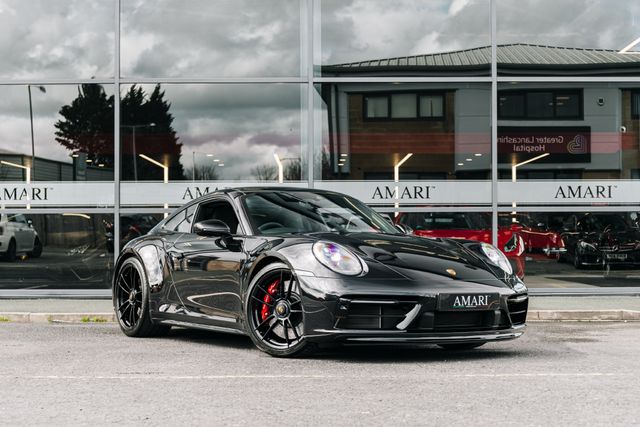