Bristol Street Motors with EXCELR8 TradePriceCars.com’s Tom Ingram enjoyed one of the most impressive weekends of his BTCC career to date as the 28-year-old produced a dominant double at Oulton Park – securing his first-ever triumphs at the picturesque Cheshire circuit.

Team BMW’s Stephen Jelley then claimed a calm and measured victory in a frenetic finale, as a number of title contenders hit trouble.

Having clinched a maiden pole position for EXCELR8 Motorsport and the first for a Hyundai on Saturday afternoon, Ingram was aiming to reach the Oulton Park rostrum for the first time since his 2013 Ginetta GT Supercup title-winning campaign.

Finally, Ingram succeeded at the 25th attempt with a lights-to-flag win in the opener, before he dominated the field once again in the second bout.

Ingram defended aggressively off the line and through turn one in the midday sun – as both he and the Toyota Corolla of Rory Butcher briefly touched – before the former pulled clear of the chasing pack to win race one.

NAPA Racing UK’s Ash Sutton squeezed past Car Gods with Ciceley Motorsport’s Adam Morgan on the opening tour to take fourth, and worse was to follow for the local man when he was sent spinning out of the race by the Honda Civic Type R of Gordon Shedden on lap four.

A safety car period commenced for the recovery crews to attend to Morgan’s stricken BMW, but it was more of the same after the restart.

Again, Ingram eased away whilst those behind scrapped fiercely for the remaining podium positions.

Daniel Lloyd faced disappointment while running in third as Sutton made a clever pass, which then allowed Halfords Racing with Cataclean’s Shedden to also nip by.

A mistake by Lloyd on lap 11 – going straight across the grass at Hislops – relegated him further down the order, whilst Butcher’s second place came under threat from Sutton and Shedden.

The title-winning duo of Sutton and Shedden ganged up on Toyota GAZOO Racing UK’s Butcher, as they both blasted past the #6 Toyota Corolla on lap 15, although Shedden was demoted post-race due to his earlier incident with Morgan.

NAPA Racing UK’s Sutton again took second after he got the better of Toyota GAZOO Racing UK’s Butcher in an early squabble, whilst Team BMW’s Turkington completed the podium.

Turkington was made to work hard for his silverware, but eventually got by Butcher’s fading Toyota with a clever move around the outside at the hairpin, whilst Shedden and NAPA Racing UK’s Dan Cammish followed them home in fifth and sixth respectively.

A dramatic final race then ensued with a significant incident taking place on the opening lap.

Contact between Lloyd’s Hyundai and the Toyota of Ricky Collard sent the former’s car into the barrier at high speed on the run towards Hislops. Lloyd’s laboured machine re-entered the track and was collected heavily by the Team BMW car of Turkington, with the likes of Ingram, Sutton and Michael Crees also caught up in the melee.

Lloyd and Turkington were able to walk away from their respective cars, but both were taken to the Medical Centre for precautionary checks. Lloyd was later sent to hospital for x-rays and was released with heavy bruising.

With a trio of title contenders now out of contention, Jelley was able to get his head down following the restart and impressively scampered away into the distance, with Laser Tools Racing’s Aiden Moffat taking a brilliant second.

Collard’s Toyota was third on the road, but the youngster was unfortunately penalised by five seconds for a jump start, handing the final place on the podium to championship leader Josh Cook, while Shedden and Butcher were fourth and fifth respectively.

Rich Energy BTC Racing’s Cook benefitted from the race three drama to extend his championship advantage over Ingram to 15 points, with Sutton a further three in arrears.
Motorbase Performance/Ford are a single point ahead of BMW in the Manufacturers’/Constructors’ Standings, whilst Bristol Street Motors with EXCELR8 TradePriceCars.com top the Teams’ table.
Cook and Rich Energy BTC Racing lead the Independents’ entries, whilst team-mate Jade Edwards impressively claimed Jack Sears Trophy honours at Oulton Park.
Turkington is now the top qualifier as he heads the Goodyear Wingfoot Award.

Tom Ingram said: “Finally, after however many years of coming here and having struggles! Every year I used to turn up here with something going wrong, but it’s felt phenomenal all weekend. It’s been an absolute pleasure to drive it. Right from the word go it’s done exactly what I’ve wanted it to do.

"Honestly, it’s just feeling marvellous, and it’s been the same car we’ve had since FP1. The first race was fun because with the people squabbling behind I could sort of get a gap, but Ash [Sutton] was keeping it fast as well. I could see that he was coming back in race two and it was to-and-fro. As soon as he could close the gap I thought I’ve got to do what I can to open it back up… it was nip and tuck the whole way through.”

Stephen Jelley said: “The car was flawless – it was a pleasure to drive. I got a great start, and we knew from earlier on that we had good race pace in the car, I just didn’t have the track position so, once I had that track position it was a matter of getting away to start with and managing that gap.

“There was the odd speck of rain and then the hybrid was making some funny noises and I thought ‘just look forward!’ I’m just glad to get to the end, it's a weight off my shoulders.

“It’s an exceptional feeling and I hope there’s many more wins to come!”

Penalties:
From Thruxton:
Ollie Jackson was penalised by means of a three-place penalty for the result of Round 9 at Thruxton for an incident involving Jade Edwards

Qualifying:
Tom Chilton received an official reprimand and had his licence endorsed by the addition of two penalty points for an incident involving Jake Hill

Race 1:
Gordon Shedden was penalised by means of a three-place penalty for the result of Round 10 and had his licence endorsed by the addition of three penalty points for an incident involving Adam Morgan. This counts as a strike

Jack Butel was officially reprimanded and had his licence endorsed by the addition of two penalty points for an incident involving Will Powell. This counts as a strike

Race 3:
Ash Hand received a formal reprimand and had his license endorsed by the addition of two penalty points for driving in a manner deemed to be potentially dangerous to others

An incident involving Dan Lloyd, Ricky Collard and Colin Turkington will be investigated at Croft in two weeks’ time 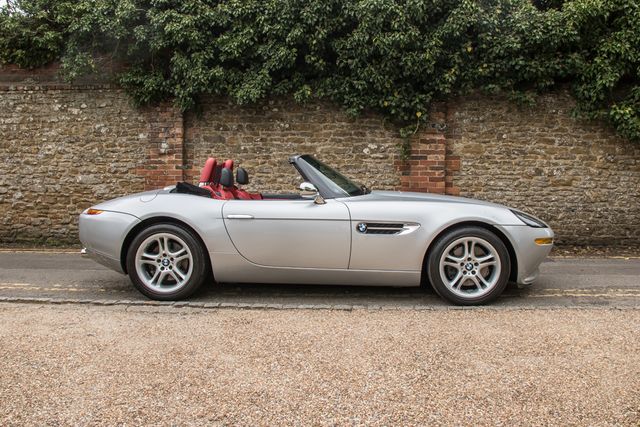