Pro-Am and Am title fights wide open heading to the third round of the season
PK Carsport Audi pairing, Nicolas Saelens and Stienes Longin lead Pro-Am by a single point
Henry Hassid heads the Am order by two points, in the LP Racing Audi
Driver changes and two new entries join the field

The Fanatec GT2 European Series gets back into action this weekend, as the field of 2022 heads towards the halfway point and third double-header of the season at Misano, Italy.

It was all change at the top after the Red Bull Ring round last month, with two new class leaders emerging from round two in Austria. PK Carsport’s Nicolas Saelens and Stienes Longin now lead Pro-Am by a single point following race two victory, while LP Racing’s Henry Hassid heads the Am class battle by just two points heading to Italy.

From the backdrop of the Styria mountains, the field of 2022 head to the Adriatic Coast and the 2.610-mile Misano World circuit Marco Simoncelli, where the series will once again support the Fanatec GT World Challenge Europe Powered by AWS and GT4 European Series.

Saelens & Longin take Pro-Am charge
The Pro-Am title couldn’t be closer, with the leader’s advantage yet to extend beyond a one-point advantage so far this season.

Whilst the High Class Racing duo of Michael Vergers and Aurelijus Rusteika took the early advantage in round one at Imola, Saelens and Stienes Longin’s superb comeback from race one retirement to victory last month puts the PK Carsport duo top of the leader board.

They lead the sister Audi R8 LMS GT2 of Bert Longin and Peter Guelinckx, who are yet to finish outside of the podium this season. High Class Racing’s Vergers and Rusteika hold on to third, 15 points behind the leaders following a second round weekend to forget.

Lying fifth in the standings, LP Racing’s Luca Pirri will be reunited with SRO Motorsports Group Founder and CEO Stéphane Ratel, re-igniting the partnership that achieved three podiums and third in the Pro-Am order aboard the Audi last season.

Hassid heads Am by a two-point margin
The Am class competition is just as close, and is about to get even closer with two new entries joining the fight this weekend.

Series newcomer, Henry Hassid heads the fight following a race one win and third place in Austria. The LP Racing Audi will need to keep the Ebi Motors Porsche of Gianluca Giorgi in check at his home round, particularly as the Italian is joined by new team-mate Alberto Scilla at Misano.

Climbing the leader board from fifth to third following a double podium haul on home soil, True Racing by Reiter Engineering’s Hubert Trunkenpolez and Klaus Angerhofer are intent on closing the 19-point deficit to second.

Things tighten up again in the mid-field, with just five points separating third to fifth. After a solid round two points tally, LP Racing’s Leonardo Gorini is looking to return to the podium at his second home event of the year.

Race two class victor at the Red Bull Ring, Elia Erhart continues his threat to break into the top-three standings, bolstered by new team-mate Michael Doppelmayr for the first time this weekend. A mid-season switch around at True Racing by Reiter Engineering means Kris Rosenberger and Sehdi Sarmini unite to form an all-Am line-up for the #16 KTM X-BOW.

The third round of the season begins with two hours of free practice on Friday, 1 July, ahead of qualifying at 19:10. Two 50-minute races are scheduled for 10:20 and 18:40 on Saturday, streamed live via gt2europeanseries.com or GTWorld on YouTube. 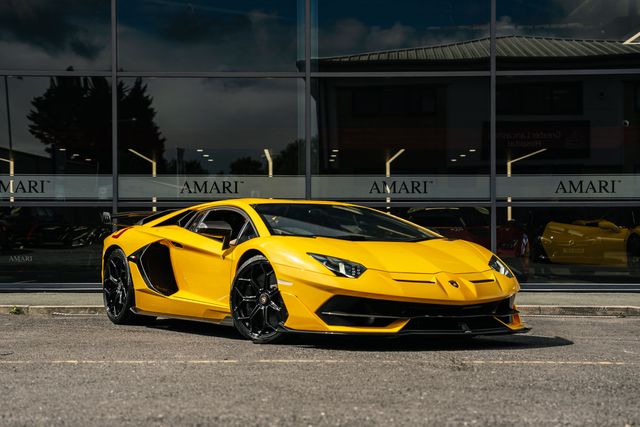