The London Concours closed its doors at the City’s Honourable Artillery Company yesterday after welcoming thousands of guests over the three-day event
The final day of this year’s event was the dedicated ‘Supercar Day’, in association with Amari Lifestyle and supported by Drivers Union
Around 100 vehicles, across 8 classes, including ‘The Italian Spiders’ and ‘Japanese Jewels’ and the ‘Pursuit of Speed’ class, assembled on the immaculate five-acre lawns
The Best of Show Award went to a 1967 Toyota 2000GT, while the Chairman’s Award went to a 1962 Ferrari 250GT California Spider SWB
Other class winners included a Koenigsegg Agera S, Mercedes-Benz 300SL ‘Gullwing’ and a Cadillac Sedan de Ville.
Dates for London Concours 2023 already confirmed as 6th-8th June

The London Concours, presented by Montres Breguet, closed its doors yesterday following three sold out days, with over 8,000 guests and fabulous cars in a glorious setting. Hosted at the Honourable Artillery Company, a five-acre oasis of green close to Bank, the event played host to over 100 of the finest privately owned vehicles, spanning over 100 years of motoring vehicles.

The final day of this year’s event was the ever popular ‘Supercar Day’, presented by Amari Lifestyle, in association with Drivers Union. On its third day, the show welcomed the exclusive supercar owners club, which brought along 50 of its members’ finest cars, gracing the HAC lawns alongside 100 of the world’s rarest and most collectible cars. Cars on display ranged from the fearsome Lamborghini Diablo SV to its modern successor, the equally wild Aventador SV, from the McLaren 675LT to the stripped-out Ferrari 360 Challenge Stradale – along with everything in between.

In all, around 100 cars were on display across eight classes. The main concours event classes included the ‘Pursuit of Speed’, ‘Great Marques – Mercedes-Benz’, the ‘Japanese Jewels’ and ‘The Italian Spiders’. Each of the classes was packed with rarities, from the Ferrari 250 GT California SWB to the Mercedes-Benz 300SL ‘Gullwing’ and the Ferrari F50, but as ever there could only be one ‘Best in Show’.

After much deliberation the London Concours’ expert committee of 17 judges settled on the wonderful 1967 Toyota 2000GT as the overall winner, rising to the top of an exceptional field. Ultra-rare - one of just 351 cars built - the 2000GT was introduced with the help of Yamaha to act as a halo model for Toyota's range. With its stunning looks, sweet straight-six and multitude high-tech features - the GT certainly delivered on its brief. The judges were all very taken by this bona fide Japanese Jewel, which now ranks among the most coveted classics of all.

Elsewhere, the prestigious Chairman’s Award - given each year to the car that the London Concours' chairman would most like to take home from the event – went to one of the most stunning Ferraris - perhaps one of the most stylish motor cars of all - the Ferrari 250 GT California SWB. This nigh-on priceless drop top brought a healthy dose of Modenese glamour to event, looking very much at home on the sun-kissed lawns of the HAC, leaving all who gazed upon it firmly in its thrall.

Other show winners included the mighty, twin turbocharged V8 Koenigsegg Agera S in the ‘Pursuit of Speed’ class, the graceful Mercedes-Benz 300SL Gullwing in the ‘Great Marques: Mercedes’ category, with the Cadillac Sedan De Ville triumphing in the ‘Fins and Chrome’ class, which celebrated the most outrageous ‘50s and ‘60s American metal.

Outside of the main concours classes, there were plenty of other astonishing cars on display. The ‘Coachbuilts and Concepts’ display assembled a wonderful range of one-off vehicles, including the joystick driven Mercedes-Benz F200 Imagination Concept from 1996, while the ‘Ode to Ducati’ delivered some stunning two wheeled machinery, including the ultra-high performance, 205bhp, 155kg, 1199 Superleggera of 2014.

Andrew Evans, London Concours director, said: “As the sun set on the 6th edition of our event, and the revellers dispersed after a packed third day of London Concours 2022, we can reflect on another highly successful show. The Supercar Day was once again extremely popular, with 50 of the finest supercars adding to the already fantastic line up of 100 rare and collectable, privately owned vehicles. With everything from glamourous Italian Spiders to the selection of Japanese road racers in the Japanese Jewels category, there really was something for everyone at this year’s event – a refrain we heard from countless guests. I’d like to sincerely thank all our partners for making the London Concours such a resounding a success. We look forward to welcoming everyone to the Concours of Elegance at Hampton Court Palace in September, and back to the HAC in the June of 2023.”

The London Concours dates for 2023 are already confirmed. The show will be happening between the 6th and 8th of June 2023. 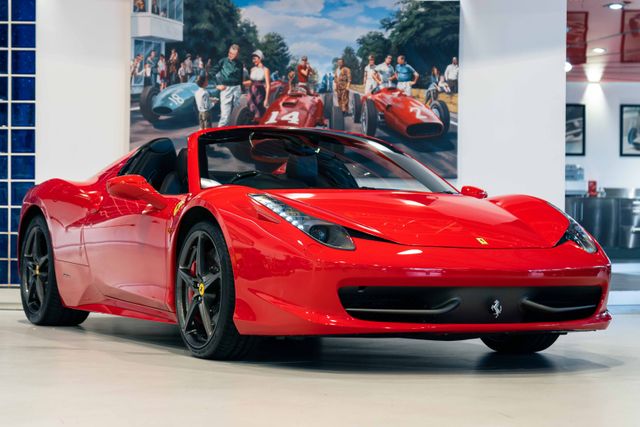