The Aston Martin Vantage GTE returns to the 2022 FIA World Endurance Championship [WEC] fray as the series resumes with the 6 Hours of Monza this weekend, following Aston Martin’s glorious GTE Am victory in the 24 Hours of Le Mans with TF Sport in June.

That class win, the third in the French classic for this generation of Vantage since its introduction in 2018, was enough to propel TF Sport’s #33 Vantage crew of Sebring and Le Mans class pole-sitter Ben Keating (USA), double world champion Marco Sørensen (DEN) and Henrique Chaves (POR), to the top of the GTE Am championship standings with 97 points. Their podium at Sebring, followed by wins at Spa and Le Mans means that they come into round four of the six-race championship carrying 40kg of success ballast.

The 2017 GTE Am world champion Paul Dalla Lana (CDN) finally got to stand on the podium at Le Mans. Finishing third marked a best result at La Sarthe in his long career in the category. And in addition, with the second-placed car not registered for WEC points, his NorthWest AMR team, along with double world champion Nicki Thiim (DEN) and David Pittard (GBR), also collected the points for second place. It means the team comes into Monza just eight points away from the top of the standings. The crew carries 20kg of success ballast into the Monza weekend.

The TF Sport-assisted D’station Racing Vantage GTE will run ballast-free as the Japanese squad seeks its first podium of the 2022 WEC season at the scene of the team’s first, recorded almost a year ago. Satoshi Hoshino (JPN) and regular co-driver Tomonobu Fujii (JPN), along with exciting young prospect Charlie Fagg (GBR) have steadily grown in potential in 2022 and should provide a strong challenge in Italy.

The Vantage GTE, introduced in 2018, has yet to record a victory at WEC level on the legendary 3.6-mile Italian Grand Prix venue, known as the temple of speed for its super-fast straights and long sweeping right-hand curves. That being said, the NorthWest AMR and D’station Racing Vantages put on a thrilling show in the final stages of the inaugural WEC event held there in 2021, slip-streaming their way to a two-three finish and separated by just 0.799s at the flag.

Embarking on its fourth world championship season, Vantage remains as formidable a title contender as ever. Powered by a race-developed version of the four-litre, twin-turbo-charged V8 engine found in the road car from which it derives, this prototype version of the GT car was all-conquering in the WEC GTE Pro category during the 2019/2020 season. It recorded five wins from eight races, including both Pro and Am classes at the 2020 24 Hours of Le Mans, the car took Aston Martin to the FIA GT Manufacturers’ World Championship title and carried Thiim and Sørensen to the drivers’ crown. In total it has claimed 13 class victories so far in WEC.

Huw Tasker, Head of AMR Partner Racing, said: “We head into Monza with all the momentum and confidence that victory in the 24 Hours of Le Mans brings. Of course, the two title-contending crews will carry success ballast at Monza, but both were capable of competitive showings at Spa whilst carrying extra weight, so we are looking forward to seeing them re-commence their battle in Italy. Vantage GTE has proved to be an outstanding choice for both gentleman racers and professionals at the highest level of GT competition and its results so far 2022 suggest the car is now right at the top of its game. Long may this continue.”

Official practice for the WEC 6 Hours of Monza begins on Friday 8th July at 1530 CET, with the race beginning at 1200 on Sunday. Follow details of the event via the WEC website and App. 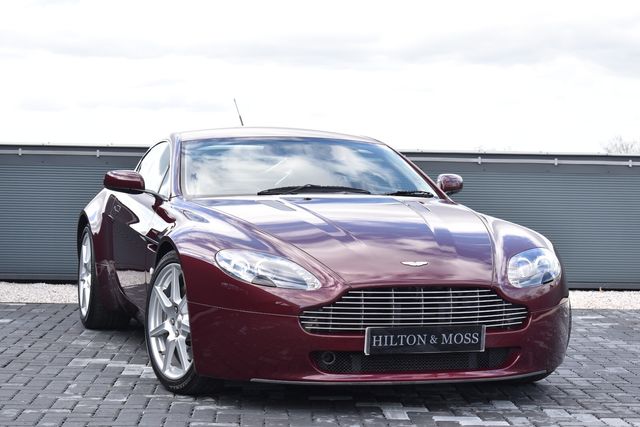