Monster 55-car grid set to do battle in Belgium, with GT4 Scandinavia joining the field
Two races to take place in support of the world-famous TotalEnergies 24 Hours of Spa
Silver Cup and Am title battles finely balanced after the first half of the season
Who can take the fight to Akkodis ASP Team in Pro-Am?

The GT4 European Series is gearing up for its biggest race weekend of the season, and in more ways than one, with a record 55-car entry expected for two races running in support of the world’s most prestigious GT3 event.

This weekend the GT4 European Series heads to the legendary Spa-Francorchamps in Belgium for the fourth round of the season, where the competitors will enjoy their biggest stage yet as the championship will form a key part of the support package for the TotalEnergies 24 Hours of Spa.

Fitting of the occasion, the series is also set to feature the biggest grid ever for the GT4 category, with entries from GT4 Scandinavia helping to swell the field to the record figure. Add into that a wildcard entry from the reigning GT4 Germany champions – plus a total of nine different GT4 brands being represented by 32 different teams – and it’s set to be a bumper weekend in Belgium with all still to play for across the class championships.

After a stellar start to the season, it’s now fair to say that the pressure is on the Aston Martin crews to bounce back after a challenging last round at Misano, which opened the door for Mercedes-AMG to snatch the championship advantage.

Ahead of the most recent trip to Italy, Aston Martins filled the top places in the points with Racing Spirit of Léman’s Gus Bowers and Konstantin Lachenauer heading PROsport Racing’s Mike David Ortmann and Hugo Sasse. However, the scorching temperatures at Misano played havoc with both crews’ titles hopes, with Bowers/Lachenauer twice retiring with overheating troubles and Ortmann/Sasse bowing out of race two after a first-lap puncture. In fact, the only frontrunning duo to see the chequered flag in both races was Racing Spirit of Léman’s second Vantage of Akhil Rabindra and Tom Canning, which helped them hold on to third place in the points.

However, the biggest movers at Misano were NM Racing Team’s Lluc Ibañez and Enzo Joulié who recorded a perfect weekend, securing two pole positions and two race wins, catapulting a Mercedes-AMG team to the top of the standings for the first time this year. However, the duo only holds a seven-point lead over Bowers/Lachenauer and, with more typical temperatures expected this weekend, the Astons will likely come out fighting.

Berkay Besler and Will Burns enjoyed a strong Misano weekend with two fifth places moving them, conveniently, up to fifth in the points aboard the Borusan Otomotiv Motorsport BMW M4. Misano also served to tighten the whole championship, with Romain Monti/Antoine Potty’s podium finish in race two helping keep their CMR Toyota GR Supra sixth in the standings. Saintéloc Racing’s Roee Meyuhas and Erwan Bastard are due a dose of good fortune after another tough round with their Audi struggling in the heat. They sit seventh in class, just ahead of Moritz Wiskirchen/Alexander Hartvig (Allied Racing Porsche 718 Cayman) who impressed with their first podium of the year last time out.

It’s been a strong last two rounds for Akkodis ASP Team duo Jean-Luc Beaubelique and Jim Pla, with wins in back-to-back race weekends handing them a useful advantage in the Pro-Am standings. In fact, with two wins and three podium finishes already to their credit, the two are starting to look like champions in waiting. But as we’ve already seen elsewhere this year, that can all change in a heartbeat.

Leading the chase is Centri Porsche Ticino’s 718 Cayman pairing Ivan Jacoma and Alex Fontana. They would undoubtedly be closer to the leaders had it not been for a costly puncture during the last race at Misano.

One crew on the up at the moment is Kenny Herremans and Dante Rappange in the V8 Racing Camaro. The rumbling Chevrolet has been a star of the last two meetings, scoring first a class pole and a race win at Circuit Paul Ricard and was then firmly in the podium fight at Misano. Their speed as a pairing is not to be doubted.

Andreas Mayrl and Vincent Andronaco are fourth in their Allied Racing Porsche 718 Cayman. After a blistering start to the year with a win at Imola the pair has endured some tough luck in recent rounds, suffering a retirement at both Circuit Paul Ricard and Misano. However, a race-two podium at each event has kept them in the hunt, but they’ll be keen to add some consistency this weekend.

Saintéloc Racing’s Gregory Guilvert/Fabien Michal scored their maiden podium of the year at Misano and will be keen to push on from that, as will Gabriela Jílková and Robert Haub in the Drago Racing Team ZVO Mercedes-AMG, which showed podium-challenging pace at Misano.

Loïc Villiger/Antoine Leclerc (Code Racing Alpine A110 Evo) put a run of bad fortune behind them to win the last race at Misano and move to seventh in the standings, ahead of Simon Gachet/Eric Debard (Akkodis ASP Team Mercedes-AMG) who also made their first appearance on the podium in Italy.

Am: Riccis rich in wins after Misano

Father-and-son team Mauro and Benjamin Ricci successfully cashed in with twin wins at Misano to leapfrog their Akkodis ASP Team Mercedes-AMG to the head of the class championship after many of their rivals hit trouble.

Former class championship leaders Wilfried Cazalbon/Julien Lambert (AGS Events Aston Martin) endured a torrid weekend in Misano, with a crash in race one and then an overheating differential in race two giving them a non-score from the entire weekend.

Had it not been for a penalty and a spin in Misano, Safronov and Vaintrub may well have been the class leaders, such was their pace last time out in the NM Mercedes-AMG. However, they run third just 16 points away from the table-topping Riccis, and only three behind Cazalbon/Lambert.

It was a similar story for W&S Motorsport’s Mikhail Loboda/Andrey Solukovtsev, who showed potentially race-winning pace in Misano, but had to settle for a second podium of the season instead. They run fifth in the points just two behind Hamon/Blanchemain.

A total of eight cars will compete – all featuring race numbers in the 200s for easy identification. Running two classes – Pro-Am and Am – the series is steadily growing.

After four races so far this year – held between Anderstorp and Drivecenter Arena Fällfors – Daniel Roos/Erik Behrens lead Pro-Am in their Alfab Racing McLaren 570S having celebrated three wins already. Victor Bouveng/Joakim Walde aren’t far behind in their M-Bilar Racing BMW M4, and are the only other pairing to grab a win this year. Toyota Gazoo Racing Sweden’s Emil Skärås/Hans Holmlund are third in their GR Supra.

In Am, Fredrik Danner/Per Andersson have opened a healthy lead having won two of the four races so far and are yet to finish lower than second in their Eken Motorsport Mercedes-AMG GT4. Their closest challengers – Eken team-mates Nicklas Johansson/Mats Ek Tidstrand – will miss this event, leaving the way clear for somebody else to try and reel in Danner/Andersson. Toyota Gazoo Racing Sweden will also expand this weekend to field an Am class entry for the first time, with New Zealander Harry McDonald sharing the second GR Supra with Swede Tommy Gråberg.

GT4 Scandinavia coordinator Robert Björkman said: “It’s fantastic to be holding a round of GT4 Scandinavia alongside the GT4 European Series at Spa-Francorchamps. Our championship has been growing steadily since 2019, despite the difficult circumstances of the last few years, and it’s never a bad thing to be sharing a grid with such a strong European championship. It will give our drivers and teams a chance to go up against the very best GT4 competitors out there, while also fighting for their own glories in this championship. To be a part of probably the biggest GT4 grid ever is a real privilege for us and we can’t wait to put on a show for the TotalEnergies 24 Hours of Spa crowd.”

The fourth round of the GT4 European Series season gets underway at Spa-Francorchamps with two free practice sessions on Thursday, July 28, before qualifying takes place at midday on Friday July 29. Race one is set for 20:05 on Friday before race two gets underway at 10:10 on Saturday, shortly before the start of the TotalEnergies 24 Hours of Spa. Qualifying and both races will be streamed live via the GT4 European Series website and the GT World YouTube channel. 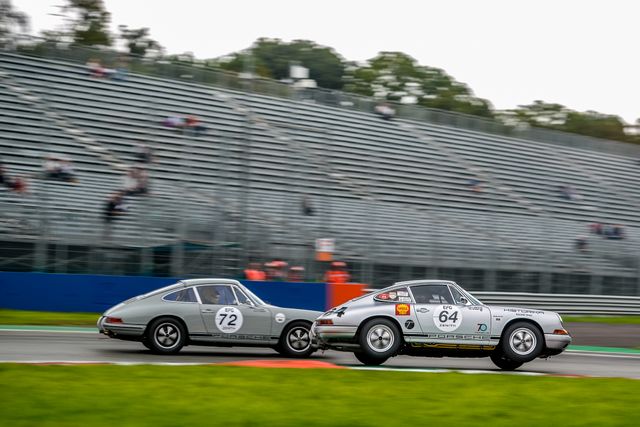