The magnificent 8-litre Bentley (YF5005) on offer here began life as a Folding concealed head Coupé by Berkeley Street coach builders, Thrupp & Maberley. It graced their stand in the Coachwork section at the 1930 Olympia Motor Show and Autocar Magazine described it as: “A sports coupé on the new 8-litre Bentley chassis is really an open two-seater and coupé in one, as the head of the coupé when down is completely concealed beneath the rear decking. A large tail provided ample luggage accommodation and other features are the raked screen, the helmet-type wings and the general low build. The colour scheme is of black and a delicate shade of pastel blue”.

Within the history file are a number of images and lots of details about YF5005’s early years and for these we are indebted to Bentley historian Clare Hay.

The Duke of Leinster was obviously smitten with the pretty Bentley as a sale was agreed at the Show and the car was purchased from Jack Barclay Limited for the sum of £2,200. There is a copy of this original Bill of Sale in the file dated 8th July 1931 with the car registered as GP 1999 and the purchaser listed as ‘The Duke of Leinster, Dukes Hotel, St James’ Street, W1’. His signature says simply ‘Leinster’, how very aristocratic. YF5005 obviously has blue blood in its veins as a number of the following owners are titled or have a very exclusive London address. The history file makes fascinating reading and there are a further three Bills of Sale from Jack Barclay and a list of owners with recorded maintenance information.

The car was purchased by J.C. Broadhead in 1962 and it was he who commissioned the change of bodywork to its current open four-seater in the 1970s. The next chapter in the Bentley’s life was a long one, being sold by the late Peter Harper to James Whitaker in 1987 and remaining with him until his recent passing. Retaining its original chassis frame, engine, gearbox, axles and steering box - the tourer coachwork has now been on the car longer than the original.

He loved YF5005 and used it extensively over thirty years and it never wanted for anything. He maintained the car himself, and during that ownership covered many thousand miles on International rallies. The engine was rebuilt a couple of times, the axles and gearbox too. No receipts or record of the works are on file, but drive it and its obvious to see this has been a coveted Bentley. Effortlessly pulling through all gears, steering light and precise, brakes very effective, and the engine is near silent – with a wonderful howl from the exhaust.

A charismatic car from a charismatic owner, however, the time has come for YF5005 to be enjoyed by a new keeper. We welcome and encourage your inspection of this venerable Bentley and, those members of our team who have been lucky enough to drive YF5005, can confirm just how special she is.

THE DAWN OF MOTORING SALE
Silverstone Auctions are presenting an entirely new auction to thesales calendar.

The Dawn of Motoring Auction will take place at The Lygon Arms, Broadway, WR12 7DU on Friday 5th August and will feature select items of memorabilia and pre-war motor cars celebrating the earliest years of engineering development through to stunning Art Deco styling of the 1930s and 40s.

Timed to coincide with the Vintage Sports-Car Club’s Prescott Hillclimb weekend, the largest gathering of Vintage and Post Vintage Thoroughbred cars in the world. Viewing of the lots is available on 5th August from 9am until the auction commences at 3pm. Clients should park at the North Cotswold Hunt supporters field, off the High Street (£5 parking charge applies). The auction will take place in the marquee in the Lygon gardens. Access to the gardens is via the hotel. 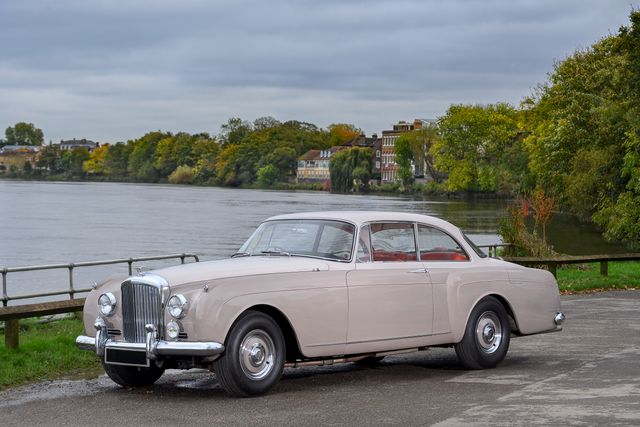