The Aston Martin Vantage GT3 resumes its quest for overall glory in the TotalEnergies Spa 24 Hours this weekend, as three of Aston Martin Racing’s key partner teams – Beechdean AMR, The Heart of Racing and TF Sport – converge on the most fiercely contested GT endurance race of them all.

The Spa 24 Hours is considered the blue riband race of the Fanatec GT World Challenge Europe [GTWC] and Intercontinental GT Challenge and, open to homologated GT3-specification race cars only, is a true measure of endurance for both driver and machine. This year it entertains a huge 66-car field derived from nine different manufacturers, including three Aston Martin Vantage GT3s, all of which will fight for outright as well as class supremacy on the legendary 4.352-mile circuit, situated in the Ardennes region of Belgium.

Beechdean AMR has two 4-litre V8 turbo-charged Aston Martin Vantages participating in the GTWC Endurance Cup in 2022. It’s #95 Pro entry is filled with a regular works driver line-up that consists of double world champion and former Spa 24 Hour class winner Nicki Thiim (DEN), 2022 Le Mans 24 Hours GTE Am winner Marco Sørensen and 2016 overall Spa 24 Hours winner Maxime Martin (BEL). This car has proved to be a front-runner all season and is knocking on the door of a breakthrough outright win for the British sportscar brand in the most competitive GT championship in the world.

The sister #97 Vantage is a regular Gold Cup class entry in GTWC, but for the Spa 24 Hours the car switches to the Silver Cup as business commitments mean team principal Andrew Howard must step down from driving duties, along with his Gold-licensed co-driver Valentin Hasse-Clot (FRA). Their team-mate, Theo Nouet (FRA), will thus be joined in the car by NorthWest AMR driver David Pittard (GBR) and Charlie Fagg (GBR) who is making his GTWC and Spa 24H debut. The team is completed by IMSA Sprint Cup champion and 2021 Aston Martin Racing Driver Academy graduate Roman De Angelis (CDN).

Seattle-based The Heart of Racing [THoR] also makes its European debut this weekend. The reigning IMSA Sprint Cup champion team comes to Spa on a hot streak after a run of consecutive podiums, and victories, in the GTD class of the IMSA WeatherTech Sportscar Championship. For Spa, THoR will team up with 2019 Pro-Am class-winners and fellow AMR Partner team TF Sport – whose most recent success was a glorious GTE Am victory in the 2022 Le Mans 24 Hours.

Vantage recorded its best finish in the GT3 era in 2021, when Gunn, Sørensen and Thiim secured a competitive third place overall, having been in the lead fight for much of the race. Prior to that, the best GT finish for an Aston Martin was also third, in 2008, with the Gigawave DBR9. Aston Martin last won the event in 1948, when it was run to different regulations, with a 2-Litre Sports DB1 driven by Britons St John Horsfall and Leslie Johnson.

Huw Tasker, Head of AMR Partner Racing, said: “The Spa 24 Hours is a fantastic event in the international GT racing calendar and we are very excited to be supporting the very competitive Vantages in this year’s event. In Beechdean AMR and The Heart of Racing [THoR] with TF Sport, we have two Pro class entries that should absolutely be able to compete at the front of a very tough field. Beechdean has been fast all season, while THoR is a winning team in the top GT class of IMSA, so teaming up with Le Mans winners TF Sport will make them a formidable force in Belgium. We didn’t expect to have a Silver class entry, that’s what circumstances have dictated, but the line-up Beechdean AMR has pulled together is stellar and includes four young drivers with great pace and promise. The fact that three drivers have joined Beechdean from other AMR partners is another great example of the strong collaboration that exists within the AMR family.”

Festivities for the event begin with a traditional parade of cars in the old Spa town at 1730 CET on Wednesday evening (27 July). The official action starts with free practice at 1050 on Thursday. The race begins at 1645 CET on Saturday (30 July). The entire event will be broadcast and can be followed through the official Spa 24 Hours and GTWC websites and YouTube channels globally. 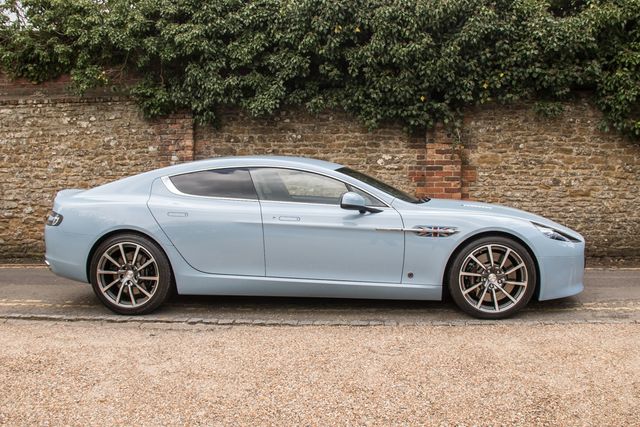