The young BMW star set no fewer than three laps faster than all of his rivals, as his ultimate benchmark dipped under the existing race lap record, particularly impressive considering this year’s event is being run on the Goodyear medium compound rather than the quicker softer rubber.

NAPA Racing UK’s Ash Sutton proved to be the best of the rest as he hauled his Ford Focus onto the front row, whilst all five BMWs eventually ended up inside the top six.

Local man Rory Butcher was next in the order as he blasted his Toyota GAZOO Racing UK car ahead of championship leader Tom Ingram in the Bristol Street Motors with EXCELR8
TradePriceCars.com Hyundai.

The likes of Ricky Collard, Rick Parfitt and Nic Hamilton all endured spins during the session, but they weren’t the only ones to be caught out by the challenging tight and twisty circuit with Jason Plato, Turkington, Sutton and Ingram all experiencing wild moments.

Gordon Shedden (Halfords Racing with Cataclean) and Josh Cook (Rich Energy BTC Racing) were notable absentees from the top ten as the Honda duo struggled to find the ultimate pace over one lap.

Rounds 16, 17 and 18 of the 2022 Kwik Fit British Touring Car Championship take place at Knockhill in Scotland tomorrow, with the UK’s premier motorsport championship again benefitting from increased coverage via the ITV Network.

Coverage will get underway on ITV at 1200 for races one and two, before switching to ITV for the finale from 1455.

Jake Hill said: “I’m very, very pleased! It sort of reminds me of 2020 when Ash [Sutton] pipped me to it, so I returned the favour. It’s really nice to drive this BMW around Knockhill, it really was a ROKiT ship today! I think we’re more than two-tenths clear of anyone which, around here, is a pretty good effort!

“I’m proud of myself, I’m proud of the team and a huge thank you to ROKiT and everyone at MB Motorsport as well. I’m happy and I know that the guys and girls at WSR have done a faultless job!

“I’m very, very comfortable with the car. Obviously I’ve got to defend from [Ash] but I’m feeling good! It was good in the wet this morning as well when it was a bit damp, so overall I’m happy with everything to do with the car and the team – so I’m thrilled.”

“Dan [Cammish] had his own programme to run [at the Goodyear tyre test] whereas we were a little bit tied up with Goodyear stuff, but in between that we managed to get on with the stuff we needed to. Every change we were doing – whether it was good or bad – ultimately we’re learning, which is what we needed. To roll all that learning and development out at a track that doesn’t really favour us, I’m going to take that.

“As much as a win would be great, we know how strong a rear-wheel drive car can be around here. I’ve been in that seat, I know how you handle that one! I’d like to just get some solid points to get that leg-up that we need, we’ve got a car to do that so we’ll just maximise what we can tomorrow.”

Colin Turkington said: “P3 is excellent. Congrats to Jake [Hill] as well, I think [WSR is] first, third and fifth. Knockhill has always been good territory for BMW, so this is probably the first time this season we’ve come to a track that’s been favourable in the past and it actually is now! That’s a good sign for tomorrow. It wasn’t an easy qualifying session, red flags, loads of yellow flags, gravel on the track… but I think we navigated it really well, and I had four laps on the last run which brought me up two positions, so it was quite a good session – I don’t think there’s much left.

“Going on the history, [the rear-wheel drive cars] should be better over the race, particularly with things like traction out of the hairpin. I imagine our race pace should be stronger. But I thought that at Croft! I thought that would come back to me in the second half and it didn’t really, this year’s just really hard to read. With using hybrid it’s almost like a blank sheet, we don’t quite know what’s going to happen. But, of course it’s going to be a good race up front with Jake [Hill] and Ash [Sutton] and Adam Morgan, so who can predict what’s going to happen!” 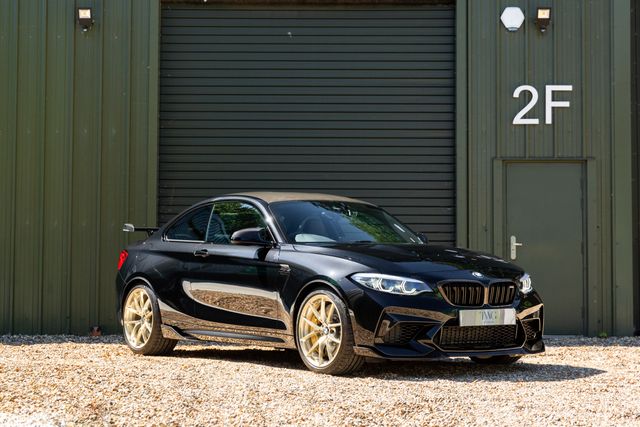