Ahead of the race start, overnight changes to Yuki Tsunoda’s AlphaTauri mean that the Japanes driver would start from the pit lane and Verstappen was afforded a 14th-place start. Pierre Gasly was also forced to make a pit lane start due to an electric fault on the second AlphaTauri.

When the lights went out at the start, polesitter Carlos Sainz got away well to take the lead. Front-row starte Pérez was swamped into Turn 1, however, and the Mexican was passed by Alpine’s Fernando Alonso and the Mercedes cars of Lewis Hamilton and George Russell.

Alonso’s stay in second place was brief, however. Into Les Combes Hamilton attacked Alonso around the outside but the Mercedes driver failed to give his rival enough room and the pair collided. Hamilton’s car was launched into the air and both went off track. After passing Russell on the approach to the corner, Pérez then profited from the collision ahead to claim P2.

Further back, Verstappen made a good getaway and the champion was soon carving his way through the field, rising to eighth place at the start of the second lap.

The Safety Car was released when Hamilton pulled over at the side of the track and following an incident involving Williams’ Nicholas Latifi and Alfa Romeo’s Valtetri Bottas and that allowed Verstappen to close right up to the cars ahead. Under the Safety Car, Leclerc made a pit stop after spotting smoke coming from a brake. He switched from softs to mediums andf the smoke was later revealed to be a visor tear-off strip that had got caught in his brake duct.

When the race resumed at the start of lap 5, Verstappen pounced.  The Red Bull driver passed Williams’ Alex Albon and McLaren’s Daniel Ricciardo’s and then powered past Aston Martin’s Sebastian Vettel into the chicane on lap 6 to rise to fifth. On the next lap, he blasted past Alonso into Les Combes and a remarkable opening phase was completed when he overtook Russell on the following lap to claim a provisional podium position.

Sainz pitted from the lead at the end of lap 11 and Pérez took P1. His lead was short lived, however, and he allowed his team-mate to pass on the Kemmel Straight and take the lead. Pérez then pitted at the end of lap 12 and the Mexican took a second set of medium tyres in a 2.2-second stop. He rejoined in P3 ahead of Leclerc who had also climbed up the order following his early stop.

Verstappen made his first stop at the end lap 15 and switched from opening softs to a set of medium tyres in a 2.8s stop. The champion emerged from the pit lane just behind Sainz. The Red Bull driver then retook the lead on lap 18 using DRS to power past Sainz on the Kemmel Straight.

Pérez got to within DRS range of Sainz on lap 20 and on the following lap Checo effortlessly slipped past the Ferrari driver into Les Combes. Verstappen now led his team-mate by 6.7s, with Sainz third. Russell held fourth with Leclerc in fifth, 9.5s behind the Mercedes.

Ferrari pitted both its drivers at the end of lap 25. Sainz moved to hard tyres in a 2.4s halt and Leclerc took to medium tyres in a 3.0s stop. Sainz rejoined in fourth while his team-mate emerged in P7.

The race leader’s final pit stop of the afternoon came at the end of lap 30 and he moved to another set of mediums for his final stint. And from there the final laps became a victory march for the Dutchman who took his ninth win of the season and the point for the fastest lap of the race. Pérez took second to complete Red Bull’s fourth 1-2 of the season and to secure his seventh podium of the year so far.

Behind them, Sainz finished third ahead of Russell and Alonso, while Leclerc was left with sixth. The Ferrari driver made a third stop for soft tyres to try for the fastest lap but he was then handed a five-second penalty for speeding in the pit lane and dropped behind Alonso in the classification. Esteban Ocon finished seventh for Alpine ahead of Astojn Martin’s Sebastian Vettel, while AlphaTauri’s Pierre Gasly claimed two points with ninth place after his pit lane start. The final point on offer went to Williams’ Alex Albon. 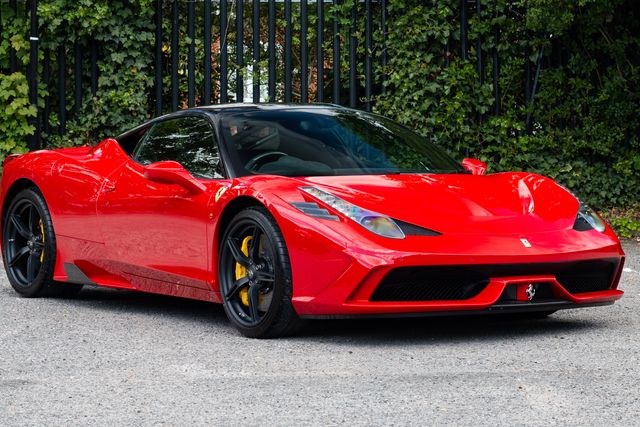