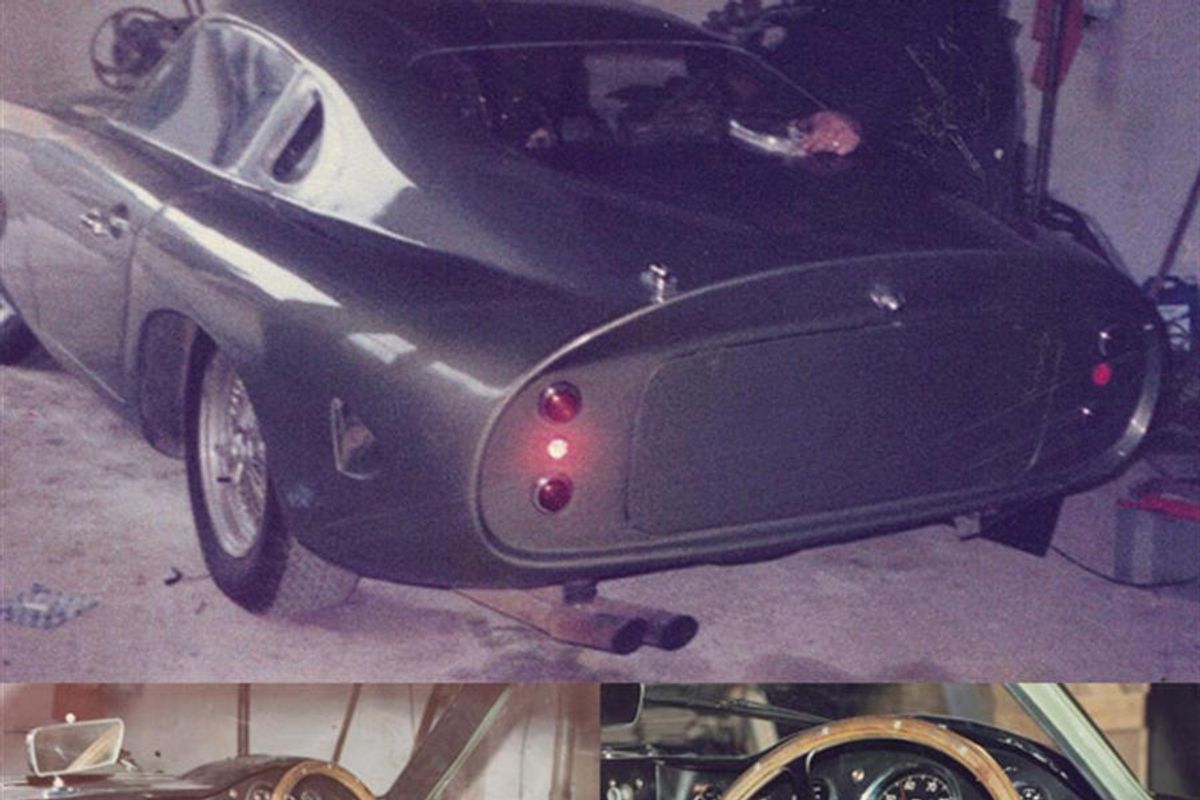 My late uncle did some fettling on this car in the 1970's in his garage on the Isle of Wight. Here he is in some family snaps i found in an old envelope when clearing out some stuff - doubt whether these photos have ever been seen before.

The owner of the car then - bought it without an engine for scrap value! - no less than Phil Hill drove this car at Le Mans - and this car in practice reached 319.6 km/h (198.6 mph) and Ted Cutting, the Aston Martin designer, is certain that DP215 had, in fact, exceeded 200 mph (320 km/h), since the timing was recorded before the cars had reached their maximum speed or the braking area.

Details on the car below: