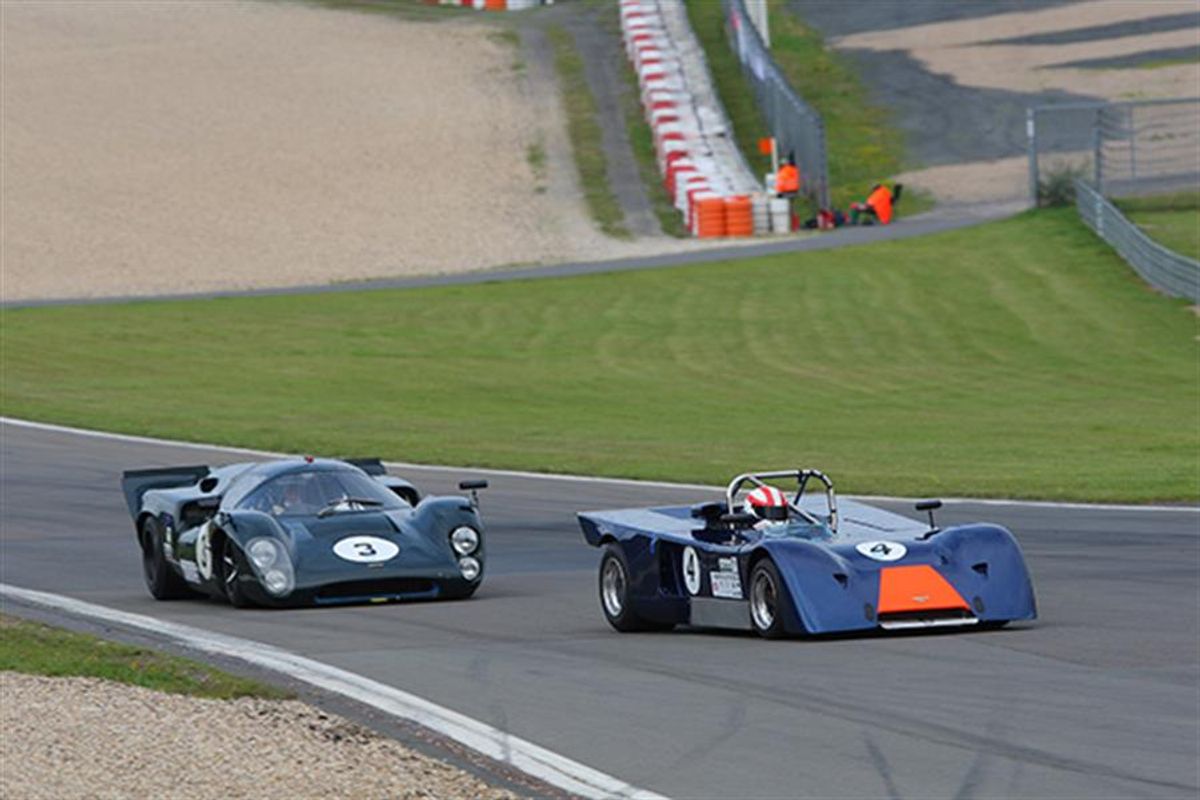 Martin O’Connell capped a superb weekend at the Nürburgring by winning the second FIA Masters Historic Sports Car Championship race of the weekend - his third win at the meeting this weekend.

From pole, O’Connell headed Jason Wright (Lola T70) to the first corner but couldn’t shake off the Lola, which attacked at the end of the opening lap. Wright powered past the Chevron B19 and once ahead used his guile to keep O’Connell at bay.

“He was clever!” laughed O’Connell. “He was really slow in the corners and I couldn’t go round the outside and then on the straights he would pull away so I had no chance.” However, Wright soon started to suffer from understeer and struggled to turn through the Schumacher S bends, allowing O’Connell to nip ahead.

The gap then opened up as Wright’s understeer prevented a proper attack and O’Connell ran out an easy winner.

“It’s good to have a weekend with no problems. When the car is so good, it looks easy,” said O’Connell.

Pre-66 honours fell to Keith Ahlers (Cooper Monaco) who bagged ninth overall, while Joaquin Folch battled from last on the grid to second in the Pre-66 battle ahead of Howard Jones (Lola T70 Spyder) who lost time with a spin.

There was drama, through, for championship leader Andy Newall (Chevron B8). A mystery ignition drama, that Newall felt was heat related, caused the car to cut out on the warming up lap. Newall fell to last at the start but the car picked up and he stormed into contention, only for it to cut out again at the final corner of the third lap and pitch him into a spin. He tried again but the car finally stopped as he crossed the line after five laps. His retirement gives Jason Wright the championship lead.

The next stop for the FIA Masters Historic Sports Car Championship is Zandvoort, Holland, on August 29-31.