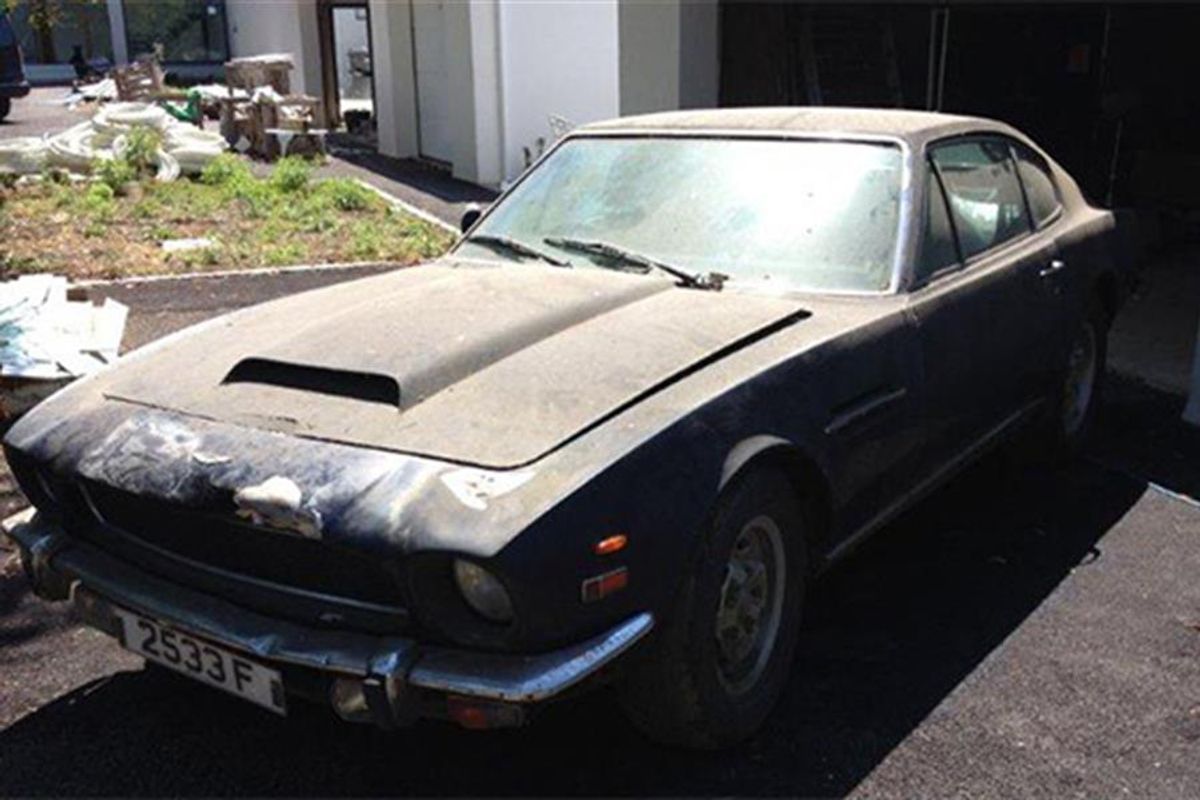 Silverstone Auctions have a no reserve 1978 Aston Martin V8 Series III up for grabs today - barnfind fever at the ready...

Why do barnfinds typically fetch so much more than they are worth? The cost of acquisition together with the cost of restoration invariably results in an expenditure in excess of the cost of a good car - but one assumes the low price point is often what people feel is their entry ticket to ownership  - and in any case some people really enjoy restoring a car and bring it back to A1 condition.

The reality is that high prices and subsequent restoration of these barnfinds is good news for all of us - in that the stock of old useable cars increases - preserving more of these old classics for future generations to enjoy.

You have to say though that barnfind fever - means that this V8 will probably fetch more than a running useable car - so if you have a medium range car for sale - to realise the best price - cover it in moss/dust/bird shit - give it  a few dents - let some air out of the tyres and photo it outside a building which might have the loosest "barn" connotations, consign it to an auction house - and you should be expecting top money.

Auction PR on the car below:

Aston Martin's customers had been clamouring for an eight-cylinder car for years, so Aston Martin designed a larger two-door saloon for V8 applications. The engine was not ready, however, so in 1967 the company released the DBS with the straight-six Vantage engine from the DB6. Two years later, Tadek Marek's V8 was ready, and Aston released the DBS V8. With the demise of the straight-six Vantage in 1973, the DBS V8, now restyled and called simply the Aston Martin V8, became the company's mainstream car for nearly two decades. It was retired in favour of the Virage in 1989.

Offered here in true 'barn-find condition' is one of the last Series III cars to be produced and first registered 27th September 1978 to Mr Ivor Cohen.

During its former life this V8 was clearly maintained to the highest of standards. The history file contains evidence of regular maintenance work by Aston Martin main dealer ‘Reg Vardy' and specialist ‘Ian Mason Aston Martin'. Invoices can be found totaling £35,000 up to the point it changed hands to its second owner at 97,000 miles.

In 1999 the third owner put ‘KUP 12T' into storage with the odometer showing 112,652 miles where it has remained until March of this year.

Crying out to be loved again, an ideal restoration candidate offered Without Reserve.