Legendary line up: Jaguar Heritage cars of the Mille Miglia 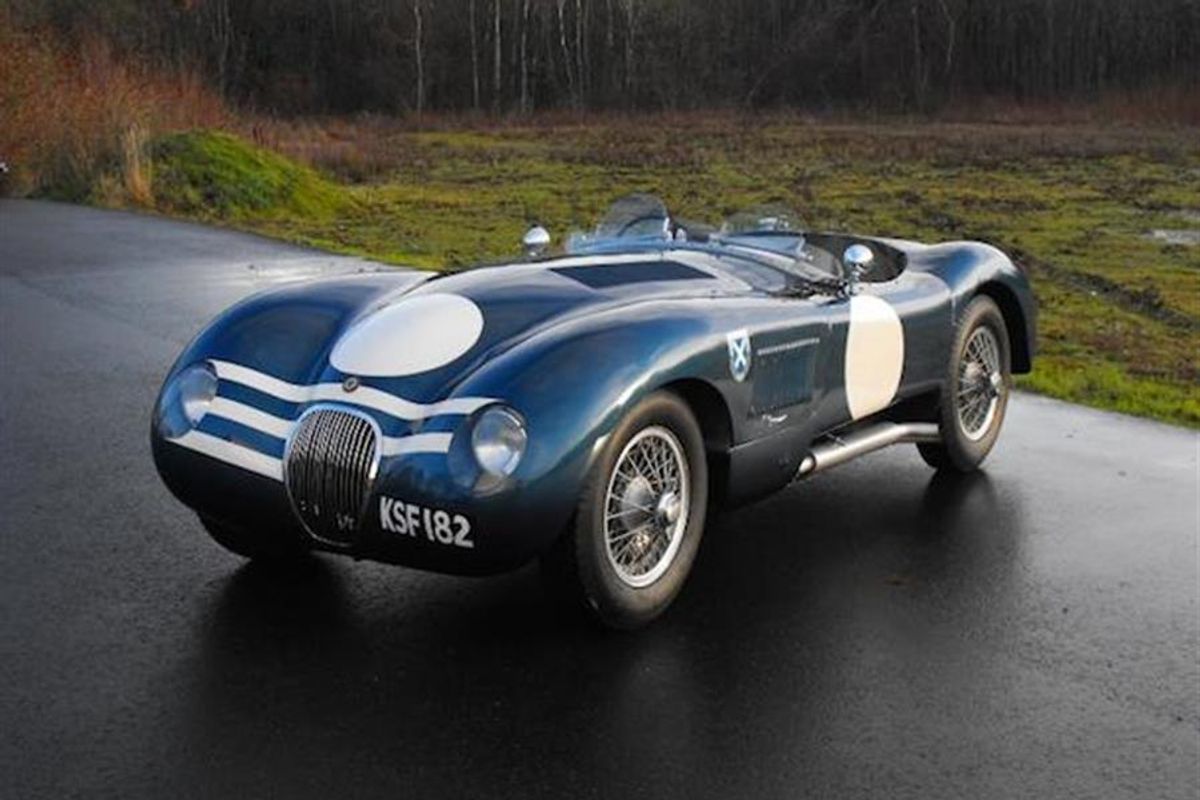 Nine of Jaguar’s most celebrated Heritage models from the 1950s to compete in the famed Mille Miglia: three C-types, three D-types, an XK120, an XK140 and a MK VII

Highlights include C-type ‘NDU 289’, which competes in 2015 event some 62 years after it raced in the original Mille Miglia

Racing pedigree in depth with D-type ‘Long Nose’ Ecurie Ecosse, which finished in second-place finish at the 1957 Le Mans

Event runs from 14-17 May, 2015 with a star line-up of drivers coming from motorsport, music and entertainment to drive historic Jaguars on the Mille Miglia  Nine of Jaguar’s most decorated and iconic heritage cars will compete in the 2015 Mille Miglia as the brand celebrates its 80th anniversary.

Fans lining the 1,000-mile loop in Italy will be treated to the sight of three C-types, three D-types, an XK120, an XK140 and a MK VII saloon, which will compete as part of the Jaguar Heritage team. Held from 14-17 May, 2015, the Mille Miglia presents one of the toughest tests for both car and driver, beginning and ending in Brecia and running through the heart of Italy’s capital, Rome.

The first of the C-types wearing registration number ‘NDU 289’, is no stranger to the Mille Miglia having competed some 62 years ago in the original race format back in 1953, driven by Mario Tadini and Franco Cortese. It also forms part of the Jaguar Heritage Trust collection. The car is one of three models competing at this year’s race that are owned and run by the Jaguar Heritage Trust and will be driven by Jaguar Vehicle Integrity Chief Engineer, Mike Cross.

C-type ‘KSF 182’ bearing Chassis No. 42 that was raced by Jimmy Stewart and later by Sir Jackie Stewart over a three-year period from 1953 to 1955. It will be driven by five-time winner of the Le Mans 24hr, three-time Daytona 24hr winner and world sportscar veteran, Derek Bell. Derek is driving as a guest of art collector, classic car enthusiast and owner of ‘KSF 182’, Adam Lindemann. Learn all about the C-type in this Jaguar Heritage film: http://youtu.be/jVf9z1NEa2Y

Completing the C-type trio is ‘PUG 676’ that was raced extensively in the post-World-War II era and will be driven by its owner, Royal Automobile Club Motoring Committee Chairman, Ben Cussons.

Jaguar’s participation would not be complete without the legendary D-type. This year’s Mille Miglia line-up will include ‘NVC 260’, a car that competed in several Mille Miglias in the 1980s. Formerly owned by Ralph Lauren, this special D-type also proved its worth over a two-year racing career between 1956 and 1957. It will be driven by its owner, one of the classic car world’s most respected experts, Simon Kidston.

Also competing will be ‘RSF 303’ and ‘393 RW’, which featured in several renowned races back in the 1950s. The Ecurie Ecosse D-type ‘RSF 303’ was bred for competition and after grabbing the runner-up position in the 1957 Le Mans race, took part in Mille Miglia testing that very same year and then again in 1958. It will be driven by Jaguar Design Director, Ian Callum and businessman and classic car enthusiast and owner Clive Beecham.

Reinforcing the D-type’s competitive spirit and performance was ‘393 RW’, which crowned a glorious year in 1956 by winning the 12 Hours of Reims and finishing in a credible sixth place – and setting the fastest lap – at Le Mans in the same year. It will be driven by host of the hugely popular BBC One show, Saturday Kitchen and well-known chef, James Martin.

Customers can experience what it feels like to drive a C-type, D-type and E-type at Jaguar’s test facility at Fen End near the home of Jaguar Land Rover in the West Midlands. Jaguar Heritage Driving Experiences give people the opportunity to fully experience the feeling of driving a classic Jaguar. A choice of one-hour test drives, a half-day Le Mans 24 Hours race-themed special or a full-day ‘Grace and Pace’ hospitality and driving programme are available. Learn all about the D-type in this Jaguar Heritage film: http://youtu.be/h_9JEnc6mSs

Although not available to drive in the Jaguar Heritage Drives programme currently, the MK VII saloon will still give fans and followers of the Mille Miglia on Jaguar’s social media platforms a chance to see why it was one of the most remarkable cars of its era, thanks to its ability to travel at 100mph with five people and their luggage. This year’s event will feature ‘97 DMH’, driven by adventurer Charley Boorman. A MK VII very similar to this was famously piloted to victory in the 1956 Monte Carlo Rally by Ronnie Adams.

Adding glamour to the 2015 Mille Miglia challenge is ‘OOF 748’ - the XK120 affectionately christened as ‘Betsey’ by TV presenter and current host of Channel 5’s The Classic Car Show, Jodie Kidd, who drove this stunning Jaguar in the 2014 trial. She will again drive ‘Betsey’ in this year’s event, this time partnered by male supermodel, GQ.com columnist and classic car enthusiast, David Gandy. Learn all about the XK120 in this Jaguar Heritage film: http://youtu.be/QVczfP4Q8Bc

The successor to the XK120, the XK140, arrived in September 1954 and continued its predecessor’s legacy of grand two-seater open-top motoring. The specific XK140 racing in this year’s Mille Miglia, registered ‘TAC 743’, was once owned and raced by successful British racing driver David Hobbs. Fully restored by Trevor Groom back in 2006, it will be driven by Elliot Gleave, aka musician Example, and his father Michael. It completes Jaguar’s team of contenders at the 2015 Mille Milglia.