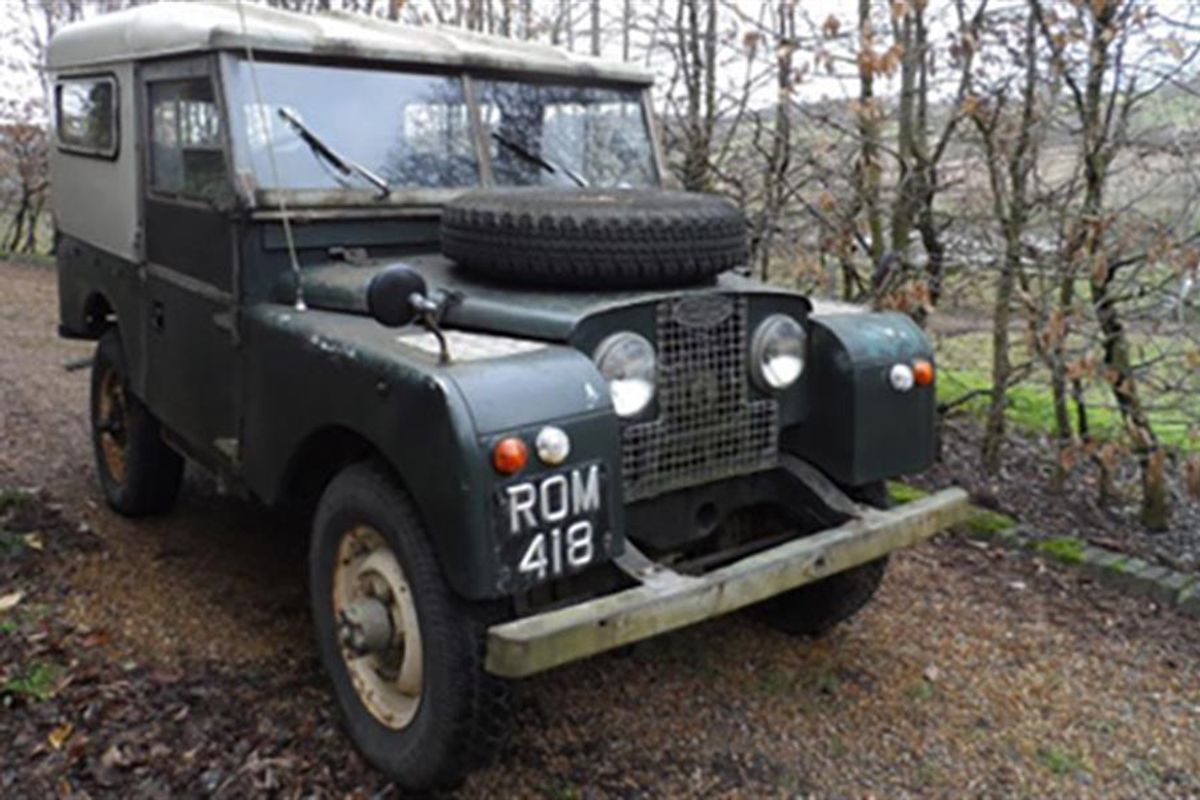 This lovely Series 1 Landy - with amazing provenance was well bought for £7,650 - you can't buy history but you can spend lots of money restoring something with indifferent history....Hope new owner keeps it up together as is - and does not trash the cool patina - auction description below:

"This delightful 'shabby chic' Series 1 Land Rover, has an aristocratic history having been purchased by the Rothschild family as a gift for Romulus Christie the grandson of Sir George Christie the founder of the 'Glyndebourne Festival' at Glyndebourne Manor where, until very recently, the car resided."

People spend that on poor examples with no history - buyer had a result.

See all the results at http://www.silverstoneauctions.com/the-restoration-show-sale-2016/view_lots/pn/allSale Highlights:

The last Lamborghini produced before VW took ownership of the company, presented in a rare one-off paint colour and in amazing condition, sold for nearly £25,000 over its lower estimate.

One of the earliest Land Rovers produced, this restored Series I sold for more than £20,000 over its lower estimate, the highest price achieved in recent years.

One of the last 400 Defenders made as production came to an end this year, this example was sold with just 108 miles on the odometer.

1950 Land Rover Series I Station Wagon with coachwork by Tickford

One of the rarest and most historically significant Land Rovers. This 1950 Series I Station Wagon with coachwork by Tickford is one of the last surviving road going examples and sold for a world record price.

A rare 1987 Ferrari 412i, which was presented in exemplary condition having benefitted from a restoration, sold for more than £10,000 over its lower estimate.

Perhaps the best in the world, with exceptional levels of preservation in amazingly original and unrestored condition, this unique Capri sold for nearly £10,000 over its lower estimate.

Another car that could claim to be the best in the world. The UK right-hand drive car was a very special example indeed, with just two owners from new and meticulously restored, and the last UK car in its originally specified gold colour.

An original UK right-hand drive, one of the last Series III V8s produced, and offered as a matching numbers non-running project.

This matching numbers example, stored for the last 20 years, will be a wonderful restoration project for its new owner.