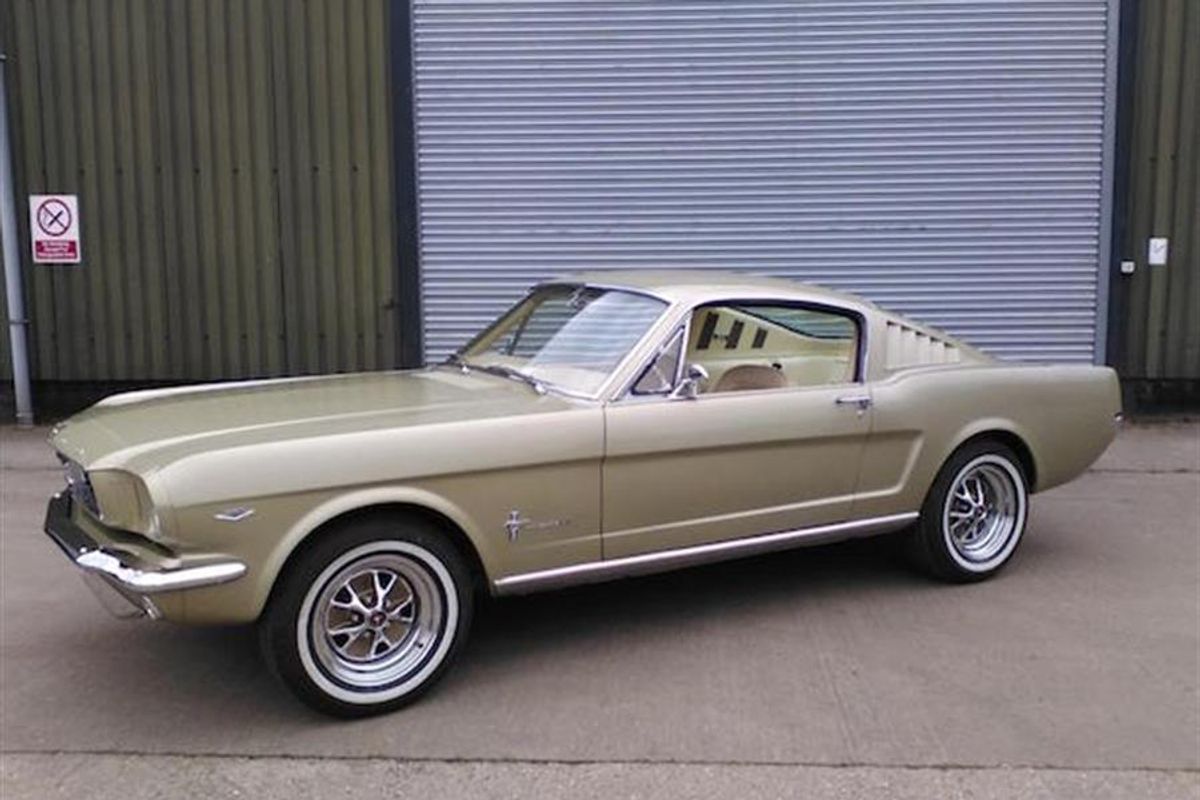 113 amazing cars will be going under the hammer in Classic Car Auctions' first sale of the year, which takes place at the Warwickshire Exhibition Centre just outside Leamington Spa, this Saturday 19th March.

This will be CCA's biggest and best catalogue yet, including a fantastic selection of ‘everyman’ classics.

Headlining the sale is an expertly restored 1966 Ford Mustang 289 2+2 Fastback. This is the 'must have' model with the desirable 'four on the floor' manual gearbox. With restoration works addressing the bodywork, interior, engine and gearbox, this is believed to be one of the best examples on the market. It is estimated at between £34,000 and £38,000 and enters the auction alongside six other American classics.

Another Japanese performance icon entering the sale is a limited edition 2000 Subaru Impreza P1. One of just 1,000 made and only 669 believed to be left on the road, this example offers great value estimated at between £10,000 and £12,000.

Fast Ford prices continue to rise, and so a rare 1985 Ford Sierra XR8, estimated at between £8,000 and £10,000, could prove a canny purchase. As one of only 250 ever made, this South African import has travelled relatively few miles and offers future icon status.

For Aston Martin enthusiasts looking for a newer example, a 2000 Aston Martin DB7 Vantage Volante, with an impeccable service history is offered. With just 34,000 miles on this odometer, this incredibly well cared for example is estimated at between £32,000 and £35,000.

There are many hot-hatches going under the hammer including a very rare 1987 Fiat Strada Abarth 130TC, believed to be one of just five UK road registered examples. Showing just 8,928 miles on the clock and with original paintwork, it is estimated at between £8,000 and £11,000.

Another special Fiat is a 1939 Fiat 500 Topolino originally owned by the second Duke of Westminster. One of just 400 made, this fully restored comes with an exceptionally low mileage of just 1,593 miles, and is estimated at between £12,000 and £15,000.

For music fans, a 2005 Maserati Quattroporte V first owned by British pop icon Sir Elton John will be auctioned with an estimate of between £15,000 and £17,000.

Commenting on the sale this weekend, CCA general manager, Guy Lees-Milne, said: "This is our biggest catalogue yet and we have a fantastic selection of classic and modern cars on offer in our first sale of the year. With so many cars on offer, many with fascinating histories and provenance, we’re expecting a packed auction hall on sale day."

Those not able to attend the sale in person this weekend can register to bid online or by phone, or by leaving a commission bid with CCA before the sale.

You can view the full list of cars on offer or find out more about CCA's March sale here http://www.classiccarauctions.co.uk/cca-march-2016-classic-car-sale/view_lots/pn/all