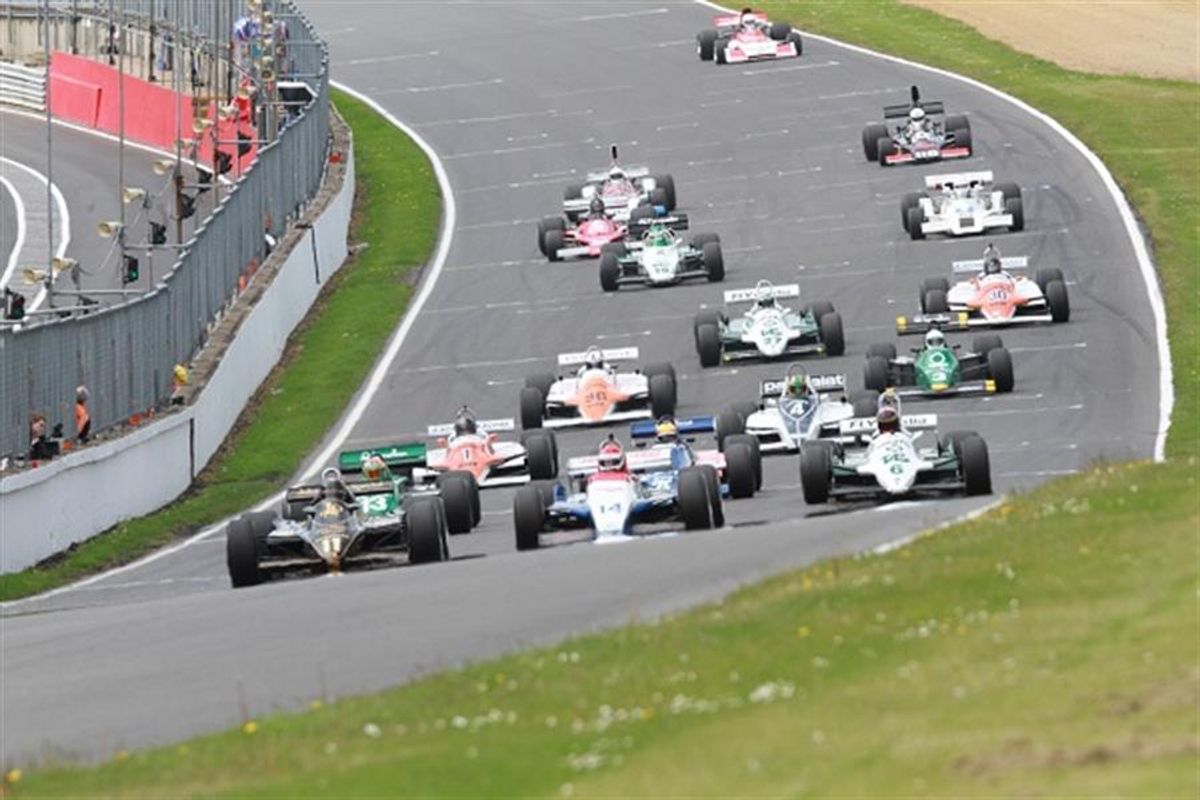 Formula One cars of the 1970s and 80s will hit Brands Hatch, Kent, on May 28/29 as the FIA Masters Historic Formula One Championship headlines the Masters Historic Festival with a fabulous entry ready to do battle.Ten different constructors (Lotus, Ligier, Surtees, Ensign, Williams, Hesketh, McLaren, Arrows, Theodore, Tyrrell) will do battle, with all the cars running in period livery and adding to the nostalgia of the event.On a weekend commemorating James Hunt’s 1976 World Championship success, Michael Lyons will be behind the wheel of Hunt’s 1977 McLaren M26, while examples of Hunt’s earlier Formula 1 success is highlighted by the Hesketh 308/1 in the hands of James Hagan.Belgian driver Loic Deman was the man to beat in the opening two races at Zolder in April and his Tyrrell 010 heads the entry for the UK event. Deman took two wins at Zolder and his ex-Jean-Pierre Jarier/Derek Daly Tyrrell will be hard to beat at Brands Hatch although opposition will come from Greg Thornton’s ex-Elio de Angelis Lotus 91/5 and local ace Richard Barber in his 1983 ex-Keke Rosberg/Jacques Laffite Williams FW08C.“I’m looking forward to Brands Hatch,” says Deman. “It is a challenge for the driver and always gets a knowledgeable crowd who know their motor racing. I hope I can take two more wins.”Tommy Dreelan’s 1982 Williams FW08, from Keke Rosberg’s championship-winning season, adds to the list of front-runners as does the ex-Alan Jones Williams FW07D of Mike Wrigley.The Pre-78 division will be just as competitive with Max Smith-Hilliard (Lotus 77) heading the charge but will be chased by Nick Padmore’s Shadow DN5 and Philip Hall in the ex-Keke Rosberg/Eddie Cheever Theodore TR1. Jason Wright (Shadow DN8) will take on Andrew Beaumont’s Lotus 76/1 in an entry full of evocative cars.The FIA Masters Historic Formula One Championship will have two races, one on Saturday May 28 and the second on Sunday May 29 on a circuit ideally suited to cars from a golden age of Formula One.