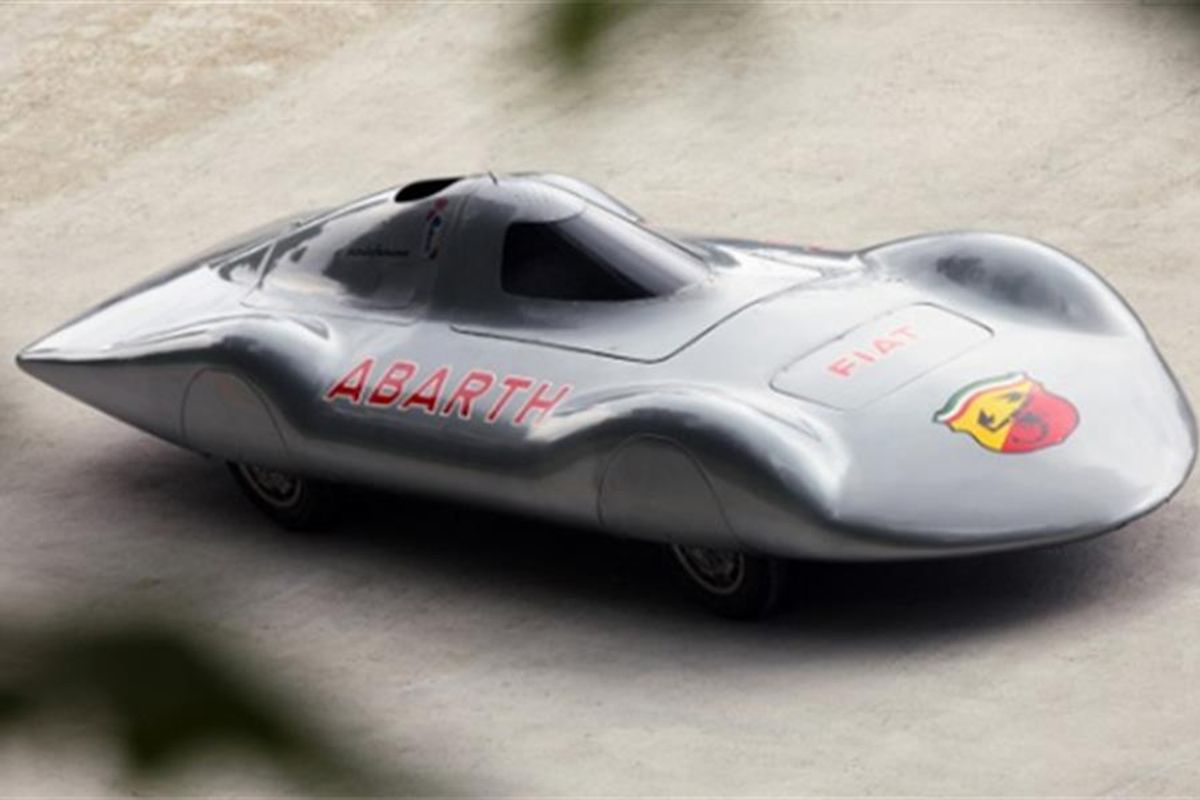 Not really a fan of cars which are destined to be static exhibits - but this 1960 Abarth 1000 Bialbero Record Car is so beautiful that to have it just to gaze at will be a privilege for the next luck custodian..PR below:

Presented at the 42nd Turin Motor Show, the 1960 Abarth 1000 Bialbero Record Car “La Principessa” is one of the most remarkable designs ever conceived by Italian coachbuilder Carrozzeria Pinin Farina. Built on behalf of Fiat-Abarth, the shape was developed utilizing the wind tunnel at Turin Polytechnic University, with the sole goal being to create a car that would break the world record for highest sustained speed over the longest period of time. Pinin Farina’s masterful hand achieved just that and more.

With a drag coefficient of just 0.20, La Principessa went on to set nine world records including 10,000 kilometers with an average speed of 118.7mph, as well as 72 continuous hours at an average speed of 116mph. This unrestored car has been with the same private owner for decades and is being offered for public sale for the first time. Gooding & Company is thrilled to present this rare time capsule, which comes with a wonderfully documented racing history and provenance.