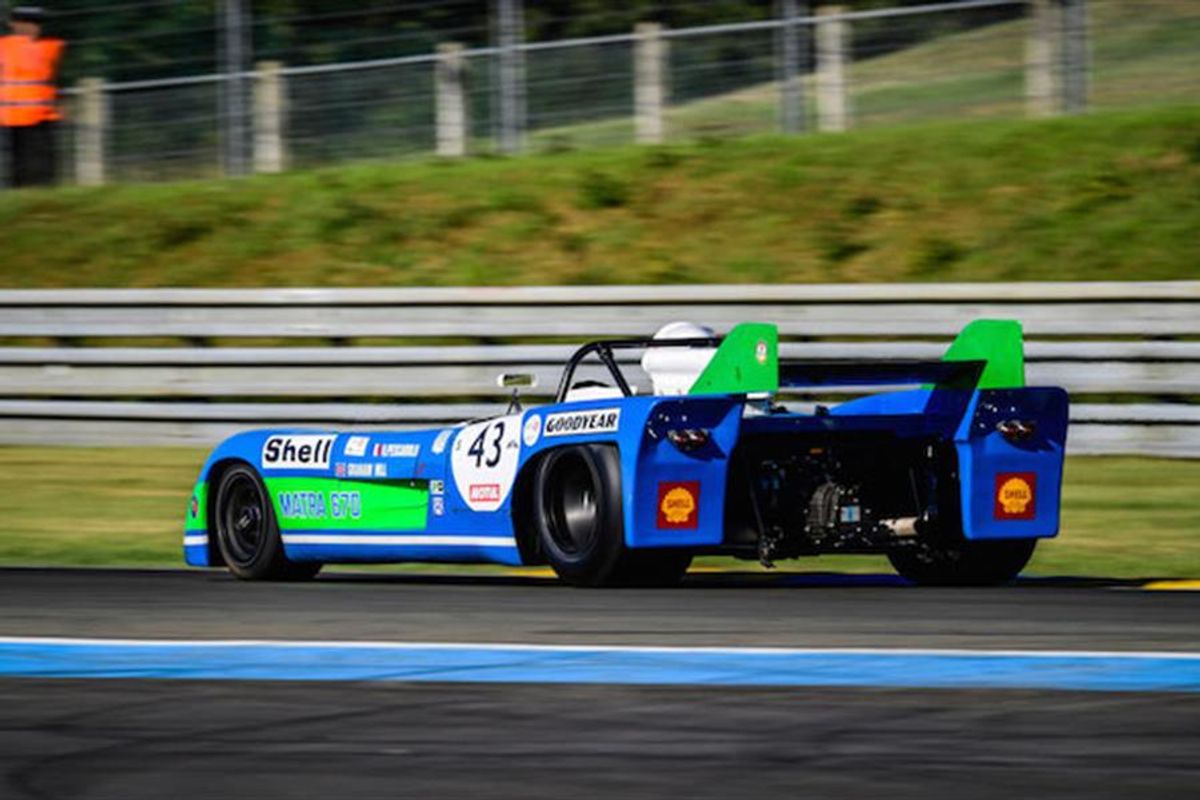 On Sunday at 16:00, the flag came down on the 8th staging of Le Mans Classic organised jointly by Peter Auto and the Automobile Club de l’Ouest. This biennial event celebrating the history of the Le Mans 24 Hours has became a real crowd-puller over the years as it offers an increasingly appealing and successful festival for spectators and participants alike.Exceptional weather, 24 hours retracing the history of the greatest endurance race in the world over the period 1923-1993, 550 cars on the track, 1000 drivers, 10 former winners of the 24 Hours including the latest, Romain Dumas, the eagerly-awaited Group C event and the Jaguar Classic Challenge racing for the first time as curtain-raisers, 8500 cars representing 180 makes’ clubs, the celebration of BMW’s centenary and the 50th anniversary of the Ford GT40’s first victory in the Le Mans 24 Hours, the Concours Le Mans Heritage Club, Little Big Mans, the F.F.V.E.’s special exhibition devoted to racing team transporters, the long list of exhibitors and the entertainment and activities in the village meant that all the right ingredients were in place to make this huge celebration of motor sport, following in the tradition of the previous events, an even bigger success as proved by the fact that having attracted a crowd of 110 000 spectators in 2014, this weekend no fewer than 123 000 people flocked to the Le Mans circuit.Among the innovations this year was the opening of the circuit on Friday morning representing a gain of five hours so that practice session could be scheduled, as well as the Group C race with an entry of almost 40 cars representing the Golden Age of endurance for long-distance specialists. There was also the magnificent field of the Jaguar Classic Challenge with around 60 cars representing the Coventry make including the most iconic like the Types C, D, E, XKs and Mks. Victory went to British driver Andy Wallace (19 starts in the Le Mans 24 Hours including outright victory in 1988) at the wheel of the D-Type, which won the race in 1955 driven by Mike Hawthorn and Ivor Bueb.On Saturday at 15:30, Jamaican sprinter Yohan Blake, an ambassador of the watch brand Richard Mille (main partner of Le Mans Classic with EFG), gave the start of Little Big Mans. This allowed budding drivers aged between 6 and 10 to experience a Le Mans-type start and race on the Bugatti circuit. Alain Figaret – official clothing supplier – and Richard Mille rewarded the fair-play and team spirit of the youngsters taking part.Once the small cars (almost 90) set off on their parade lap, the vehicles in grid 1 for pre-war cars (1923-1939) got ready for the official start of the 8th Le Mans Classic. At 16:00 American star Pharrell Williams (another ambassador for the Richard Mille brand), singer, author, composer and producer of numerous hits including the famous song, Happy, waved the French flag unleashing men and machines on the 13,629-km circuit. The race for the 6 grids covering the period 1923 to 1981 was under way and it would continue into the next day. The festivities in the paddocks took on another dimension inviting the crowd to plunge into the very heart of this marvellous retrospective of the greatest endurance race in the world.A few hours earlier under the hammer of Maître Hervé Poulain in front of a packed house, the auction held by Artcurial Motorcars (the 4th in the history of Le Mans Classic) totalised 9 007 016 euros with 72% of the lots sold. The part devoted to collectors cars reached the figure of 8 717 752 euros, and the highest price achieved was 1.3 million euros for a client competition works Porsche 935 that had raced in the Le Mans 24 Hours three times. Ten out of the 115 lots in the auction reached a price of 200 000 euros, and three exceeded 500 000 euros.Another of the event’s highlights was the prestigious Concours Le Mans Heritage Club comprising 24 hand-picked cars, all of which had taken part in the Le Mans 24 Hours between 1923 and today. The jury consisting of numerous specialists awarded the following prizes on Sunday afternoon:Best of Show: Ford GT40 Mk2 (Robert Kauffman)1st Class 1923-1939: Lorraine-Dietrich (Philippe Leroux)1st Class 1949-1953: DB HBR53 (Dominique Lanlaud)1st Class 1954-1964: Frazer Nash (Bill Holroyd)Special Prize: Panhard X86 (Pierre Mouette)1st Class 1965-1971: Ford GT40 (Frédéric Collot)Special Prize: Nomad BRM (Christophe Brunhes)1st Class 1972-1982: Inaltera 001 (Edgar Richoz)Special Prize: Lola T600 (Jacques Sicotte)Special Prize "Fidélité": Porsche 934 RSR (Claudio Roddaro: 6 outings in the le mans 24 Hours)1st Class 1983-2016 : McLaren F1 GTR (François Perrodo)Special Prize: Marcos LM600 (Emeric Bordet)F.I.V.A. Prize: CD Peugeot SP66 (L'Aventure Peugeot)F.F.V.E. Prize: Delage 3L (Jean-Michel Collet)The Concours des Clubs also rewarded several winners and awarded the following prizes:1st Prize: Historic Lotus Club2nd Prize: Club ‘‘Qui N’en Veut’’ (Camping rétro)3rd Prix : 205 GTI Club de France SpecialF.F.V.E. Prize : Renault ClassicThus the 8th Le Mans Classic consolidated the success of the previous events thanks to the attendance of its faithful fans, as well as a large number of new visitors who fell under its charm. Rendezvous in 2018 for the 9th running which will be even richer, and whose paddocks will be open to everybody ensuring close contact between spectators and drivers and their cars.