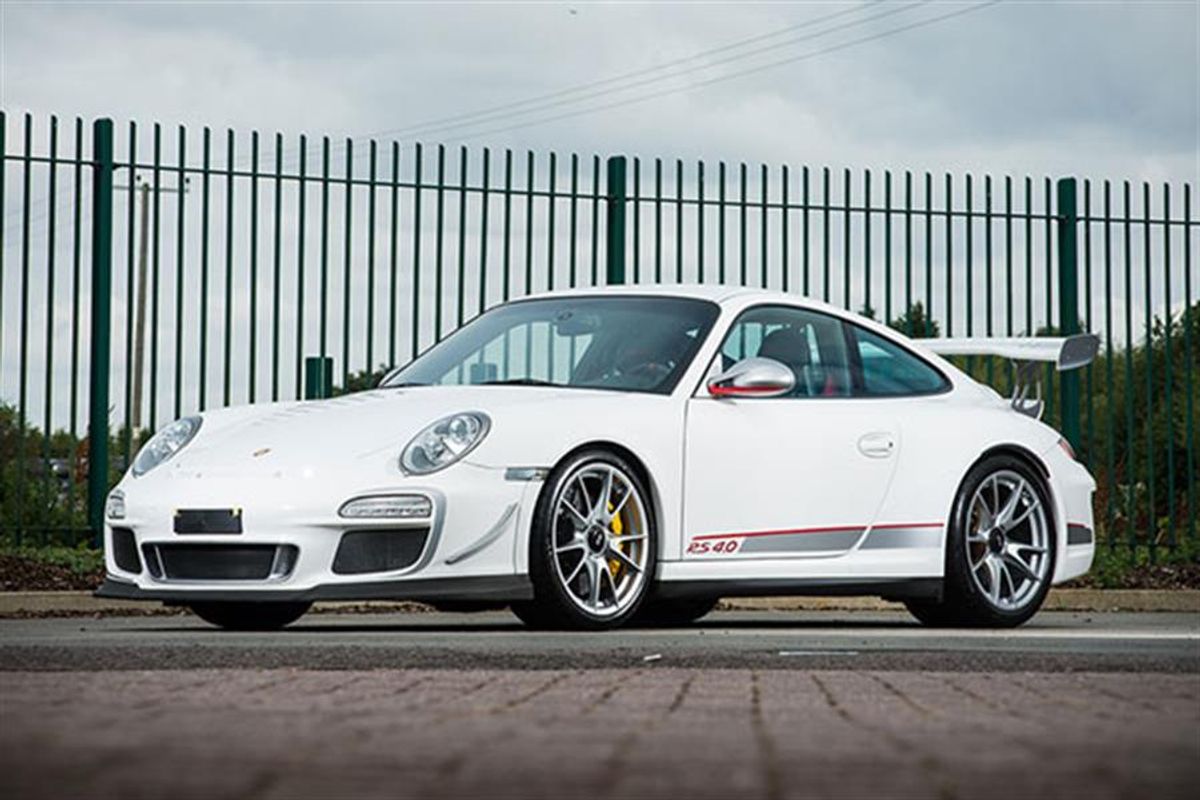 It's also done 28,700 miles - which means its way past the daft mileage threshold where the new owner would simply store it for fear of destroying the car's value. It's a japanese import - presumably the VAT is paid?

It's manual, got the famed Mezger engine - and with 600 made - rarer than a 911R which has a production run of 911 - and although with buyers commission it might be nigh on a £250k car - it's not so valuable for a suitably well heeled owner not to give it some vigorous exercise and drive it in the manner it was conceived for.

It might be fractionally slower than a 991 GT3 RS around a track - but would it be any less fun to drive? In any case - if you have driven one you would agree that it is an RS which actually is worthy of all the hype.

Details on the car here - with a link to the lot listing at the bottom of the page:

The Porsche 911 GT3 RS 4.0 was launched in 2011, and was the final development of the track-inspired series of 997 GT3 RS models. Only 600 examples were made and it was the last hurrah for the motorsport-derived Mezger flat-six that was bored out from 3.8 to 4.0 litres, the largest displacement 911 engine ever. The normally aspirated power plant was crucially mated to a 6-speed manual transmission and achieved 494bhp at 8,250rpm. The 4.0 RS is considered by many to be one of the greatest drivers' cars of all time and according to EVO Magazine when the car was released: "It is the ultimate 911, and you could easily argue it's all the car you'll ever need. It will become an icon."

Order new from Porsche Struttgart the car was exported and delivered to Japan, where it resided with its enthusiast owner untill earlier this year. This RS 4.0 is finished in Carrera White with contrasting Carrera GT Silver wheels and is trimmed in Black leather and Black Alcantara, complementing the exterior perfectly and resulting in a stunning and eminently desirable 911.

The car was regularly enjoyed and well maintained showing 28,700 miles the car has been serviced every year of its life showing 4 stamps in the service book. Presented with its book pack and import/NOVA documents the car is now ready to be registered, enjoyed and cared for much like its previous owner did.

This car is a must have for the Porsche collector/enthusiast. With usable yet low miles the 4.0 holds a true place in porsche history, not only is it the last of the Mezger engined Porsches, the RS 4.0 is the only limited edition where each car is numbered, and the 4.0 RS will probably be the last manual "RS" variant to have rolled out of the Porsche factory.