September 3, 2016 in Historic and Market 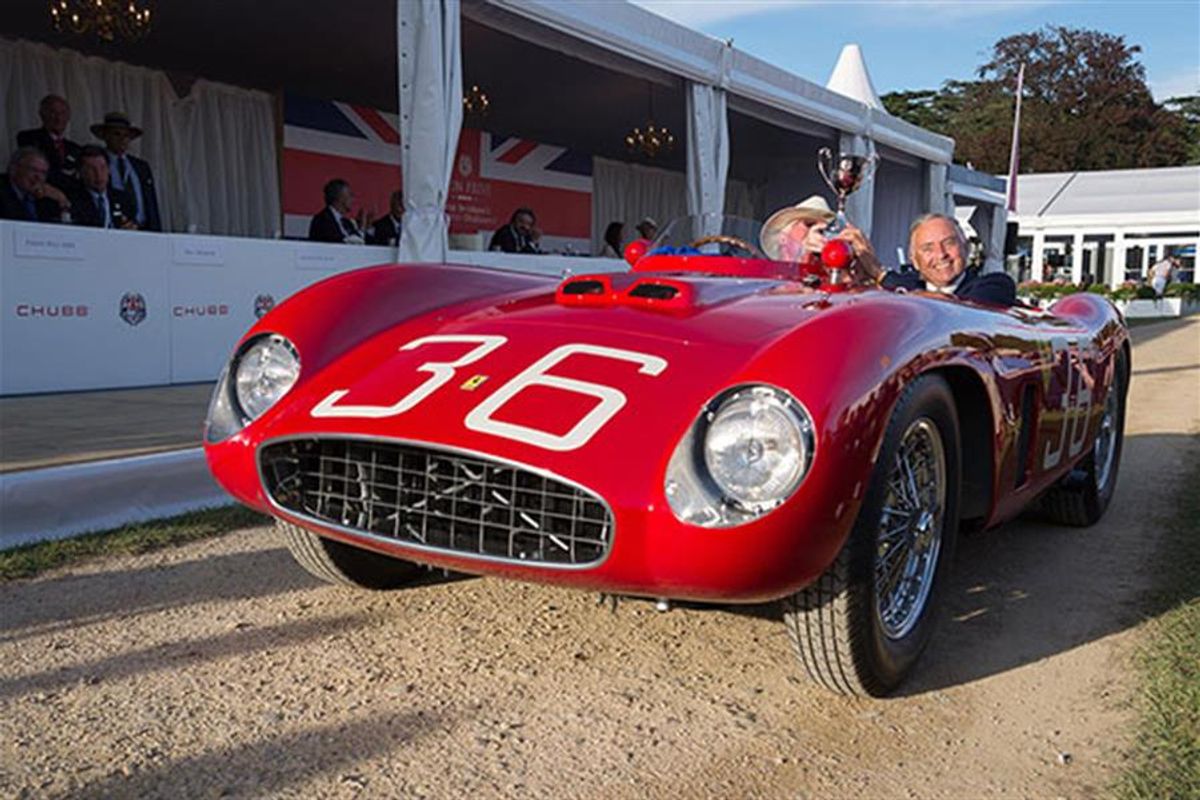 Hailed as one of the finest concours competitions yet, 2016’s Chubb Insurance Concours d’Elégance has seen some of the world’s rarest and most alluring cars battle it out on the lawns of Blenheim Palace.

Leading the charge of formidable Italian thoroughbreds, the outstanding 1956 Ferrari 500 Testa Rossa fended off rivals to steal the Best of Show on the Thursday of Salon Privé. It was also the winner in its Racing Improves the Breed class, with another famous Italian car, a magnificent 1954 Maserati A6 GCS Berlinetta close behind, being runner-up in the same class. The Maserati however did pip the Ferrari to the post in the race to receive the People’s Choice award.

In tribute to the 50th anniversary of the iconic supercar, and as part of the wider Lamborghini-backed celebrations,the Lamborghini Miura anniversary class drew eight amazing examples to the concours lawns. Giving the judges a hard task in deciding a winner, the Lamborghini Miura P400SV of Adrian Labi ultimately proved the winner, with the P4000SV of Bill Heinecke finishing close behind.

With over 75 exceptional classic cars and motorbikes, this year’s Chubb Insurance Concours d’Elégance assembled some outstanding vehicles, as the competition returned to the World Heritage site of Blenheim Palace. “There are cars that just impress from the start, and this year the 1956 Ferrari 500 Testa Rossa wowed the judges. Never having been seen before at a worldwide Concours, it was a sight to behold for any Concours connoisseur” said Salon Privé Managing Director & Concours Chairman, Andrew Bagley. “A Testa Rossa being a rare model in itself, this car ticked all the boxes for the Judges in terms of attention to detail of the restoration, provenance and racing pedigree, making it the clear, outright winner. Owned by Bruce Lavachek and David Cottingham, the award was particularly moving as it has been a painstaking 40-year journey for Bruce to locate the car and bring it to its now former glory, with the specialist skills of David Cottingham, owner of DK Engineering. The car had in fact languished in a barn in Iowa and had been forgotten about since its last race in 1960. To have the car presented at a worldwide-renowned Concours, let alone with the ultimate Best of Show, is a dream that Bruce never considered could be achieved in his lifetime.”