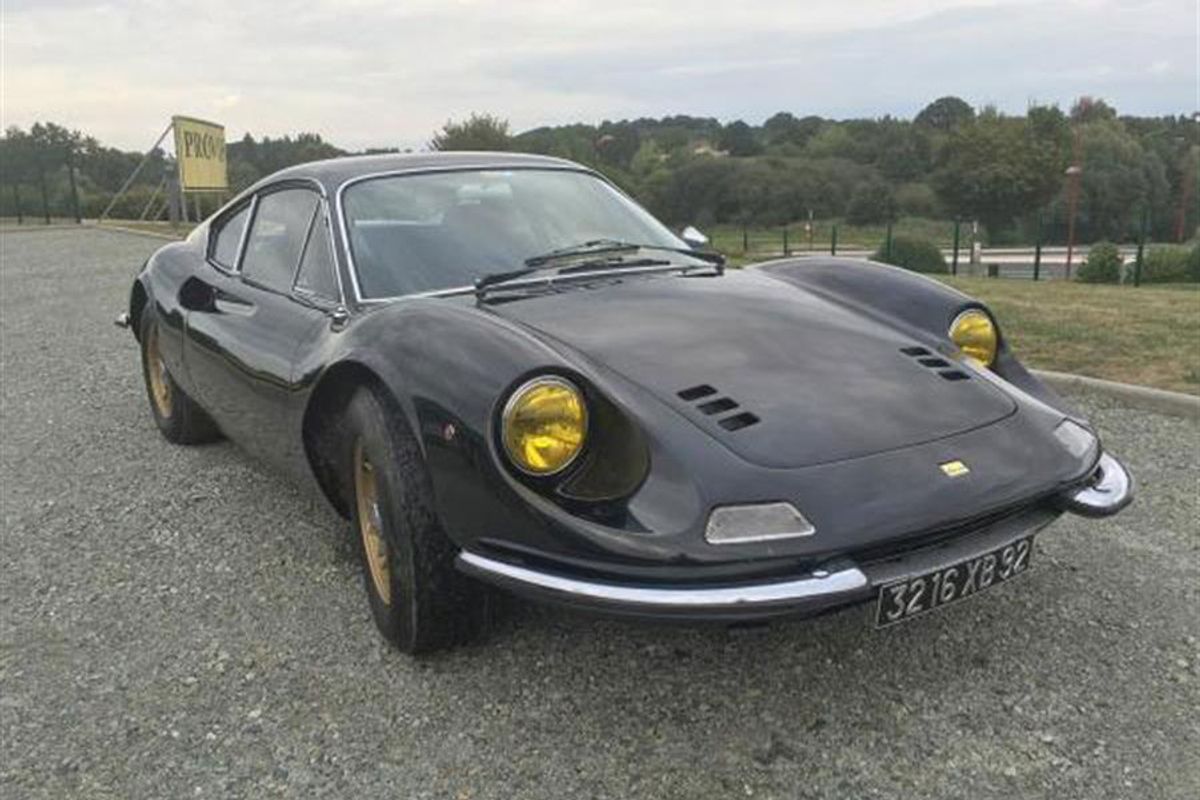 International auctioneers Coys, in association with Coutau-Bégarie, have lined up a superb selection of classic and sports car for their exclusive auction at this year’s Paris Motor Show – Mondial de L’Automobile, the biggest motor show in the world, on 8th October in Paris.

The renowned international auction house with its local auction partner in France will be putting a selection of the most sought-after and iconic classic, modern and sports cars under the hammer at the international biennial event, also the world’s leading motor show in terms of visitor numbers with 1,253,513 people in attendance in 2014.

Chris Routledge, CEO of Coys, said: “We are very excited to be at the Paris Motor Show. France is one of the most important countries in terms of motoring heritage and presence in the historic car world. We have a very broad selection of cars, coming from every corner of France and all over Europe.”

Innovation has been at the heart of the Coys story since the company opened its doors in 1919, and it continues to explore new ways to serve and expand the market for fine historic cars.

Chris Routledge said: “That’s why we are delighted to announce that Coys has joined Vero - an exciting, beautifully simple new social platform. Download Vero and join us to follow all the action from Hall 1 as we bring London to Paris at the Mondial de L’Automobile… and stay tuned for an exciting announcement on Thursday!”

The Paris Motor Show will open its doors to the general public from the 1st to16th October 2016, from 10 am to 8pm, with late night openings on Thursdays and Fridays. It takes place at Paris Expo, Porte de Versailles, a venue in the very heart of the French capital.

1969 Ferrari Dino 246 GT Type LFirst Dino delivered and registered in France – 11th Dino ever made.With its flexible engine, uncomplicated chassis, outstanding handling and superb looks the Dino 246 GT is a true classic and certainly one of the most sought after 70s sports cars. This example is the 11th Dino ever made and going back to its origins, being the first delivered and the first registered Dino in France (confirmed by the Dino register). Estimated at €320,000 - €350,000.

1926 Bentley 3 litre Short Chassis Sports TourerThis fabulous matching-numbers Bentley left the works in 1926, fitted with an Open Sports body supplied by Vanden Plas. Amazingly the Vanden Plas body (number 1266) is still fitted to the original chassis, as is the original 3 litre engine. Simply an unrepeatable and not to be missed opportunity to join the select Bentley Boys club. Estimated at €420,000 - €450,000.

1989 Porsche 911 Turbo S “Sonauto”The 7th of 10 produced worldwideTowards the end of the production run of the 930, the official importer for Porsche in France, Sonauto, approached manufacturer and requested a limited edition of cars to mark the swansong of the 930 Turbo in the French market. After a little negotiation the car was signed off, and a very limited run of units with the best possible specifications was commissioned. Ten cars in total were produced and this example is No. 7. At the time, the cost of a new 930 Turbo was FF 614,700; the Sonauto Turbo with its performance kit was FF 870,000. Today it is estimated at €520,000 - €560,000.

The ‘Enzo Ferrari Film’ 1973 Ferrari 365 GT4From the Violote Collection, this is arguably one of the most significant 365 in existence. Offered with its original Modena number of MO 39333, the car was heavily featured in the 2003 film Ferrari, based on the book by Enzo Biagi depicting Enzo Ferrari’s rise from a successful race driver to one of the most famous entrepreneurs of all time. Estimated at €60,000-€80,000.

1965 Citroen DS 21 M CabrioletCitroën stunned the world in 1955 with the launch of the strikingly styled ‘DS’, which boasted a shark-like aerodynamically efficient, low-drag bodyshell with all-independent, self-levelling, hydro-pneumatic suspension, power-operated brakes, clutch and steering. This is a true French icon is estimated at €180,000 - €200,000.

1976 Alpine 1600 SCSteeped in racing history the Alpine 1600 SCs has become one of the most collectable rally-themed cars of the modern era. This car presented in the classic Renault Blue colours with black interior is in excellent condition throughout and as close to factory specification as one can find. Estimated at €100,000 - €120,000.

2009 Tesla Roadster ‘Signature Edition’1st Ever European Delivered TeslaTesla is fast becoming the modern-day-car market leader and with the way things are going, both in terms of fuel efficiency and performance, there is little doubt that one day we will look at the early all-electric cars as the classics of the new age of motoring. This is the first ever Tesla to officially reach Europe, making it a hugely significant vehicle in Tesla’s history. Estimated €55,000 - €65,000.

1931 Cadillac Fleetwood Drophead CoupeThis rare 1930’s Cadillac 355 Drophead Coupe by Fleetwood, is liveried in real 23 carat Gold Leaf and is believed to have once belonged to the flamboyant pianist Liberace. Estimated at €80,000 - €90,000.

1990 Lamborghini Countach Anniversary – one owner for 25 years, less than 400 milesThe Countach draws people’s attention like nothing else. It’s an extrovert and outrageous car, but whilst based on the QV chassis much had changed for the Anniversary model. The front and rear bumpers were re-designed, now with extra cooling vents for the front brakes. Sills had additional cooling streaks for the rear brakes and more cooling could be found on the rear shoulders. The suspension was modified in order to accommodate the new Pirelli P Zero tyres and OZ split-rim wheels and all modifications were executed under the watchful eye of champion racing driver, Sandro Munari. Low mileage and factory condition both inside and outside – a once in a lifetime opportunity for the true enthusiast. Estimated at €325,000 - €365,000.

2004 Porsche Carrera GT - 1,722 miles from newFor the creation of this model, Porsche’s engineers pushed boundaries of what was mechanically possible to offer a car that was as light as it was strong, using a carbon fibre monocoque and sub-frame, carbon ceramic brakes, 3-disc carbon fibre racing clutch for the car ultra-lightweight forged magnesium wheels, and more – you name it. All this was combined with a monstrous 5.7 litre V10 engine, making it one of greatest supercars of all time. This car has been in the custodianship of Porsche GB in Reading, United Kingdom, where it enjoyed a service in September 2016. Estimated at €650,000 - €700,000.

Natacha Toutain, daughter of a talented portrait artist, inherited an unrestrained passion for painting from early on in her life, including sculpture, drawing, photography, music, cinema and everything with regard to art in general. Like her father, she launched into portrait painting and very quickly achieved success. She is best known today for her paintings of Steve McQueen, who she painted on a number of select items from his car and motorcycle collection. The two original bonnet canvassed artwork feature the legendary Ayrton Senna and Daniel Craig as 007. They are estimated at €20,000 - €25,000 each.

In June 2016, the parents of a young boy, a police officer and his wife, a police secretary, were murdered in their own home in Magnanville, France, by a ruthless terrorist. Aware of this appalling tragedy, Frédéric Lenart, CEO of the ACO and Pierre Fillon, President of the ACO would like to show their compassion and donate the proceeds of this lot to the boy’s charity. They offer a one-off package which includes luxury accommodation and 2 Ultra VIP passes for the 24hs of Le Mans 2017. Access-all-area passes, a guided tour of the circuit and seats unobtainable to the General Public complete this unique opportunity to experience a Le Mans weekend like no other, all for the noblest of causes. Offered at no reserve – dig deep!