65 best of breed Porsches under the hammer at Silverstone Auctions 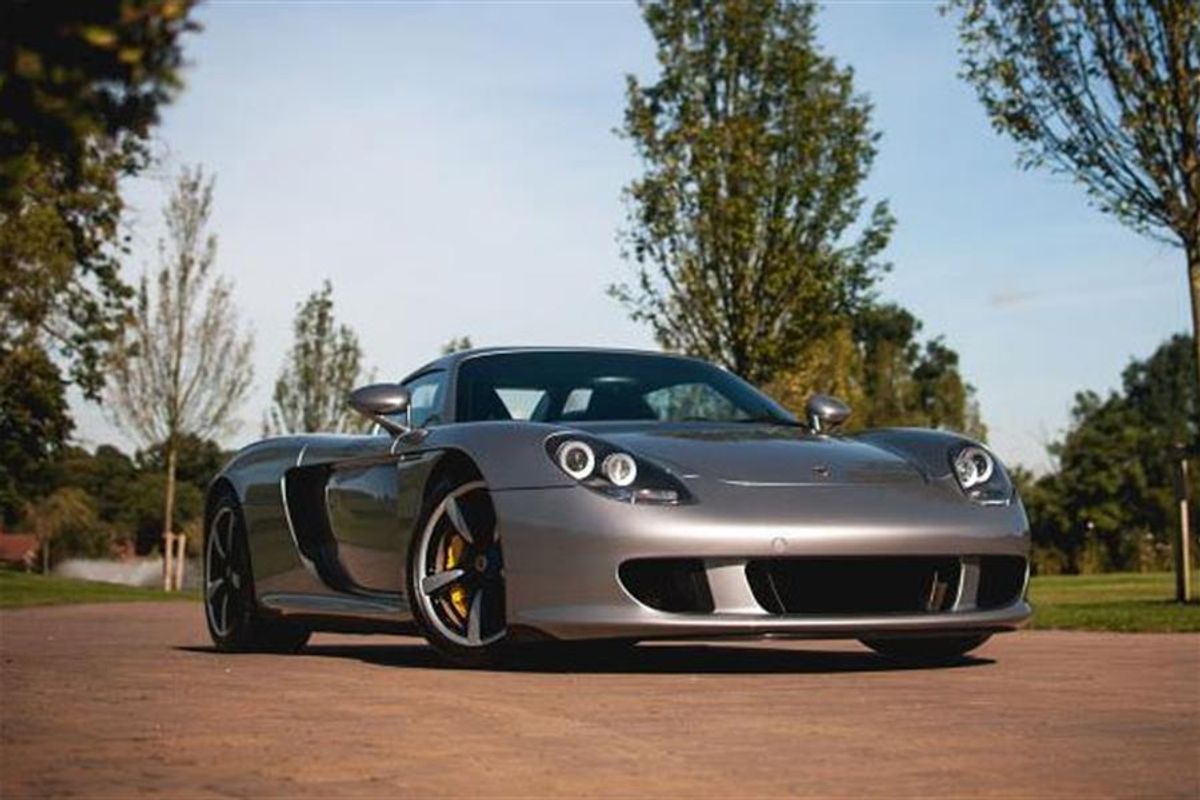 Silverstone Auctions will be hosting its second Porsche Sale, in conjunction with Porsche Club GB, this Saturday 15th October at Silverstone circuit. The marque dedicated sale really is a must for collectors and Porsche enthusiasts, with more than 60 of the best Porsches currently available on the market going under the hammer, as well as a host of collectible Porsche related automobilia.

Headlining the sale is a superb example of what is possibly the best supercar of the 2000s, a 2004 Porsche Carrera GT, estimated at between £440,000 and £480,000. Delivered new by main dealer Champion Porsche of Pompano Beach, Florida, this superb specification example was imported to the UK in 2009. The odometer indicates a mileage of 30,180kms and this wonderful example from a private collector is one not to be missed.

The Carrera comes complete with its 1975 driver's manual and service directory booklet in the original documents folder. A complete tool kit with jack and period-correct air compressor is included in the sale. These cars are very collectable and extremely rare, particularly in such splendid condition, and this exceptional 911 Carrera is ready to be enjoyed by a new custodian.

A fabulous 2008 Porsche 911 (997) GT2 with low mileage is offered for sale estimated at between £130,000 and £150,000. The most recent service was a major one and included a 'Porsche 111-point check', and comes with a Porsche Warranty until September 2017. Boasting an excellent history and great specification, this GT2 is surely one of the finest examples available.

2016 marks 40 years of transaxle Porsches and the sale features an example of every front engined Porsche ever made. Possibly the best available, a show winning 1988 Porsche 944 Turbo S is estimated at £35,000 to £40,000. The car presented here is very special indeed. Highly original with a very comprehensive service and maintenance history, there are servicing records complete from 1988.

Those looking for their next project could take home a 1971 Porsche 911 S 2.2 Coupé, offered at auction with a sale estimate of £55,000 to £65,000. Slumbering in the West Country for decades, the car has been recently re-discovered in a dry lock-up garage. For unknown reasons, the car was only used until 1984 when it was taken off the road having covered just 69,342 kilometres. It now heads to auction as a real opportunity for an enthusiast or restorer to return this venerable 911S to life.

Speaking ahead of the auction, Nick Whale, managing director of Silverstone Auctions, said: “We’re huge fans of Porsche at Silverstone Auctions so we were honoured back in early 2015 when Porsche Club GB approached us to host a very special auction, our first ever marque specific sale, and it’s a delight to be back again this year. As a self-confessed Porsche fan, this really is one of the highlights of our auction calendar and I look forward to meeting as many Porsche enthusiasts as possible at what should be an amazing sale.”

For the full list of cars for sale and more information on the auction please visit:https://www.silverstoneauctions.com/the-porsche-sale-2016/view_lots/pn/all.