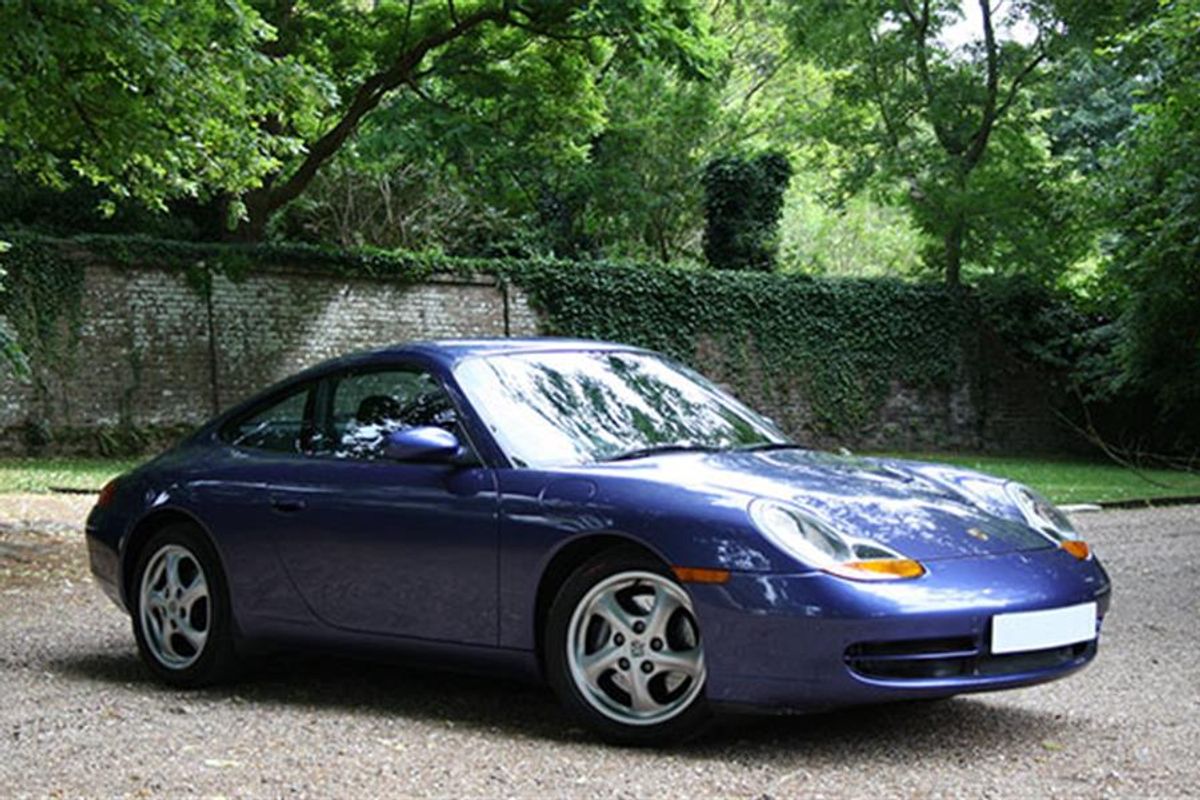 Something for everyone - solid results from Silverstone with about 2/3rds of the cars selling - we seem to be going back to auctions where a significant proportion of the buyers are actually enthusiasts who actually want to own and drive stuff - opposed to pure investment activity - which IMHO is a good thing.

Links to the full results at the bottom of the page - here a few highlights which seemed to represent good deals...

At 58k miles and fsh - including a £6k top end rebuild the car simply represents good value to actually drive and enjoy opposed to obsess about value - and although it obviously does have not the air-cooled fairy dust - the time will be coming soon enough for good original 996's to be recognised as analogue practical Porsches to actually drive(!)

Another fun piece of kit which was sensibly priced was the Porsche 968 Club Sport which went for a smidgin under £25k.

Sensibly modified for track use - the car's original purpose - at this money you would want to take it to the 'Ring and Spa and give it a good ragging. Yes - today it is not exactly in the rocket ship class, but the lovely balanced handling of this model means you are going to spend a lot of the time on the limit harrying more exotic stuff where the owners are more circumspect...

This 24k miles RHD 1989 Porsche 911 Turbo 3.3 5 speed went for £151,880 - originality, history and condition mean this will tick any collectors boxes and the mileage is not so low that you worry about taking for a spin - which with the later more "tamed" 3.3 Turbo here, is not meant to be literal...

Ok - we all know that restoration projects at today's labour rates and the market's current expectations of quality means that although the car was comparatively structurally rot-free - there's still going to be a ton of cash required to get this to pristine condition. That said - at the £43,990 sale price, you have £100k headroom to spend, to arrive at what retail is going to be for a mint restored example.

Although everyone marvels at how much "barnfind" stuff sells for - lets remind ourselves of why something like the car above causes a purchaser to pull the trigger:

- Not everyone has £150k to spend for a restored example needed today- Restoring a car can be a really rewarding process with the attendant stimulus of bringing something back to life- The owner restores it to precisely the standard/interpretation of originality he/she wants - absolutely factory standard original for top money or "hot rod" if you cannot afford an ST etc...- This car has been out of the public domain for a long time - there's always an allure to something which has not been seen on the market for sometime - for comedy value it's also low mileage!- "IF" it does not need loads of metalwork - it might cost less than one might think to restore and importantly if it has loads of "original" metal left in it - market should love it- The owner gets to remove that crap rear non-period spoiler off it...;)

Finally as a release from staring at PC's all day and the first world problems that today's Porsche owners get to content with, wouldn't be a nice thought to think that at the weekends you have a fabulous 911s project to burn some time on?

The memorabila sales also attracted healthy bidding - personally I am looking forward to receiving about 10 books by John Starkey, Petrolpics and others on aircooled R - RS - RSR stuff this week!