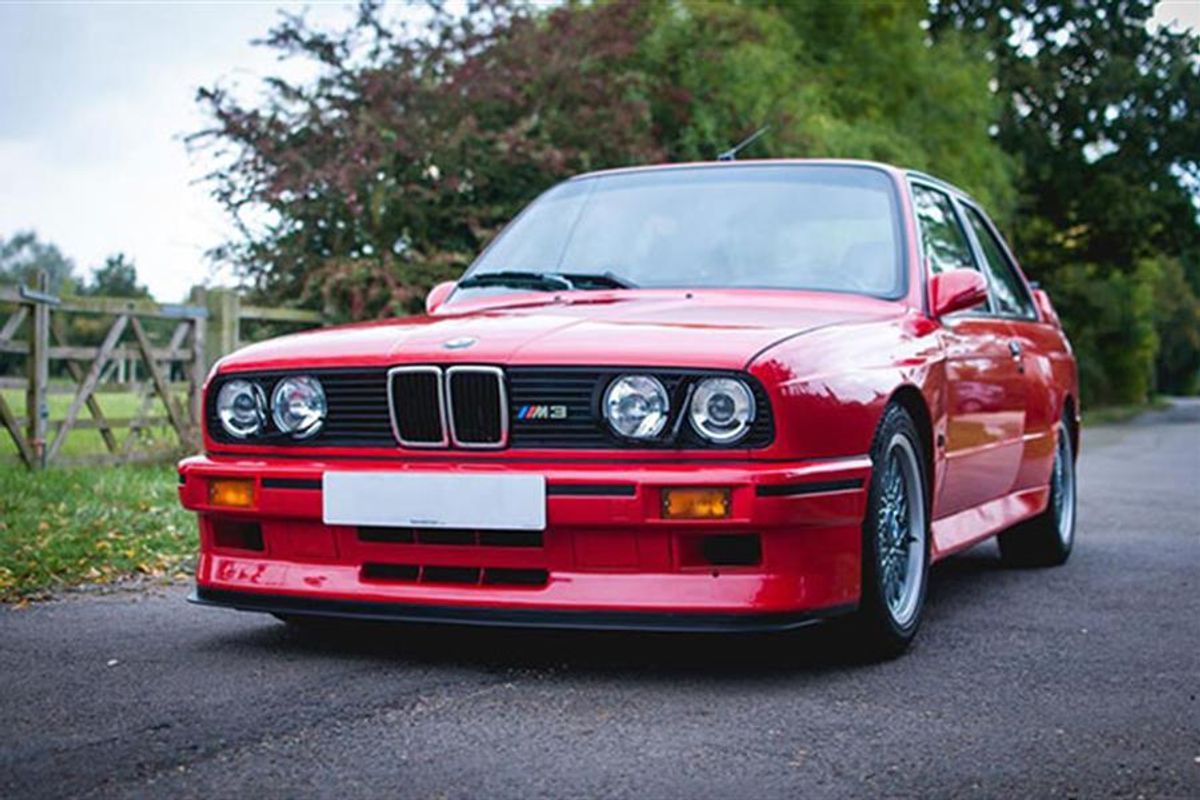 Both are sexy homologation specials - but the reality is that the BMW M3 Evo 111 is a more convincing steer on track. If as likely - they get put in storage - the Mercedes Evo 11 probably has the visual drama edge...

The two long standing rivals offer a rare opportunity for fans of Group A Touring cars to own low mileage examples of the German legends.

The cars will be offered at auction on 12th November as part of Silverstone Auctions’ biggest and final sale of the year.

The long-standing rivalry between BMW and Mercedes-Benz which carried over into motor racing has helped to hone some of the greatest Touring Cars of the era, with the Evo II set with the unenviable task to win against one of the best touring cars of all time, the E30 M3.

Now, in a rare opportunity to acquire two of the finest road car examples rarely available on the market, BMW and Mercedes-Benz will once again go head to head, this time in the auction hall.

First registered in Germany to BMW's tuning arm Alpina on 10th March 1990, chassis number AC79160 was imported into the UK shortly after by Sytner Group, finished in Brilliant Red with the desirable Grey Motorsport cloth interior and options including electric windows and sunroof, on-board computer and headlamp wash-wipe system.

The car was then sent to BMW specialist Windynook Motorsport, Preston, where it was used as a company demonstrator for 19 months and treated to a series of upgrades sourced from Norfolk-based BMW specialist, Rossiters Ltd, including lowered springs, adjustable anti-roll bars, heated racing door mirrors and a rear panel.

Owned since by BMW Car Club members and always maintained to the highest degree, the matching numbers example comes with a full service history which shows past work completed by BMW dealerships and BMW specialists, accompanied by all the MOTs and manuals including the special Sport Evolution handbook and service book, along with the full BMW toolkit as originally supplied.

The car has had five previous owners and has been treated to a program of light corrective works courtesy of the current owner, carried out by race engineers Stancombe Vehicle Engineering, with the bodywork cosmetically enhanced by Harris Coachworks.

Still in wonderfully original condition, this Evo II has clearly been well cared for, the service book showing three stamps at the correct intervals. The car even retains the original Mercedes-Benz factory stickers in the windscreen, a testament to the car’s originality.

“These are two very sought after homologation cars and to have them both available at one of our auctions is a real treat and a very rare opportunity for buyers,” comments Nick Whale, managing director of Silverstone Auctions. “Any fan of the legendary Group A Touring Car can appreciate these two legends, and a lucky two could be the new owners of these low mileage examples, both with superb collector status.”

To find out more about the Evo II and the Evo III for auction and Silverstone Auctions’ Classic Motor Show Sale please visit http://silverstoneauctions.com/nec-classic-motor-show-sale-2016/view_lots/pn/all.