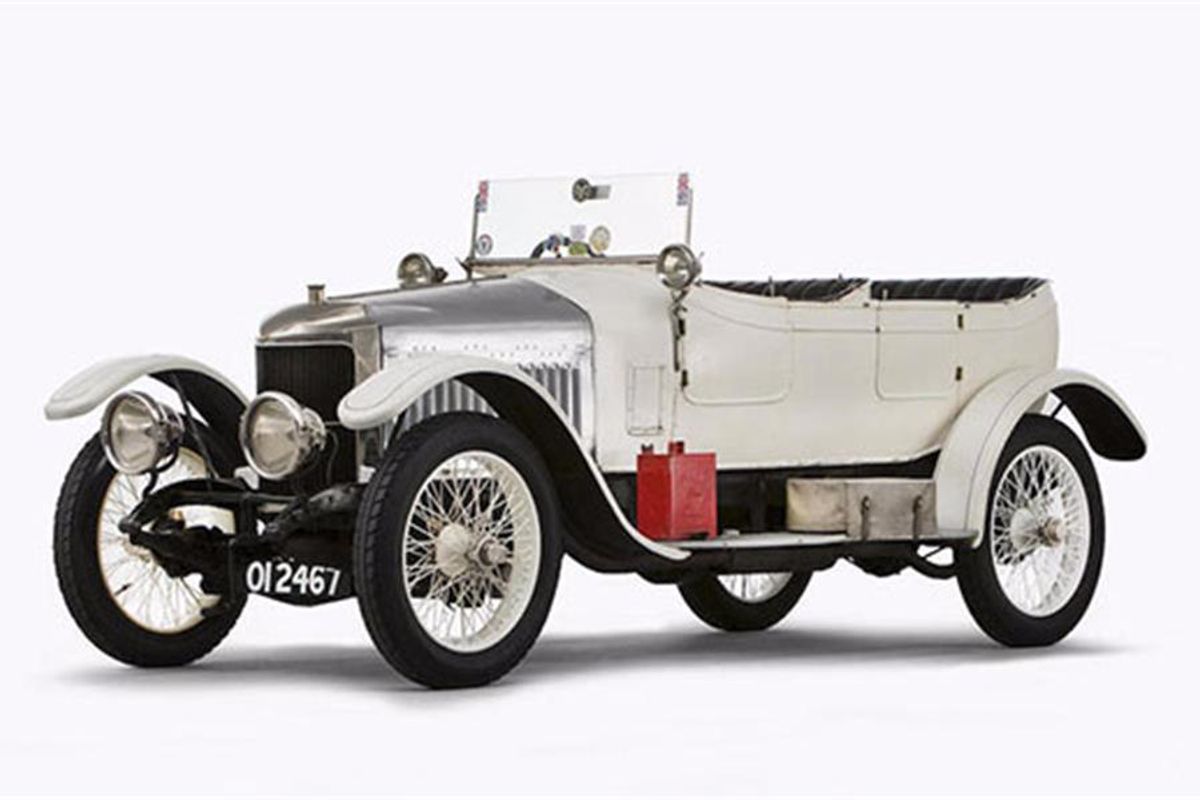 Bonhams Group Motoring Director, James Knight, commented: "We were absolutely delighted with yesterday's sale. Following on from the earlier Jewellery sale today, the company realised in excess of £11 million. We sold cars that spanned pretty much the whole history of motoring, from the 1914 Vauxhall Prince Henry to the 2004 Porsche Carrera GT."

Two lots in the sale, news of which had featured in the global media, were the primary focus of the saleroom. Bonhams was delighted to offer the world's first sports car, the 1914 Vauxhall 25HP 'Prince Henry' Sports Torpedo, the first time one had been offered publicly for some 40 years. Applause broke out as it changed hands for the princely sum of £516,700, an amount that reflects the car's outstanding rarity and historical significance. The sale took place in the presence of a previous owner's family which had sold the car in 1945, and they were astonished with the result.

Another showstopper was the 1926 Rolls-Royce Phantom I, more affectionately known as 'The Phantom of Love.' Built without any budget limitations, at the time of construction this was the most expensive Rolls-Royce ever created. The extravagant opulence of the interior caught the eye of two committed bidders, and, after an intense exchange, the car eventually sold for £561,500.

British motor cars were well represented in the sale, with four Aston Martins being offered under the hammer, including the 2003 Aston Martin DB7 Zagato. One of only 27 cars built to this specification, it unsurprisingly caught the attention of UK and Continental European bidders, finally realizing £309,500.

Honours for the highest price in the sale went to the 1989 Aston Martin V8 Vantage Volante 'Prince of Wales' at £651,100. Knight commented: "We had a wonderful afternoon and were very pleased with our results – averaging £250,000 per motor car lot was very satisfying. We look forward to enjoying similar success at our Olympia sale next week on Wednesday 7 December.'