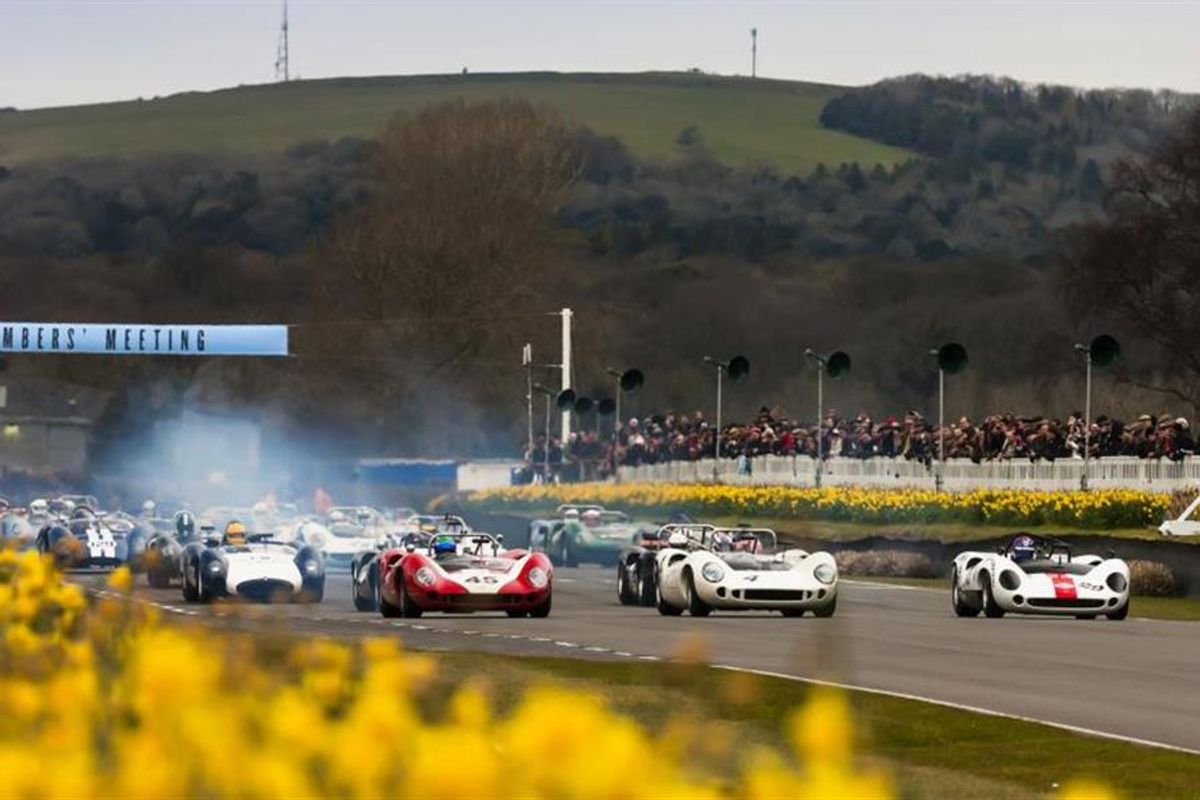 The Daffodils are in bloom, the hay bales are being put in place and there’s one week to go until the 75th Members’ Meeting opens its gates on Saturday 18 March.

Goodwood is delighted to announce that David Coulthard, 13-time Grand Prix winner-turned F1 commentator will be joining the star-studded driver line-up set to wow the sell-out crowds at the two-day event. DC, as he is known to fans, will be driving a 1955 Mercedes 300 SL 417 on the Saturday of the event at midday. He will be a guest of the 75th Members’ Meeting Official Timing Partner IWC Schaffhausen.

Other drivers racing in 12 races across the weekend include:

Goodwood Members’ Meeting House Captains Nicolas Minassian, Emanuele Pirro, Jochen Mass and Anthony Reid will once again be battling it out on the track for House Points for their respective Houses, Aubigny, Torbolton, Darnley and Methuen, wearing their finest tweed.

Off the track, Goodwood Road Racing Club members and their guests can take part in a range of activities including an air rifle range, jeep driving and ferret racing, while enjoying delicious food and drink ranging from slow-cooked Goodwood Estate Pork and Goodwood Ale to mac n’cheese and a good curry.

An open-to-all party culminating in spectacular fireworks will take place on the Saturday evening.