1958 Porsche 356A Reutter on offer at Silverstone Auctions May Sale 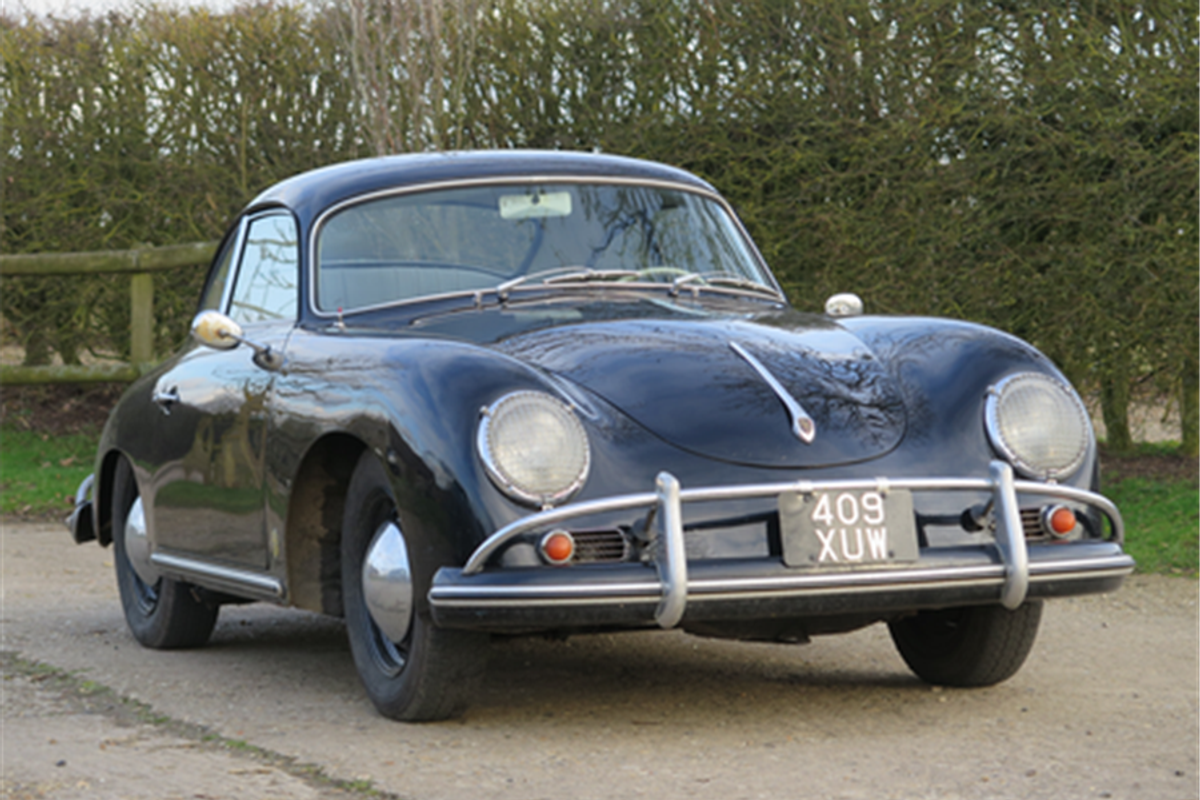 Porsche introduced the 356A at the Frankfurt Motor Show in September 1955, thoroughly updating their 356 line-up of Coupes, Cabriolets, and Speedsters.

Major changes were the more powerful 1600 cc engine, curved windscreen and revised suspension, however, Ruetter remained the coachbuilder of choice. Tyre technology had significantly improved better-suiting the suspension changes and higher fuel octanes allowed higher compression ratios and better outputs. Externally, the 356A was only slightly different, with wider tyres, a rubber strip below the doors and the curved screen being the only visible changes. The interior now boasted a flat-face dashboard, locking glove box and a radio. Other appointments included a headlight flasher, automatic interior lighting, and self-cancelling indicators. A steering wheel lock and dashboard clock were other options.

Offered here is a very fine example of the Porsche 356A finished in Black (5701) with a Grey leather interior. Supplied initially to America, the car was imported into the UK in 2009. The Porsche Certificate of Authenticity confirms the matching numbers engine and optional equipment of USA bumpers and sealed-beam headlights, and that the interior was originally beige leatherette.

The history file contains evidence of a comprehensive gearbox rebuild in 2010 conducted by Maxted-Page and Prill. This included a new crown wheel and pinion and all sundry bearings and shims. The bill was over seven thousand pounds. The file also contains various invoices from Roger Bray, the renowned Porsche restorer. Being pre-1960, this Porsche is MOT exempt and road tax exempt.

Today, this significant Porsche presents as a great usable 356A with excellent driving capabilities and a superb gearbox. It has been subject to an older restoration and has now mellowed into that 'much-loved family pet' look that so suits early 356s. It retains a wealth of the early feature production cars including the unique twin exhaust outlets passing through the rear overriders.
Sitting on black painted steel rims, this is an absolutely 'classic' look.