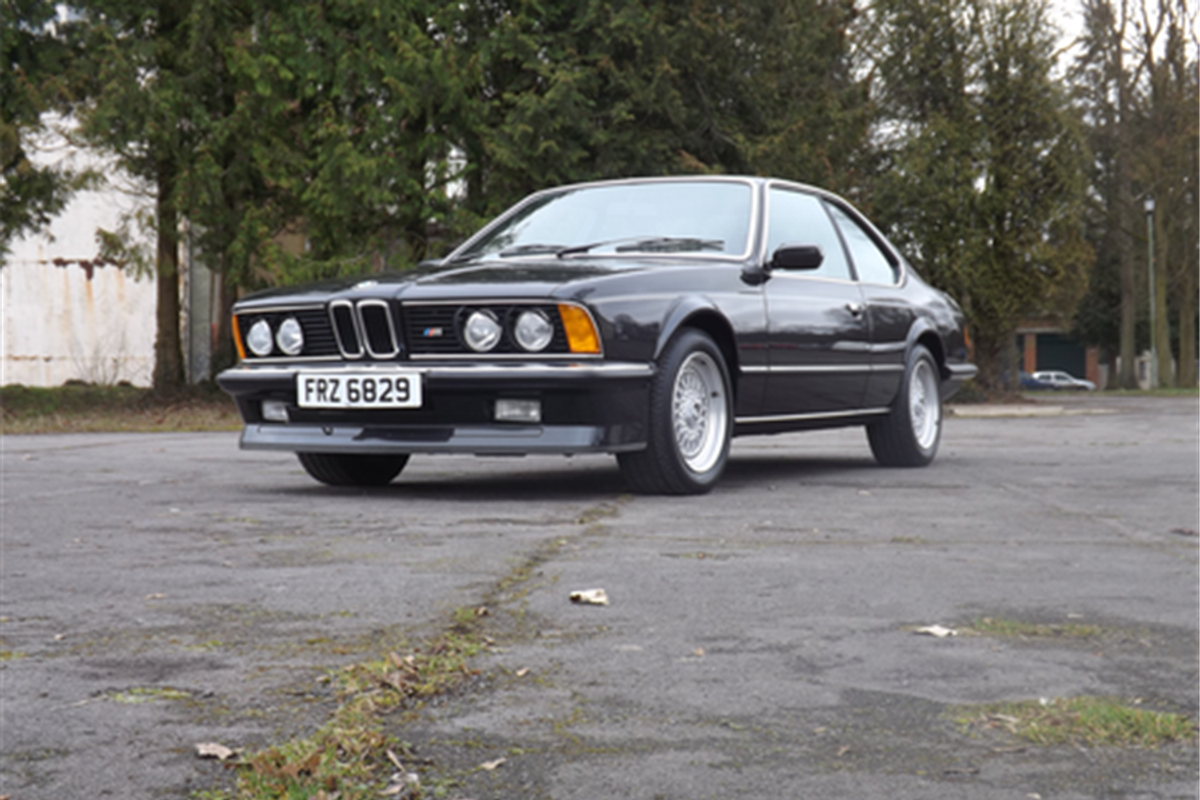 Classic Car Auctions’ (CCA) debut sale at the Practical Classics Classic Car and Restoration Show saw 75 per cent of cars sold for total sales of £2.4million, its highest ever sales total.
Nearly 200 cars were on offer at the NEC, Birmingham.

Headlining the results was a low mileage 1985 BMW M635 CSI manual which sold for a UK record price of £100,100 including buyer’s premium.
Classic Car Auctions’ (CCA) debut sale at the Practical Classics Classic Car and Restoration Show was a huge success and saw 75 per cent of the cars on offer successfully hammered away for a total sales value of £2.4million, its highest ever sales total.

Nearly 200 cars were on offer at the NEC, Birmingham as part of CCA’s biggest, best and most varied catalogue ever.

Headlining the results was a rare and low mileage 1985 BMW M635 CSI manual which sold for an amazing £100,100 including buyer’s premium, more than double its upper estimate and a believed UK auction record. The highly original, manual car had covered only 15,300 miles in the hands of just two owners and was subject to a long bidding war between buyers in the room and over the phone.

Buyers looking for a more traditional classic had the opportunity to take home one of the last big Healeys that rolled off the production line in December 1967. The fully restored Austin Healey 3000 MK III sold for £96,800 including buyer’s premium, more than £20,000 over its lower estimate.

It wouldn’t be the Practical Classics Classic Car and Restoration Show without some barn finds and CCA had a hugely varied selection for auction. A 1960 Mercedes-Benz 190SL, which had spent the last 20 years in hibernation, was also the focus of an intense bidding war, with 24 phone bidders as well as those in the room and online competing for the chance to restore the car to its former glory. It eventually sold for £73,700, more than three times its lower estimate.

Speaking after the sale, CCA auction manager, Guy-Lees Milne said: “What a great sale! Pulling together a selection of nearly 200 cars for our biggest sale was no mean feat and I’m delighted that we’ve achieved such good prices for our vendors and that buyers are going away extremely happy with their new cars. We had a fantastic weekend at the show and it’s been great to meet so many new classic car enthusiasts and customers who we hope to see again very soon.”

Those after something a little more unusual were clearly tempted by the very rare and fully restored 1965 Citroen 2CV Sahara. This particular example had actually crossed the Sahara desert from Nigeria before coming to the UK. Highly collectible, the car sold for £68,200.

CCA is now inviting entries into its next sale, the June Sale which will take place at the Warwickshire Exhibition Centre, Leamington Spa on Saturday 10th June.

Guy added: “We encourage potential sellers to get in touch with us as soon as possible and hopefully we can realise similarly strong prices for vendors as we have done with our latest sale.”