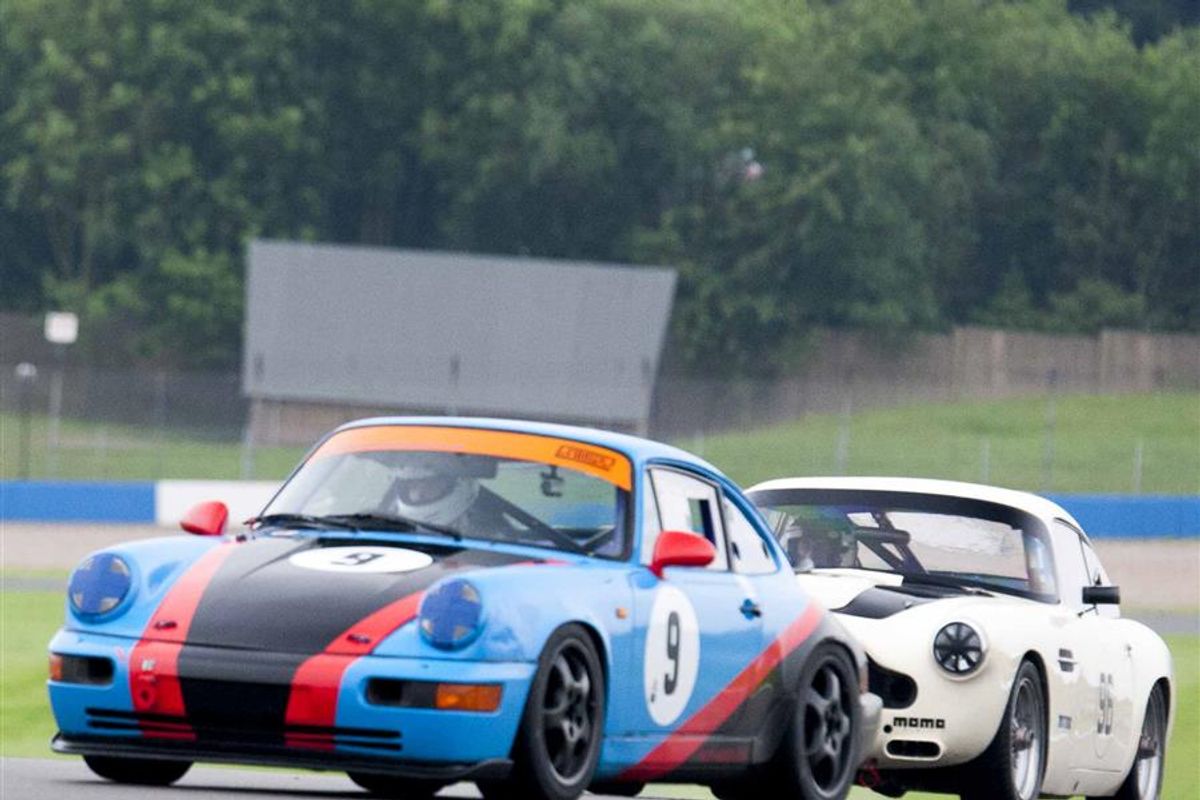 AMOC Racing has revealed an impressive line-up of Intermarque and GT4 cars entered for the first round of the Intermarque Championship and GT4 Multimarque Challenge, which kick-off their season in a combined race on April 23rd at Donington Park.

In last year’s AMOC Intermarque Championship the Porsche Team proved to be unstoppable and this year the team returns stronger than ever. Current Championship title holder James Hilliard is back co-driving with James Guess in his Porsche 968 Club Sport alongside David Norton and Matthew Dietz in a similar car. Two more Porsche 968 Club Sports join the battle driven by Steve Atkinson and Peter Mangion.

Robert Hollyman is back with his striking blue Porsche 964, Bob Searles and Tony Jardine also return sharing a Porsche 964 Turbo, and James Neal completes the air-cooled 911 line-up in his white Porsche 964 co-driving with Ryan Hooker. Aston Martin are represented by Martin Melling in his DB4 Lightweight and Gail Hill heads up the American V8 team.

In the GT4 and Multimarque Challenge, Tony Jones could be the man to beat in his Ferrari 430 Challenge. He’ll be racing against Matthew Wilton and Eddy Cowen in their Ferrari 360. Previous race winners Mike Dowd and Jeremy Cooke, return in their bright yellow BMW M3 GT4 joining the Aston Martin GT4 Vantage of David Tinn. There is also a representation from Seat by Guy Colclough and Tony Rodgers.

All the action takes place on Sunday the 23 April at Donington Park, where the day kicks off with a 30 minute qualifying for this combined race at 10.45am, followed by a 45 minute race with a compulsory pit stop in the afternoon. There is still time to enter if you are planning to join us.

Closely following this Donington outround, is the first standalone AMOC Race event at Oulton Park on May 13. Entries are now open for not only the AMOC Intermarque Championship and Aston Martin GT Challenge, but also the 50s Sports Cars with Jaguar XKs, Innes Ireland Cup (for pre-66 Production GT and Touring Cars complying to Appendix K) and the Pre-War Team Challenge. The event will be held on the International circuit, and testing is available on the Friday 12 May.

For AMOC Members attending the Oulton Park race meeting there will be a members’ hospitality suite available and those bringing their Aston Martins to the circuit will have dedicated parking and an invitation to parade on the circuit during the lunch break – members should contact Anne Reed on comps@amoc.org for more details.