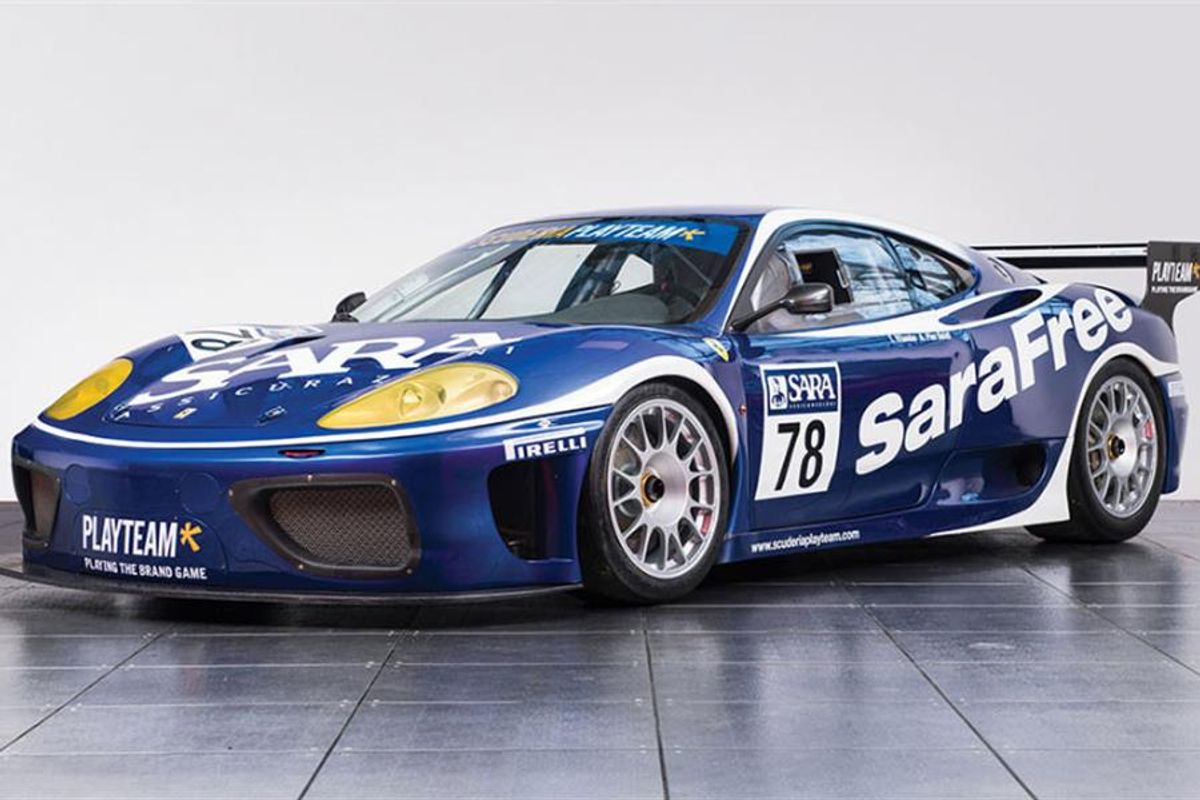 Chassis no. 2060
Winner of the 2005 Italian and Spanish GT Championships
2006 Interlagos 1000 Miles class winner
Sold to present owner in 2008; maintained by Michelotto ever since
Displayed at Museo Ferrari in Maranello; Ferrari Classiche certified

Chassis number 2060 was delivered new to Vicenza-based Scuderia Mik Corse for the 2004 Italian GT Championship, which consisted of eight rounds each divided into two separate one-hour races with driver changes. Driven principally by Giovanni Berton, along with a roster of co-drivers including Cristian Francescon, Alessandro Piccolo, and ‘Linos’, 2060 started off the season with an encouraging 2nd in class in the opening round at Imola. Thereafter, class wins were taken at Mugello, Enna-Pergusa (finishing 2nd overall), Misano-Adriatico, and in the final round at Vallelunga. In the overall classification, Berton ended up with an admirable 4th place in the second-tier N-GT standings.

In April 2005, the car was sold to Scuderia Playteam for their dual Italian and Spanish GT Championship campaigns. Alessandro Pier Guidi and Toni Vilander—the latter soon to become a fully fledged Scuderia Ferrari GT driver—would compete in Italy, whereas team owner Giambattista Giannoccaro would share with Pier Guidi in the Spanish rounds. In the single-class Spanish series, 2060 proved to be quite successful, and overall victories were taken at Jarama, Valencia, Estoril, and Barcelona en route to winning the Championship. With eight class wins from 14 starts in Italy, Pier Guidi and Vilander sealed a memorable Championship double for the team.

A remarkable footnote to the 2005 season was the team’s trip to Brazil in January 2006 for the Interlagos 1000 Milhas, where Pier Guidi, Giannoccaro, and Vilander continued their excellent form with a class win, and 4th place overall. That they finished five laps ahead of the nearest class opposition, and were beaten only by three higher-specification GTP1 cars— the winning car driven by local hero and triple World Champion Nelson Piquet—tells of the magnitude of their effort.

Interlagos aside, the car saw only occasional use during the following two seasons, and ownership passed from Scuderia Playteam to the vendor in May 2008. Meticulously maintained by Michelotto Automobili in Padova ever since, 2060 has recently received a comprehensive mechanical overhaul totaling some €60.000. A copy of the invoice, with detailed breakdown, is available on file.

The car is presented in the fetching 2005 Scuderia Playteam livery, and according to the vendor—fitment of new tyres and cambelt aside—is now ready to be enjoyed ‘on track’ once again.