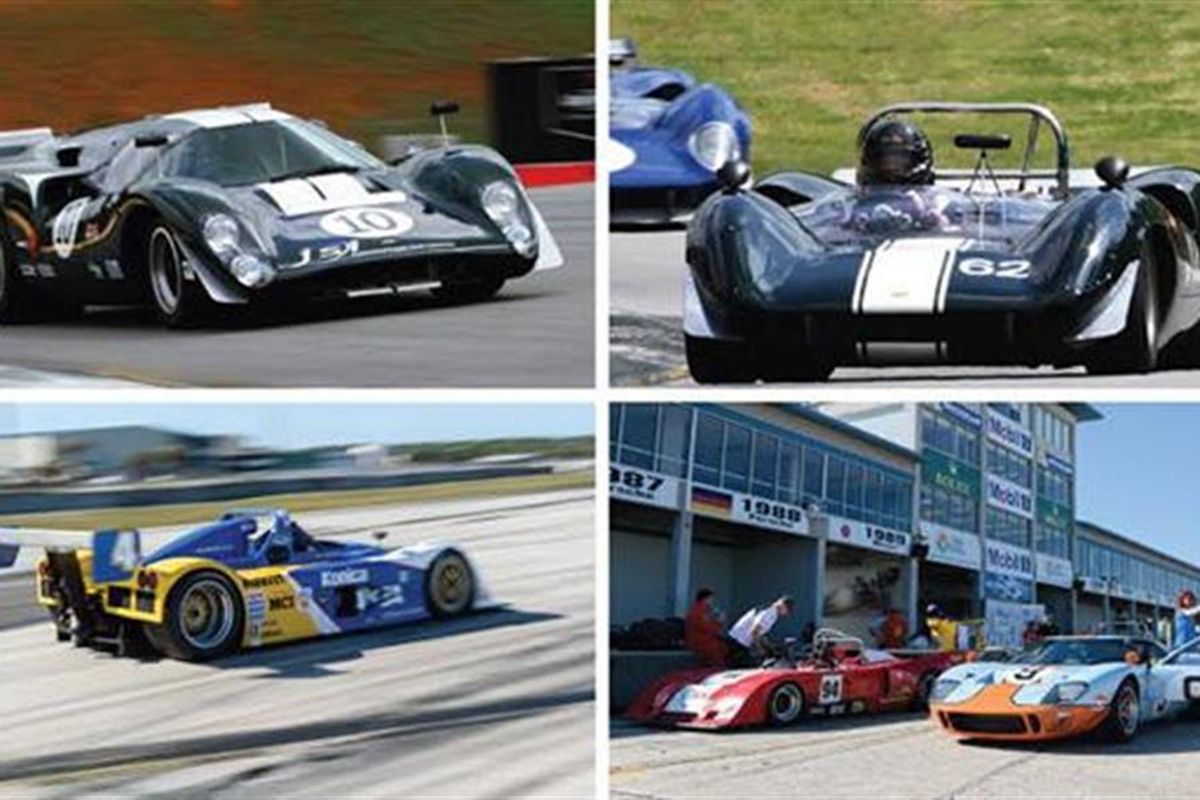 An entry list of nearly 300 vintage and historic race cars for next weekend's Speedfest at the Classic Motorsports Mitty presented by Hagerty and sanctioned by Historic Sportscar Racing (HSR) includes a stellar lineup of prototype sports cars from the last six decades that will be a featured attraction of the 40th edition of HSR's longest-running vintage and historic race at Road Atlanta, April 20 - 23.

A must-attend happening for competitors and race fans alike, the Classic Motorsports Mitty has grown in the last four decades to take its place on the short list of America's elite vintage and historic racing events. Entries are still being accepted at www.HSRRace.com and tickets can be purchased at www.HSRTickets.com.

High-speed pieces of history that battled on the track in the 1960s, several Lola T70s and Ford GT40s will be in action at Road Atlanta. The 10 combined entries heading to The Mitty include both original versions and immaculate reproductions of both race cars, all competing in HSR Group 7.

The only open-top Lola T70 Spyder coming to The Mitty is the 1965 No. 62 campaigned by Tom Shelton.

The 1970s and '80s will be represented by a diverse group of European-built sports racers in Group 7 and no less than four of the mighty IMSA GTP race cars that were the main attraction of the Camel GT series in its prime.

All open-cockpit race cars, the European offerings include an Italian-built 1976 No. 09 Osella PA8 that will be raced by Justin Frick. While Osella was best known for its Formula 1 racing teams, the manufacturer's sports prototype race cars also earned some success overseas.

Just as rare as the Osella, Phil Daigrepont is bringing his 1978 No. 4 Toj SC206 to The Mitty, complete with the trademark and original Warsteiner beer livery.

The best known example of a 1970's sports prototype racer - and certainly the most familiar to HSR fans and competitors - is the 1979 No. 94 Chevron B23/36 of John Harrold. The red Chevron is a regular on the HSR tour, and Harrold has driven his B23/36 to HSR championships and numerous race wins, including an emotional Run Group B overall victory in last December's inaugural Classic 12 Hour at Sebring, Pistons and Props, presented by the Alan Jay Automotive Network and Classic Motorsports.

Howard Turner completes the list of current GTP entries, which compete in Group 6, with his 1988 No. 44 Jaguar XJR 7/8.

Both Riley & Scotts will mix it up with longtime Georgia-based driver Jim Downing and one of his homegrown Kudzu race cars in Group 6. Named after the notorious Dixie weed, the Kudzu of choice for Downing at The Mitty is a 1997 No. 63 Kudzu DLM powered by a Mazda rotary engine.

Five race cars that were recently retired from IMSA competition complete the prototype contenders at The Mitty, racing in Group 6.

Juan Gonzalez (No. 54), Larry Huang (No. 25) and co-drivers Keith Frieser and Ross Thompson (No. 11) are all set to compete in Oreca FLM09 Prototype Challenge (PC) race cars.

Two Corvette Daytona Prototypes, no longer eligible in IMSA's premier Prototype class, will also be in action at The Mitty.

Along with Cameron, Curran is currently defending that championship in this year's IMSA WeatherTech SportsCar Championship but he has still found the time to race at The Mitty. Curran will co-drive a black 2009 No. 230 Corvette Daytona Prototype with owner William Hubbell.

Porsche, the Official Marque of the 40th Classic Motorsports Mitty, will also be part of the prototype celebration at Road Atlanta. A green Leyton House-liveried Porsche 962, owned by Angus Russell, will be on display throughout the event at the HSR Drivers Lounge, Merchandise and Memorabilia display in the auxiliary pits. The Group C-spec 962 is chassis No. 114 that ran with the German Kremer Racing team and such notable drivers as Marc Surer and the late Jo Gartner, among others.