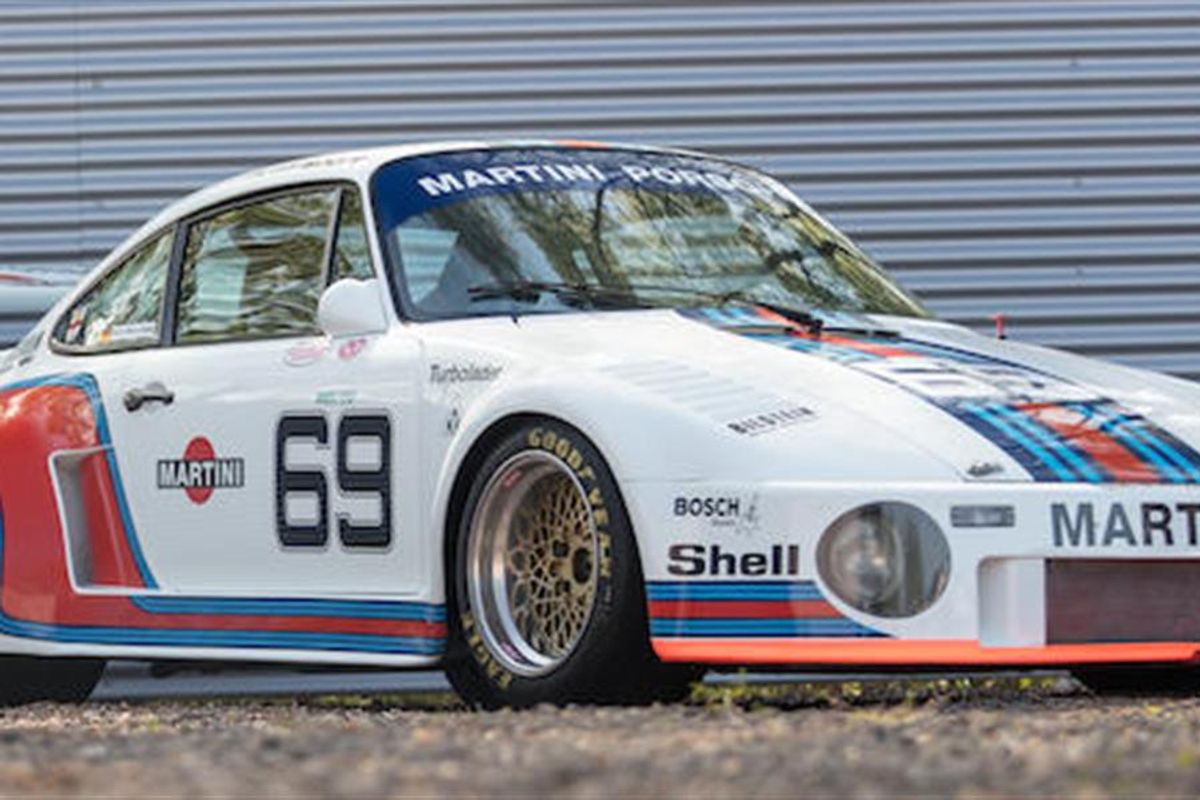 Following the cancellation of its Can-Am racing venture at the end of 1983, Porsche turned to its 911 road-car as the basis for a new competitions programme, masterminded by Dr Ernst Fuhrmann. Suitably modified, the production 911 had become a favourite with privateer entrants in the GT class, but for ultimate success something much more highly developed would be required.

The factory' first step along this road would be the RSR, based on the production Carrera RS. The latter's 2.7-litre engine was enlarged to 2.8 litres, lightweight body panels were used, and with 315bhp on tap the factory RSRs immediately proved competitive at World Championship level. Driven by Peter Gregg and Hurley Haywood, an RSR won at Daytona in March 1973, and then two months later the same car was driven to victory in the Targa Florio by Herbert Muller. By the season's end Porsche had won the first European GT Championship with the RSR.

Development of the RSR had involved extensive revisions to the stock 911's aerodynamics, resulting in the adoption of a deep front air dam and 'duck tail' rear spoiler, and these devices would undergo dramatic increases in size as development progressed.

With the regulations for international sports car racing about to change, Porsche sought to exploit the new rules by applying the turbo-charging technology it had developed for the Type 917 Can-Am cars: the result was the Turbo-Carrera. Running in the prototype class, a factory Turbo-Carrera finished 2nd overall at Le Mans in 1975, hinting at what was to come. When the FIA finally agreed the new formula for 1976 (one year late) it comprised three distinct categories: Group 3 (mass production); Group 4 (limited production); and Group 5 (extensively modified). It would be Group 5 that gave Porsche the opportunity to demonstrate its imagination and engineering prowess to the full as it developed a succession of exotic prototypes retaining only the most tenuous of links with the production 911.

For Group 4 competition Porsche offered the suitably modified Type 934 customer car, while for Group 5's 'silhouette formula' the factory developed the Type 935. Despite a season of mixed results, the highlights of which were wins at Mugello, Vallelunga, and Watkins Glen, plus 4th place at Le Mans, the World Championship of Makes was finally secured with victory in the final round at Dijon. Capitalising on this brilliant success, Porsche proceeded to build a limited run of customer Type 935 cars for 1977. This would prove to be a shrewd move, for when the Martini-sponsored works team faltered, the customer 935s were there to pick up the baton, winning five rounds of the World Championship of makes in 1977 to the factory's four, making it a clean sweep for the Stuttgart manufacturer.

The 1977 Hockenheim round had been won by the Type 935 entered by the famous Porsche racing stable Kremer of Cologne, Germany, which was this car's first owner, as confirmed by its accompanying old ONS-Wagenpass issued on 6th October 1976. Its second owner was none other than respected German racing driver Edgar Dören, also known as 'Mr Porsche' for his affinity with the Stuttgart marque. Dören took part six times in the Le Mans 24 Hours and was a master of the gruelling Nürburgring Nordschleife, where he achieved numerous victories in endurance racing including one in the 1988 24 Hours race (paired with Gerhard Holup) in a 15-year-old Porsche 911 Carrera RSR against modern works cars.

There are only three races recorded in the original ONS-Wagenpass: the International ADAC-Eifelrennen at the Nürburgring on 1st May 1977; the Flugplatzrennen, Mainz-Finthen on 20th May 1977 (round 5 of the Deutsche Automobil-Rennsport Meisterschaft) and the 4th ADAC-Rundstreckenrennen at Diepholz Airport in Germany.

It is believed that the Porsche was then laid up, remaining unused for many years before being purchased by Professor Michael Rudnig. Professor Rudnig had the car prepared by respected German Porsche specialists PS-Automobile for his use in various historic races from 2006 onwards, for which a new DMSB-Wagenpass was issued in 2006.
It is believed that, among other races, Rudnig campaigned the car in the 2008 AvD-Oldtimer Grand Prix at the Nürburgring and the FHR-Langstreckencup at Hockenheim in 2007. The latter was subject of an article in the German magazine Motor Klassik (December 2007 edition), in which Hans-Jörg Götzl vividly described the brutal force when the large turbocharger kicked in. Rudnig estimated the engine's power output to be in the region of 450bhp at 7,000 rpm.

Finished in the evocative Martini racing livery, the car is offered with the aforementioned ONS-Wagenpass; the DMSB-Wagenpass from 2006; and German Historic road-registration documents. An interesting purchase for the historic racer, and one eligible for numerous historic races.