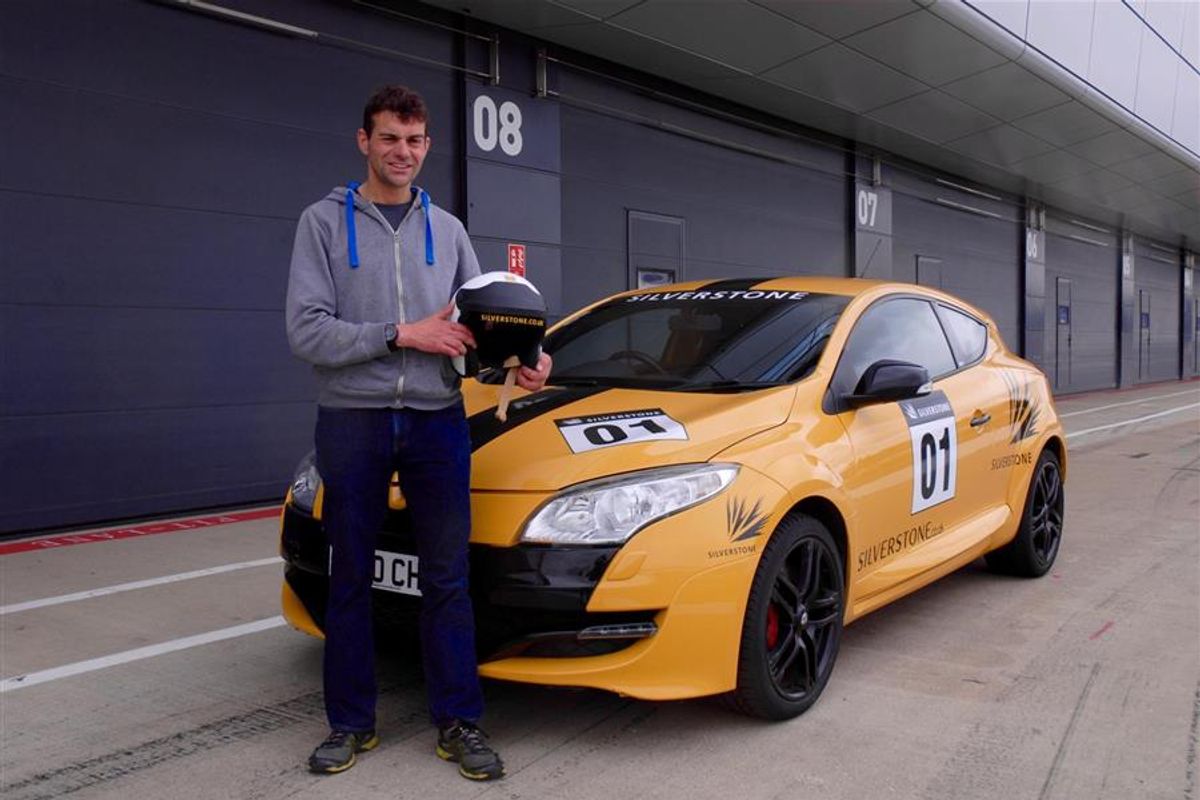 BBC Sport presenter Vassos Alexander passes his competition licence test
Stars from film, radio, music, sport and TV all gear up for this summer’s special Celebrity Challenge showdown
All tickets for the Classic must be purchased in advance
BBC Sport reporter Vassos Alexander is the latest high-profile personality from the world of media, showbiz and sport to be gearing up for a thrilling track debut in the star-studded Celebrity Challenge Trophy Race at this summer’s Silverstone Classic (28-30 July).

Though a regular reporter for BBC 5 Live at major sporting events such as The Olympics, Wimbledon and The Open, Alexander is best known to millions of radio listeners as the vivacious sports presenter on Chris Evans’ daily Breakfast Show on BBC Radio 2.

In his various professional reporting roles, Vassos has covered Formula One and interviewed many of the sport’s top guns – he even spent one British Grand Prix embedded in Jenson Button’s pit at Silverstone – however he’s never competed before now. That’s an omission he’s poised to remedy at the world’s biggest classic motor racing festival in late July.

“I can’t wait; I’ve seen the sport from most angles and absolutely love it,” he enthused. “Who doesn’t watch a grand prix and think ‘I wish that was me’. I suppose that’s the same with all sports but motor racing especially so, because every time you drive in your own car you can taste it and feel it. Sometimes I actually think ‘hey, look at me I’m Ayrton Senna, I’m Lewis Hamilton’! So, it’s going to be a huge treat to be racing at the Silverstone Classic, one of the great events on the UK’s summer calendar.”

Gearing up for his race debut, Alexander recently passed both his written and on-track driving tests at Silverstone Motorsport Academy – one of the country’s leading Association of Racing Drivers Schools (ARDS). Whizzing around Silverstone in one of the Academy’s bright yellow 150mph Megane RenaultSport 250s certainly put a huge smile on his face.

“That really whetted my appetite and got my competitive juices going,” he grinned. “There were some clearly faster Porsches on the circuit at the same time and I kept thinking for goodness sake let them past… but I really didn’t want to!”

Come Saturday 29 July, Vassos will be one of the many famous faces, all racing competition-prepared Austin A30 and A35 saloons. Harking back to the late fifties, these nostalgic cars are well-known in classic racing circles and were introduced a few years ago by the Historic Racing Drivers Club (HRDC) as a cost-effective route into historic racing. More than 50 have now been built, guaranteeing this enormous grid – not to mention some dramatic fun for contestants and crowds.

Fans wishing to see all these heroes in track action must purchase tickets in advance. Adult admission starts at £43 and weekend camping and hospitality upgrades are available. All tickets provide access to racing paddocks, trackside grandstand seating, live music concerts on both Friday and Saturday evenings featuring the Bootleg Beatles and Tony Hadley formerly of Spandau Ballet, vintage funfair rides, air shows and car club displays as well as a host of other family-friendly demonstrations, activities and entertainment.