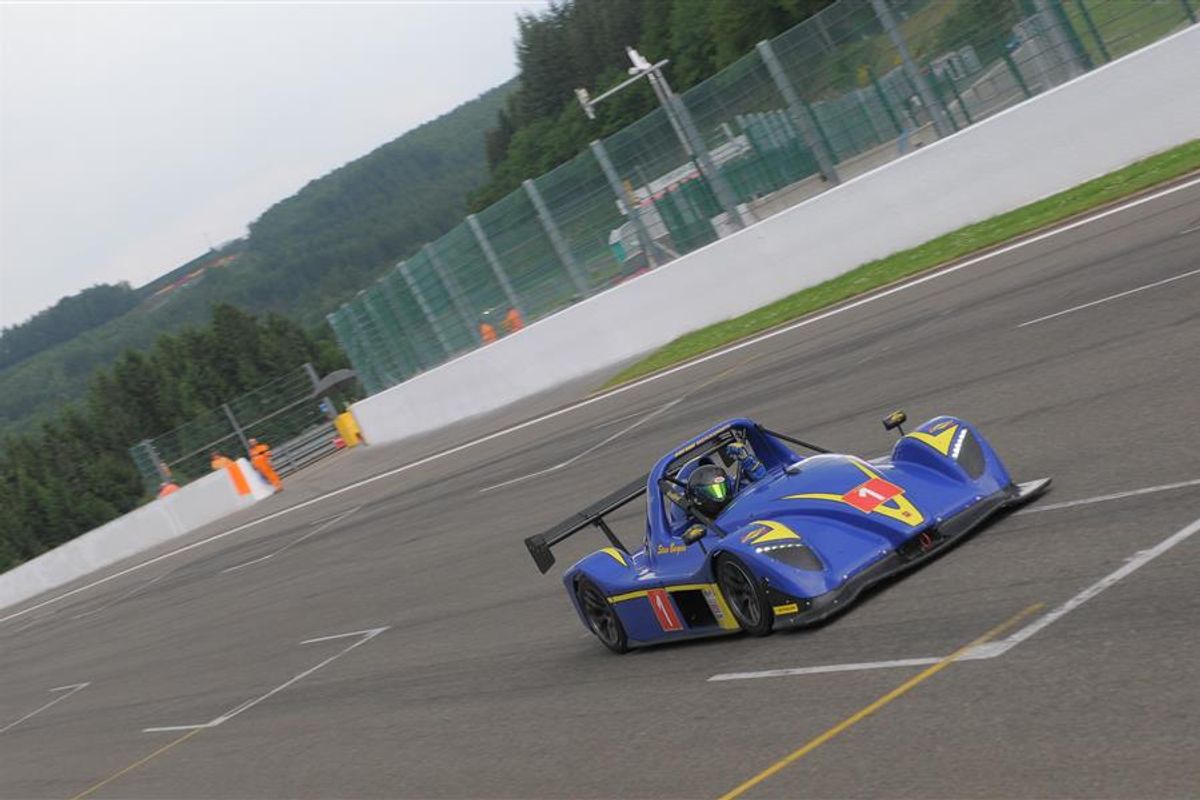 Steve Burgess wrapped up a superb weekend of Radical Festival action at Spa-Francorchamps, taking outright and round six Radical Challenge victory ahead of Oliver Barker and Jack Lang amid tricky conditions at the iconic Belgian circuit.

The reigning Radical Challenge Champion proved his title-winning status with a faultless drive, working his way from ninth on the grid and up to fourth by lap four. Yet another gripping, wheel-to-wheel battle with fellow Challenge contender Barker ensued, but a run wide from Barker at the Bus Stop helped Burgess move up to third on lap eight.

From there the RAW Motorsport driver held station until the pitstop window. Emerging as race leader, Burgess remained unchallenged to add an overall race win to his third-place race two podium earned earlier in the day.

A deluge of rain 30-minutes before the third and final race of the weekend made for interesting conditions, forcing teams to make a late change to wet tyres whilst on the grid. As green flag racing got underway after two laps under the safety car, American racer Ryan Booth led John Harrison and Jeremy Ferguson at the restart, until Harrison took the advantage to head the field on lap four. With the two lead 2017 SR8s fighting upfront whilst Barker and Burgess jostled for third, Dominik Jackson, Jack Lang, Ferguson, Brian Harvey and Shahin Nouri battled it out for fifth.

Harrison pitted early to switch to slicks and handover to Noble Jnr on lap nine, leaving Booth to lead Burgess and mount a final push before pitting three laps later. Barker held third and second in class ahead of Lang, Ferguson and James Robinson, up to fifth after starting from the back of the grid.

With a dry line emerging, a race to perfectly time a switch to slicks unfolded. When the pitstop window closed, Burgess held a comfortable margin over Barker, with Lang completing the top three on the road and in the Challenge class.

Save more than a few slippery moments, the top five of Burgess, Barker, Lang, Jackson and Noble Jnr remained unchanged, while Andrew Ferguson took Sean Byrne in the closing stages for sixth and a second-place Masters podium.